Reinventing the World: Plugged to the Earth 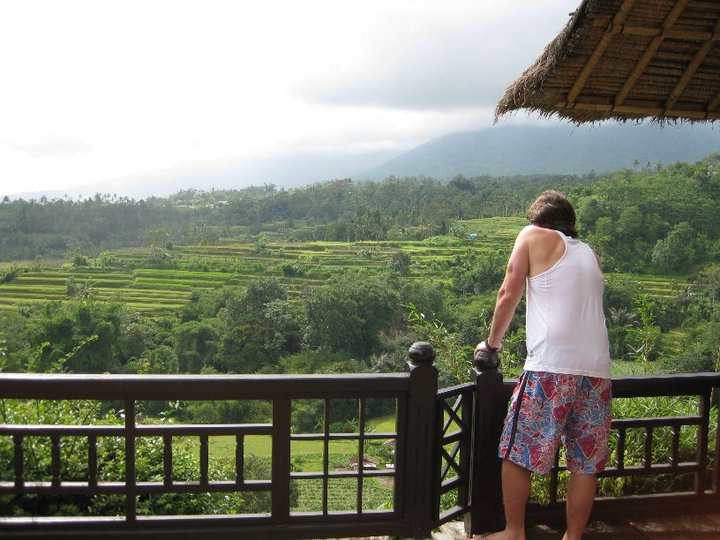 What’s the best way to keep our lifestyle in balance with nature?

In the early stages of civilization, with the introduction of agriculture, cattle, writing and later trading, the first generations of Homo sapiens were in complete balance with Earth. The invention of the calendar is proof that people were willing to wait for the soils to regenerate and animals to procreate so the circle of life could prosper. By the 1800s, natural cycles were replaced by the brute force of industrial cycles that, initially, through coal and then oil, ignited the disequilibrium of mankind’s colonization over the planet.

In my last article, ““, a case of guerrilla-like sustainability was exposed through Cuba’s “Special Period” when oil supply peaked and became tragically scarce. Nowadays, threat of Megatrends such as demographic growth and increased urbanization is alarming. Paris, the city of lights, changed its street illuminations to more efficient ones, saving a lot of energy. Good but not enough. In this sense, radical solutions are required. Today it is possible to observe a fluid state of innovation. It is characterised by an explosion of creativity trying to find a dominant design for what our postmodern civilization wants to become.

Alternative communities such as Arcosanti and The Greater World Earthship Community (both in the USA) are like urban labs in isolated areas. Their aim is to prove that a self-sustainable lifestyle is possible anywhere on Earth. The core idea is that you can live independent of infrastructures and have the benefit of eliminating all utility bills. How? As Earthship Biotecture creator, architect Michael “Garbage Warrior” Reynolds, would say “plug yourself to the Earth“. Earthships are houses built mainly from scrap materials (ideally, locally reclaimed) that are very inefficient for recycling (i.e. tires and bottles), with internal sewage, energy generation and even food production, which removes any need for infrastructures. Earthbuilds, an architecture consulting firm, offers Earthship inspired solutions for anyone wanting to be more sustainable and already has clients all over Europe.

The Global Ecovillage Network is the driving force behind the European City Transition movement and it falls in the same experimental category mentioned above – with the difference of having a seat in the UN Climate council.

At the moment a group of five Durham MBA students, supervised by Professor John Hirst, are actively involved with the sustainable development of Sarvodaya (Sanskrit for “Awakening of All”), Sri-Lanka’s largest “people’s organisation” that survived the Tsunami, the Tamil Tigers, and is currently the main artery of a network of around 15,000 other villages.

Climate Change is not the only reason to speed up sustainability. Poverty also acts with all its might. The London based Dutch architect Maurits Ruis, holds a non-profit and creative commons project advocating the spontaneity and resilience of informal cities (a.k.a. slums). His website, Nightly Built – Design Strategies for Emerging Cities, has fabulous material and many interesting theories, including one about urban fabric viscosity showing that some of these squatter towns, although crying for improvements, were organically built to remain. As Hemingway once wrote “The world breaks everyone, and afterward, some are strong at the broken places…”.

At the top-down side of things there are the examples of Masdar City (UAE), Dongtan Eco-City (China) and Freiburg (Germany), known as the greenest city in the world. These planned cities, still works-in-progress, are fabulous achievements of man and science. However its non-participatory approach raises the question of whether their prospects are faded to becoming empty museums rather than flourishing Ecopolises.

A more idealistic solution is the Circular City, conceived by Jacques Fresco, who by many is considered the Leonardo Da Vinci of our times due to his forward thinking and number of inventions. Fresco is the founder of The Venus Project to which he devoted his 94 years of life, redesigning not only cities but also our culture; bringing a breakthrough solution for life in perfect harmony. Circular Cities have multiple-function intelligent buildings, means of transport that are 100% carbon neutral and can be built using 3-D printing technology (such as appears on the cover of this week’s The Economist). Interestingly enough all assets and facilities are provided for free through a system Jacques coined as a Resource-Based Economy.

Cities are the pinnacle of mankind and it is time to stand ourselves on the only ground we have. As mentioned by Durham’s Institute of Advanced Study fellow Jonathon Porritt, CBE, in his recent lecture Must Utopia Be Sustainable?, the final architecture of what sustainability represents is not yet clear. But such variety proves that regardless of ethnicities, beliefs, nationalities and social classes, people are realizing life has become more challenging and creating synergies between ourselves and the environment is of utmost importance.

Also of interest: The Health Challenge in Emerging-Market Cities at Project Syndicate.