For several months, now, we have been having it well and truly dinned into us by everyone, from the Guardian and the Daily Mail to the government, that diesel engines are a very bad thing indeed. Just a few days ago Chris Grayling, the Transport Secretary, was harping on to anyone who will give him the time of day that the government is talking about having an “imminent crackdown” on air pollution, in the hope that people will be encouraged to chop in their diesel cars for the likes of Toyota Priuses and the glorified milk floats of electric cars, whose gaping flaws I have already written about at great length in an earlier column.

I’m not denying for one second that air pollution in major cities, particularly London, is a problem. All you have to do to prove this is walk about in central London for about half an hour or so, and blow your nose at the end of it; the colour of the contents of your tissue will be a stark explanation of why city air can sometimes leave your throat feeling like it’s been lined with sandpaper. But Mr Grayling and the other usual suspects are wrong to point the finger of blame at ordinary, private motorists and castigate them as being culpable for what some of the tabloids have dubbed an “Air-pocalypse”. They may be an easier target than bus drivers, road hauliers and cabbies, but that doesn’t necessarily make them the right target.

Granted, the exhaust fumes generated by diesel engines are richer in nitrogen oxides, sulphur, soot and similar such nasties than those of petrol engines, but the proportion of them for which modern, properly-tuned and frequently-serviced diesel family cars are responsible is tiny. The real culprits behind the filthy state of urban air in this country are the ancient and clapped-out old buses, taxis, lorries and tradesmen’s vans that pound the roads the whole day and night long, and that undergo servicing and tuning only very infrequently – if ever.

If you think I’m making this up, let me steer you in the direction of Oxford Street in the centre of London, which boasts a permanent device that takes a daily reading of the area’s air quality. The reading has tended to be very high, but very stable and consistent, but a short while ago it was reported that on one particular day, the reading recorded that the air sample was only about a third as polluted as normal. Any idea why that might be? I’ll tell you why: it’s because the London bus drivers were on strike that day. The next day, when the buses were running as normal, the air of Oxford Street proved to be just as foul as ever. It’s blatantly obvious, therefore, that private family cars cannot justly shoulder the lion’s share of blame for London’s dirty air; in fact, on that particular day, it’s entirely likely that many more private cars were on the roads of the metropolis than usual, as a direct consequence of the buses being out of action.

As vehicles and their constituent components age, it is inevitable that natural wear and tear will render them less efficient, and the catalytic converters and other mechanical gubbins whose job it is to minimise the amount of filth that gets released into the atmosphere are no exception to this rule. You would therefore be forgiven for assuming that local authorities would insist that diesel-powered modes of public transport are replenished with new stock on a fairly frequent basis, and that older, more polluting buses and taxis be removed from the roads, but this, counter-intuitively, is not the case; a BBC report last week found that the majority of buses serving the good denizens of Wales are, on average, twenty-five to thirty years old. That, in the context of any vehicle’s lifespan, is practically halfway to fossilization, never mind a vehicle used for public transport, the workload of which will naturally be infinitely heavier than that of a private car, and you only need to look at the numberplates of any bus or licensed taxi anywhere in the country to realise that dirty, aged engines are by no means confined to Wales. Against this backdrop of councils keeping worn-out and inefficient engines on the roads for far longer than is good for the air, it is unsurprising that the air quality reading in Oxford Street was so much better when public transport was less available than when it was running at normal capacity.

Yet it sometimes seems that to breathe a single word to the detriment of public vehicles such as buses and taxis is the greatest heresy, and only the most earnest participation in demonisation of private motorists who just happen to drive diesel cars will suffice to prove that one is in fact bothered about air quality in Britain’s cities. This is, quite frankly, baffling; in Britain, a healthy democracy with a relatively fearless press, one would generally expect that public policies of any kind and at any level would be subject to a robust degree of scrutiny, carefully weighed up against empirical and indisputable evidence. After such treatment, one would also expect that policies found to owe more to blinkered ideology than to hard evidence would be exposed as such and their architects forced to jettison them – but, it would appear, these normal rules of thumb of scrutiny and accountability suddenly cease to apply whenever the policy in question has the slightest thing to do with the environment, leaving private motorists possessed of relatively-clean cars to be unfairly typified as folk devils while the worst polluting vehicles are permitted, by those bodies responsible for maintaining the air quality of their jurisdictions, to belch out as much nitrogen oxide, sulphur, soot and smoke as they can. This has plainly got to stop; if local governments and the national government are the slightest bit serious about tackling the abysmal quality of our cities’ air, they must ensure that the most heavily-used vehicles are subject to much more frequent and rigorous servicing, and more frequent renewal, than is currently the case; in comparison, the contributions of private motorists to urban Britain’s poor air quality are very small beer indeed. 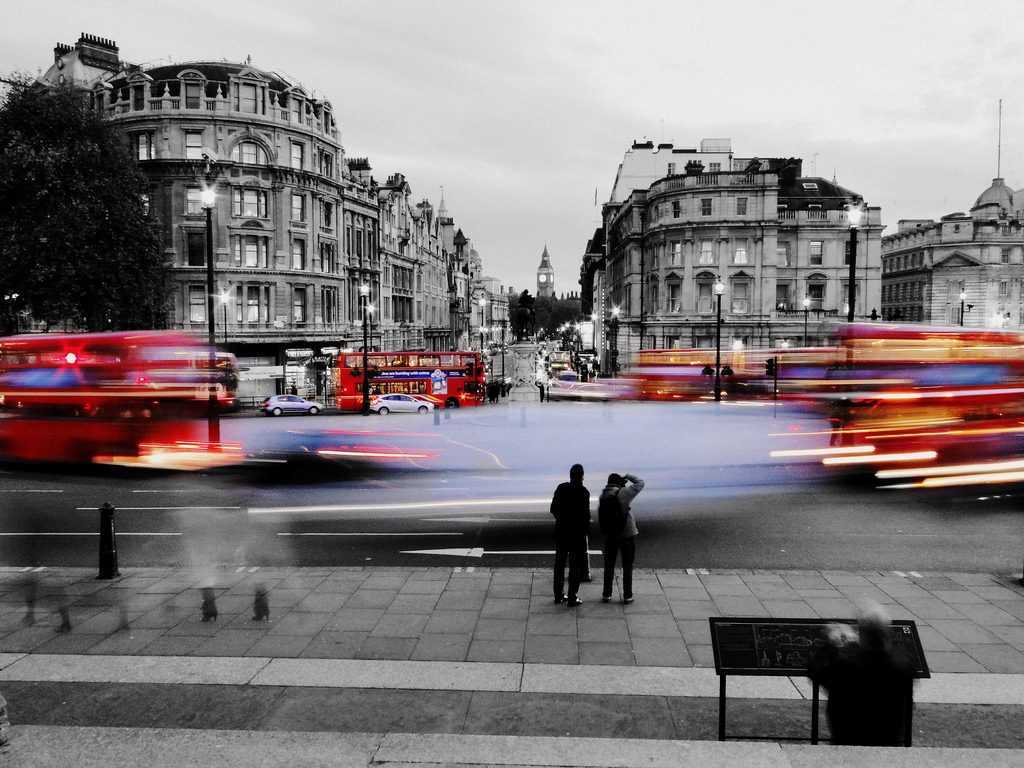 ‘The real culprits behind the filthy state of urban air in this country are the ancient and clapped-out old buses, taxis, lorries and tradesmen’s vans that pound the roads…’