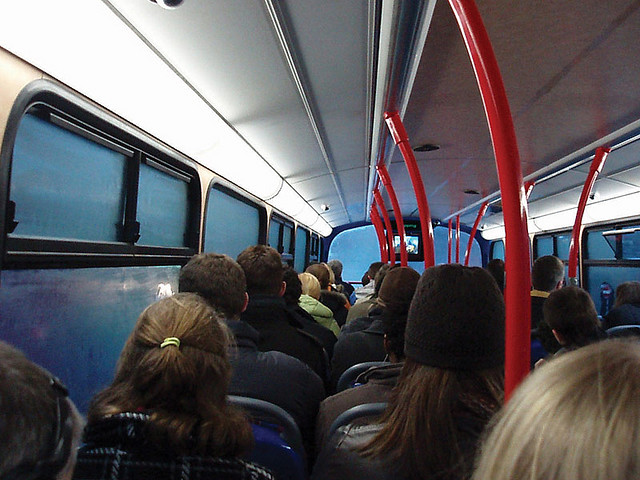 When I was learning to drive, two thoughts kept me motivated whilst struggling with hill starts:

Public transport in this country is so bad that I imagine asylum seekers want to return to their war-torn countries after using it. I didn’t realise the state of this fully until I went abroad, when a travel card in Warsaw of all places cost 40p, and everything was on time – and this from a country which is inferior to ours, according to the Daily Mail. Then again, the Daily Mail probably argues that immigrants also give us cancer. This article is a brief summary of why we shouldn’t put up with our atrocious transport system, and why passing my driving test after an undisclosed number of attempts was so joyous for me.

I keep referring to cars in relation to public transport because the only people that use public transport, other than for commuting, are people that are too young, too old, or too poor to own a car. I have met a variety of “colourful characters” on trains, and by colourful I mainly mean crack-heads. Genuinely, on more than one occasion I have been yelled at by a stranger on a train for wearing yellow clothes. Maybe it’s because they don’t match my eyes. I digress, but you would never get this situation in a car. You choose the people who go in your car, and you can always sit down on a seat that (sometimes) doesn’t smell suspicious. It’s no surprise that Top Gear is the most watched BBC show worldwide, and it is no surprise that the presenter’s jobs are also the most sought after. There is no such thing as Top Public Transport, mainly because it would consist of extremely boring tests of the various vehicles. The people that use public transport are equally as miserable as you, and that is because they don’t have a car in their lives.

The state of public transport is appalling. I had to commute to London every day for a month for my teaching course, and on the rare occasions when I got a seat I had a little celebration. There are few things sadder than celebrating paying £17 for a daily journey where you might get a seat, and a seat which hasn’t been cleaned in years.

When riding on this depressing Tube I feel like I’m on Charon’s ship crossing the Styx. Every train will have graffiti on it, the faint smell of stale beer and the promise of hearing an announcement warning me not to leave unattended baggage. Most businesses operate under the assumption that the customer should be treated well in order for them to return to that business for future sales. That premise definitely doesn’t apply to public transport, where consumers are treated like cattle who can do nothing about the state and price of the transport, as for most commutes there isn’t another alternative.

Finally, as I have already alluded to, the price of public transport is barbaric. The public transport system is half-privatised, meaning that the government pays mainly for the repairs whilst the private companies make a profit on the extortionate fares. Furthermore, unlike a fully free market, it’s not as if you can choose the type of train provider for your journey – as you normally have to catch the 8:15, say, or be late for work. You would also hope the extortionate fair would justify the service, but with an increase in prices I haven’t seen an equal increase in the amount of trains operating. Congestion charging is a good idea for reducing car traffic in London, but when it forces people onto an already overcrowded service as an alternative, this is surely wrong. I’m glad that London won the 2012 Olympic bid (despite the truly hideous logo seemingly drawn by a blind man with a ruler), but I will be avoiding London because the public transport will be unbearable.

I’m tired of using public transport, and avoid using it whenever possible now I have the joyous alternative of driving (now with 10% cheaper insurance because of the EU equality ruling – get in). As a country we are poor at taking action. I read a story in Japan that a commuter was so angry that his train was delayed that he marched into the ticket office in his underwear to display his annoyance. Maybe if we take similar action, then we can aspire to a public transport system similar to the Japanese.