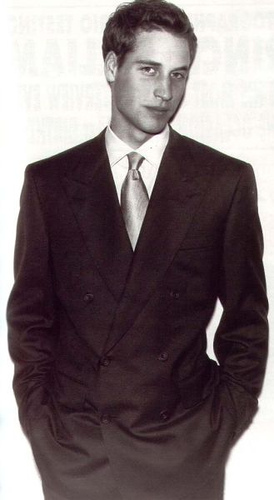 The next James Bond?

As the anniversary for the war over the Falkland Islands draws near, there appears to be an increasingly fractious war of words between the British and Argentine governments. Back in 1982, the Argentine military junta attempted to invade (or as they would put it, ‘reclaim’) the small group of islands just off the coast of South America. The Prime Minister at the time, Margaret Thatcher, sent a British task force to retake the territory. This, they managed, after a mere 74 days at war.

The Argentinian claim to the Falkland Islands is rather vague, to put it mildly. In the dim and distant past, John Strong (a British sea captain) discovered the islands and, a little while later (1765 to be precise) a colony was established. So far, so simple. But what complicates the whole story is an edict issued by a fifteenth century Pope which divided the “New World” as it was then, into the Portuguese Northern Hemisphere and the Spanish Southern, including in this pronouncement all the lands not yet actually discovered – which then included the Falkland Islands. Consequently, when Argentina obtained its independence from Spain in 1816, it used the rather tenuous Spanish claim as the basis for its own. A complex series of claims and counterclaims ensued between Britain, Spain, France (who briefly established their own colony on the islands) and Argentina. During this time, a very short and relatively unsuccessful Argentinian colony was established which, largely failing, was eventually occupied by the British in 1833. At the time the islands were seen as a vital stop-off point for ships sailing around the Cape Horn, just off the bottom tip of South America. Now, however, their importance has changed significantly with recent oil discoveries in the area and the development of a thriving fishing industry.

Over the past few weeks, accusations of colonialism have been flying back and forth between Buenos Aires and London with Prime Minister David Cameron condemning his counterpart’s purported expansionism. For her part, President Kirchner accused Britain of being a fading power and various other rude and hurtful insults. The whole situation seems much like a feud between parents over whose children should get to use the swings.

Aside from the rhetoric, both nations are engaging in various petty retaliations, with the Argentinians having manipulated a South American trading bloc into banning vessels flying the flag of the Falkland Islands from their ports following claims that the vessels were fishing in Argentine waters. Britain, however, is not entirely helping the situation and seems to be very successfully winding up the Argentinian government yet further. Firstly, a brand-new destroyer, HMS Dauntless, has been added to the ships stationed at the islands. Unsurprisingly, this has somewhat aggravated the Argentinian government and led them to claim that Britain is militarising the dispute (quite ironic given the islands’ recent history). But, perhaps more significantly, they are enraged by the most recent immigrant: Prince William, Duke of Cambridge.

The Prince (as part of his RAF duties) has been sent to the Islands to participate in search and rescue missions. But this is clearly not his real reason for being there… or at least so the Argentineans apparently believe. His arrival has incensed them despite assurances from the MOD that his presence is purely routine. But maybe the Argentineans have a right to be worried – what if there is another reason behind the Prince’s presence… What if the Prince is on a secret mission?

While this might sound an incredibly far-fetched idea, it does have some plausibility. After all, many of the Prince’s royal ancestors participated in various acts of bravery and daring. His own uncle, Prince Andrew, flew helicopters during the Falklands War. But I suspect that Prince William’s mission is rather more covert and clandestine – involved in a plan taken straight from the pages of an Ian Fleming novel. All the elements are already present – a villainous foreign government, oil deposits, some bleak and desolate looking locations (the perfect supervillain lair), as well as nearby South American beaches on which the Prince can look suitably rugged and handsome all over. What his mission might be is a complete mystery, and, if it’s anything like a James Bond film, will be completely irrelevant to the large swathes of destruction that will flow in the Prince’s wake. And there is even solid evidence (not withstanding a little circumspect surmising) to support this.

A few years ago (2008 to be exact) it was revealed that the Prince had participated in a secret mission. As part of a “training exercise” the young Prince went underwater in a British submarine for almost a day before being winched away the next morning by a helicopter. An introduction to a Britain’s nuclear deterrent? Perhaps. But in my view this is a simple explanation for something clearly far more covert. And then there are his other activities – his involvement in all three armed services, his collection of smart suits and uniforms, and his suave demeanour. What is more, he has the perfect cover for infiltrating governments across the world – his Royal status. Nobody would bat an eyelid as he tours the globe, asking questions and gaining access to the circles of power. Indeed, few would dare to challenge him – with the obvious exception of the Argentinians. Who could possibly be better suited for the role of a superspy? But I hardly think Argentina need fear the arrival of the Prince… after all, he isn’t Harry.

And now – moments before sending this article off to my editor – there is breaking news. Argentina has claimed that Britain has sent a nuclear Vanguard-class submarine to the area; a claim that we have denied. But how exactly could the Argentinians know of this vessel – one that is supposedly impossible to detect? I find that there can be only solution – Prince William must be a double agent!