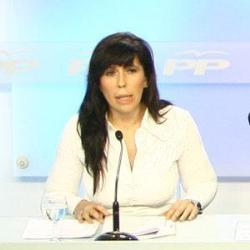 Unless you hid under a rock for the first six months of this year, you’ll know that elections can be complicated things. What always amazes me is that, largely thanks to the media, the political issues themselves usually matter less than the people who argue about them, and both are subject to copious levels of spin. In Britain this spring almost every billboard in every town featured a party leader staring down at us beside some sort of slogan explaining why they were either Satan’s lovechild or God’s gift; party political broadcasts costing more than Ireland’s current bank balance begged us not to condemn our country to the other parties’ reigns of terror; Facebook and Twitter became political weapons. Thank God, most of us said, we didn’t have TV adverts as well.

If you’ve seen any of those cringe-worthy American adverts where an “authoritative, genuine family man” type talks about how his values make him different, you’ll understand just how painful that could have been with, say, Gordon Brown. But there is an alternative path for political TV advertising, and the Spanish have demonstrated that it can make you shudder for entirely different reasons. According to a new advert by the Young Socialists for the regional elections in Catalonia, “Voting is a pleasure”: so much so that the young voter actually has an orgasm.

You’d never see that in the middle of Emmerdale, now, would you?

Responses have, predictably, varied. Alicia Sanchez-Camacho, candidate for the conservative Popular Party of Catalonia, called it an “attack on the dignity of women”. Even within the Socialist Party of Catalonia, opinion is divided: health minister Leire Pajin called for responsibility and respect for women from all political parties, while the leader Jose Montilla (who is standing for re-election) supported the ad claiming that “if it encourages people to vote, it’s a good thing”. Honourable mentions must go to Socialist equality minister Bibiana Aido, whose biggest concern was not the ad’s potential sexism or suggestive content, but deception: “If it was true, electoral participation would go up greatly, but I think we are dealing with a misleading advert.” Still, the best response by a country mile came from Joan Herrera, leader of the Green coalition in Catalonia, who admitted it would be “very difficult to reach orgasm voting for any of the candidates, myself included”. Honesty is the best policy, I suppose.

I’m the first person to advocate increasing political participation. My thoughts have always been that apathy is so serious in so many countries, including Britain, with young and minority demographics presenting the lowest electoral turnouts, that it makes sense to use every available medium to engage them in public affairs – but I meant Facebook and education, not porn and prejudice. Catalonia’s election campaigns are symptomatic of a failure becoming endemic in Western societies: something is going very wrong when people are so disinterested in political affairs that officials have to use sex and xenophobic shoot-em-ups to lure them in, or, when officials think they need to use them because they don’t think people will respond to anything else. If it’s the former, we need to ask ourselves why we’re not more interested in our rights, but politicians should also think about why people care so little; someone, after all, is to blame for our disillusionment with politics. If it’s the second option which is true and the officials are right, that’s a damning indictment. If they’re wrong, people who misunderstand their voters to that extent shouldn’t be representing them.

Above all, I just don’t see how it will work. If parties and activists want to encourage people to vote, they need to do it by making them aware of issues and how they will affect people’s everyday lives, so that they can form opinions and act on them. Otherwise, no amount of misleading sexual advertising or look-at-us-we’re-down-with-the-kids-homie games will fill the apathetic void at the heart of most modern democracies.