Popular Culture as Art: What One Can Learn From The Legend of Zelda 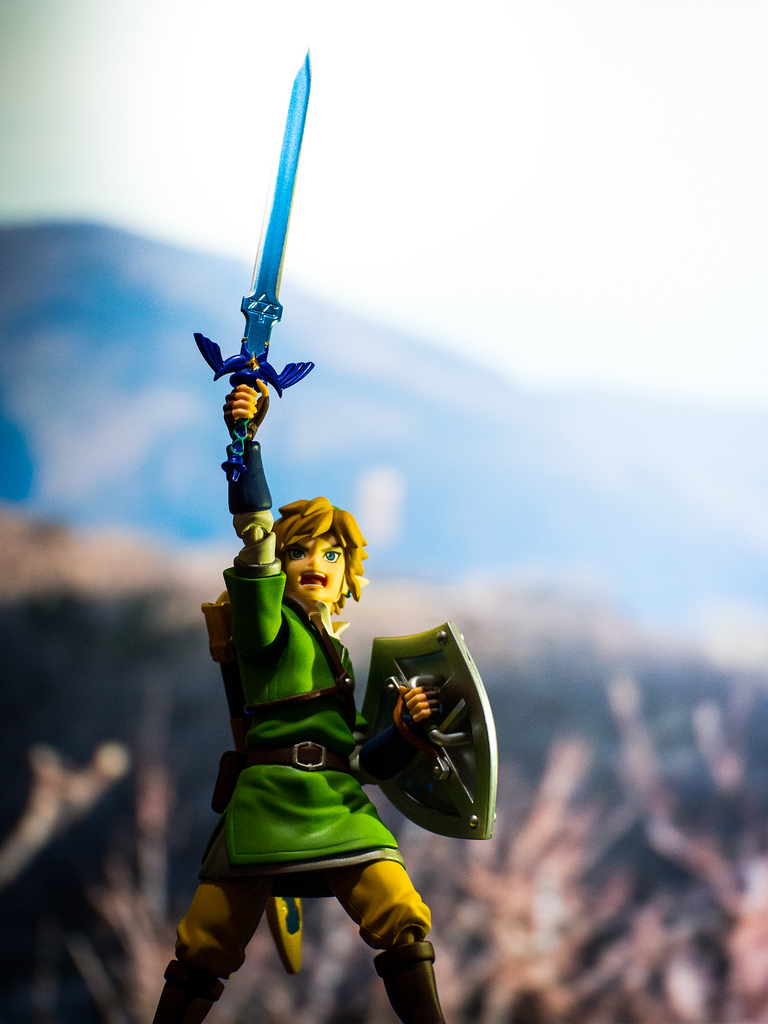 Mastering Hyrule has ramifications beyond the television screen.

Over the past summer, due to a lack of employment, I got a chance to dust off my old Wii (which since 2008 I have been using as a doorstop) and revisit a few of the games. Whilst I was playing I realized that the brilliance of the franchise lies not because they are simply ‘fun’, but because the world of the game induces such a level of immersion through its music, story-telling elements, and idiosyncratic visual art style that evokes such a perfect sense of atmosphere that the game is not simply played but experienced and felt. It is these qualities that make the games such a significant source of nostalgia for anyone who grew up playing them. The Zelda experience resonates so deeply with any player that, and I speak from personal experience; there is instant affinity between two Zelda fans that transcends age, culture and religion.

Whilst I am not trying to suggest that Zelda is the key to world peace, I want to reflect on why the games engender such a universal emotional attachment to anyone who plays them. Perhaps one such reason is that Nintendo arguably created a world that is at the same time fantastical and grounded in reality. How can this be done? Through the use of particular story-telling motifs in the game speak to fundamental aspects of the human condition. I would be audacious enough to assert that Homer’s Odyssey, Tolkien’s Lord of the Rings and Dante’s Divine Comedy are each comparable to the stories contained in The Legend of Zelda series because the framework in which the narratives are articulated in are grounded primarily in an archetypal motif of ‘the journey’. By this I mean the journey of life, the fundamental human belief that life is a narrative, our own story that unfolds day by day. A story that features adversity that has to be overcome; a story that features an innumerable number of supporting characters; some of who will be fundamental to the trajectory of our journey. As Shakespeare famously wrote: ‘All the world’s a stage, and all the men and women merely players’, for what is the point of living if we aren’t the heroes in our own epic quest, if we aren’t the leading role in a tale of romance, comedy and possibly tragedy? The Legend of Zelda is a kind of metaphoric appropriation of this fundamental inclination of the human psyche: a playable fantastical representation of life itself.

It is also interesting that the lead character is named ‘Link’. In a sense, the name signifies the essential the essential ‘link’ between the hero within the game and the player him/herself. The character design reinforces the idea by presenting Link, not as a muscle bound heroic archetype, but as an elven, mute teenager dressed simply in a green tunic. It was thus not just because of the lack of spandex that I felt much more comfortable in my Link costume this Halloween than I did in Superman one last year.

Running with the ‘journey of life’ metaphor, when we consider the immensity of the world we as human beings are called to face, the character seems even more appropriate. When we are called to make our way through what Dante called ‘the dark wood, where the right way is lost’ – our human lives; should we not respond with the innocence of youth: an open-ness to the unknown, a willingness to explore in uncertainty of what the future holds? This is an idea that philosopher John Caputo holds, establishing the inherent truth in living an ‘unhinged’ life, remaining faithful in one’s openness to the infinite possibility of life itself and denying any notion of ‘Objective Truth’. For how does life hold the excitement, the reward and fulfillment of true adventure if we can claim to definitely know what it is a about?

For someone who has never played a Legend of Zelda game, my comparisons might seem slightly outlandish. The misconception of the older generation is that whilst games have improved technologically, they are not a worthwhile pursuit and a waste of time. However John Stuart Mill in his understanding of the philosophy of utilitarianism establishes that it is the higher intellectual pleasures that ought to be pursued in order to pursue true existential happiness. What classifies something as a higher or intellectual pleasure? Intellectual pleasures, whether it be literature, visual art or film are understood as worthwhile not simply because they entertain, but because that inspire thought, reflection and give consumers insight into the fundamental structures that fuel human meaning-making. I hope I have given you some insight into why I think games like The Legend of Zelda do just that.