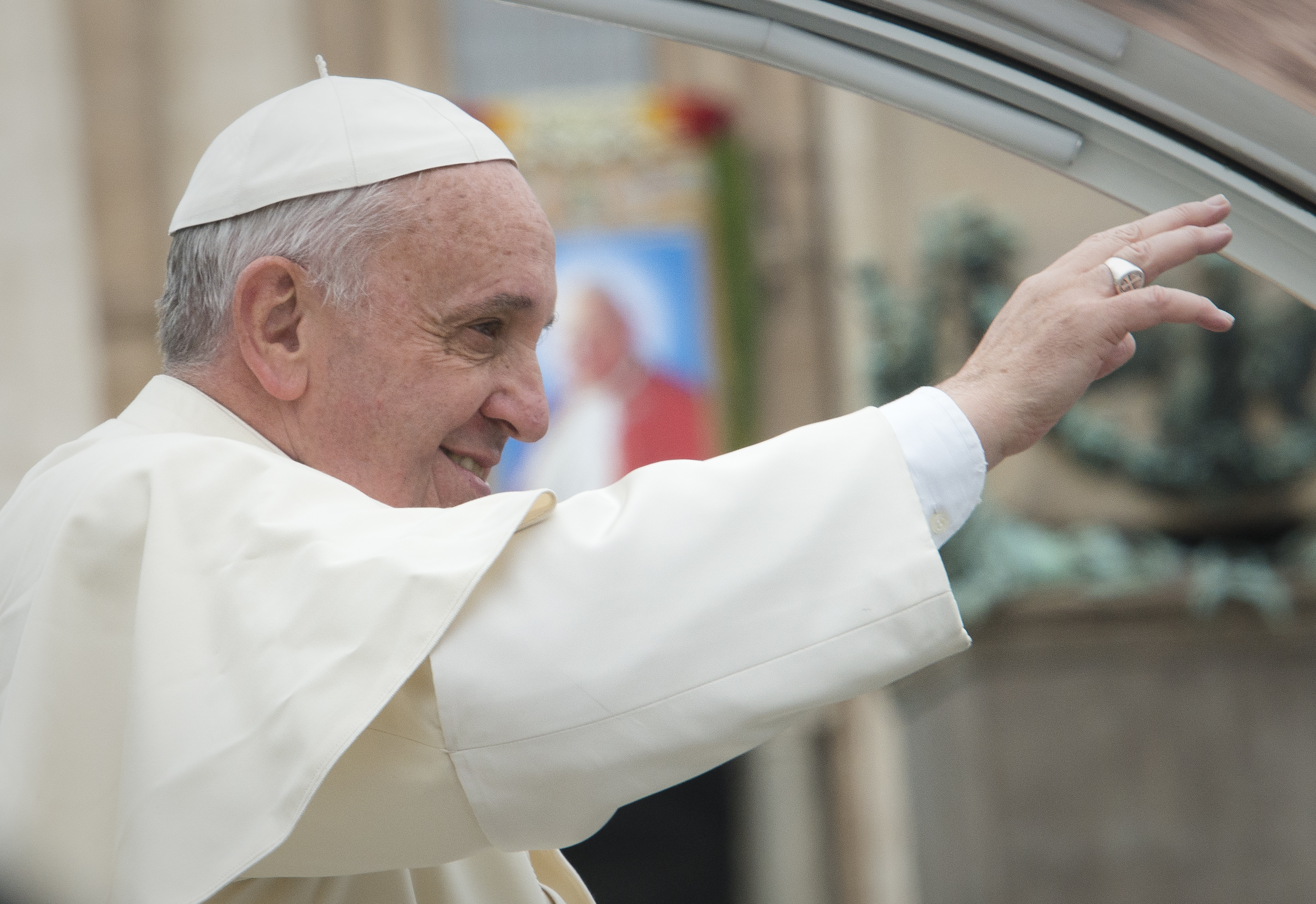 Jorge Mario Bergoglio, or more commonly known as Pope Francis, is the first Pope of the Americas, and the first Pope to take the name of the 13th century saint, St. Francis of Assisi. These are a few of the Argentinian pope’s many firsts; his two year reign has so far been a storm of political and ethical involvement. Many believe that he brings with him an answer to what people want to see from the Catholic Church, others view the changes he has instilled as an unhealthy radicalization that is either for show, or against the much-revered and established traditions of the Church. His involvement is most keenly felt through his rhetoric, and if we consider the Orwellian principle that speech engenders thought patterns, and how weekly Mass at the Vatican has become thrice as popular since Pope Francis’ ascendance, then this factor becomes important, if not crucial, to the understanding of the Pope’s character and the Church’s standpoint.

Many hail the Pope as a great reformer, and to some extent this is true. His idea of a “poor church, for the poor” resonates in his actions towards the poor in Italy, and towards the officials inside the Church itself. The first change came in the form of three showers for the homeless which were installed in public toilets, a short distance from St Peter’s square, at the Argentinian pontiff’s request. He also selected ten Roman parishes the homeless were known to frequent and built showers there. In December, as part of celebrating his birthday, Pope Francis ordered the distribution of dozens of sleeping bags to homeless people across Rome, and parishes in the Italian capital have been asked to follow suit with similar initiatives. A further recent addition has been the organization of a charity which will consist of volunteer barbers and donated equipment, already given to the Holy See, which will offer a hairdressing service to the homeless. The pope’s care has also extended towards a homeless Belgian man who had lived until December on the streets around St. Peters. He has been buried in an exclusive Teutonic Cemetery built within the Vatican.

Pope Francis has taken on the name of St. Francis of Assisi for a reason, and has so far extended a caring hand to those in need, much like when he was a pastor in his home in Buenos Aires. Pursuing this course he has also targeted, what he has referred to as, “spiritual Alzheimer’s” within his Church. For many years the religious officials of the Vatican have been too comfortable in their position, accumulating wealth and forgetting the teachings of Jesus Christ on material possessions. As a response to this “worship of the ancient golden calf”, Pope Francis in a Christmas address to the Curia, listed their fifteen “ills” and along with nine key cardinal advisers is drawing up plans to remodel the whole bureaucratic structure, merging offices to make them more efficient and responsive. Other measures are hopefully soon to come.

However, if we are taken in by his actions towards the poor and the corruption within the Vatican itself, and we are inclined to respect what he has done on this front, the Catholic Church still has many wrongs to atone for. Accusations of child abuse, ranging from physical violence to rape, have frequently been levelled at the Catholic Church and its priests. Only recently an announcement has been made of ten priests and two Catholic lay workers, who in the city of Granada, have been charged with the sexual abuse of altar boys from the years of 2004 to 2007. Pope Francis then organized a commission, headed by American cardinal Sean O’Mally, and containing both clerics and lay people, as well as two victims of sexual abuse from priests, who will be investigating the case. This was followed by a letter to the heads of national bishop’s conferences and religious orders, demanding their complete cooperation with the commission. This is a step forward in redressing the wrong that has been done but it is also too little, too late. Although the Pope is the ultimate authority within the Roman Catholic Church, and a word from him holds much weight amongst the religious community, this can never be enough to remedy the damage done. One is inclined to look at the argument of Stephen Fry that this issue could only arise from a faith which breeds ‘hysterical virgins’. Their sexual abuses come from the priests’ very way of living, and a much more fundamental reorganization will have to take place if the Church is to move forward.

Apart from this, the pope has made some controversial comments concerning physically disciplining children. He stated that to be able to “correct with firmness” a child’s behavior is “beautiful”, and allows for the child to retain a “sense of dignity”, as long as excessive force is not used. Some may view these remarks as harmless, but they are contextually callous, considering the current use of corporal punishment on children in Catholic-run schools and institutions. The UN human rights committee has requested of the Church to denounce this method of disciplining, as it breaks the UN treaty on the rights of the child, but has elicited only a tentative response from the Vatican. Its claims are that it is only responsible for the treatment of children inside the Vatican City State and cannot influence Catholic schools outside this jurisdiction. This remark is either misguided or blatantly disrespectful towards the UN in its disregard for the treatment of children, for it pleads with us to believe that Vatican has no authority outside its bounds. Considering that the Vatican is the center of power and influence for the Catholic Church, this is clearly untrue and if we apply this statement in practice, then the Vatican should cease to meddle in any world affairs – a position it will be unlikely to pursue.

For those therefore convinced that he is a radical reformer, this is not truly the case. Take, for example, his comments on how “gender theory” is a plot that would “disfigure the face of man and woman, destroying creation”. The same goes for “genetic manipulation” or the “manipulation of life”, presumably referring to issues such as abortion and euthanasia. This is a long-held view by the Catholic Church which resounds with its conservatism. Some may argue that the Pope’s recent meeting with a transgender man and his fiancée would prove otherwise; however, the Vatican has refused to even confirm this meeting has taken place, a sure sign of a lack of “acceptance”. On the other hand we cannot ignore the fact of a gradual liberalization in thought on certain areas, which the Church has either previously remained reticent on, or has not deigned to delve into. Poverty is certainly a main issue, but recently global warming has become one too. The Pope views current climate change as “man-made”, something previously unacknowledged by the Church, and seeks to address it from an ethical perspective. We must therefore view the Pope not as a symbol of support for one side or the other, but a man who combines the Church’s desire to remain set in its ways, and the need for progress.