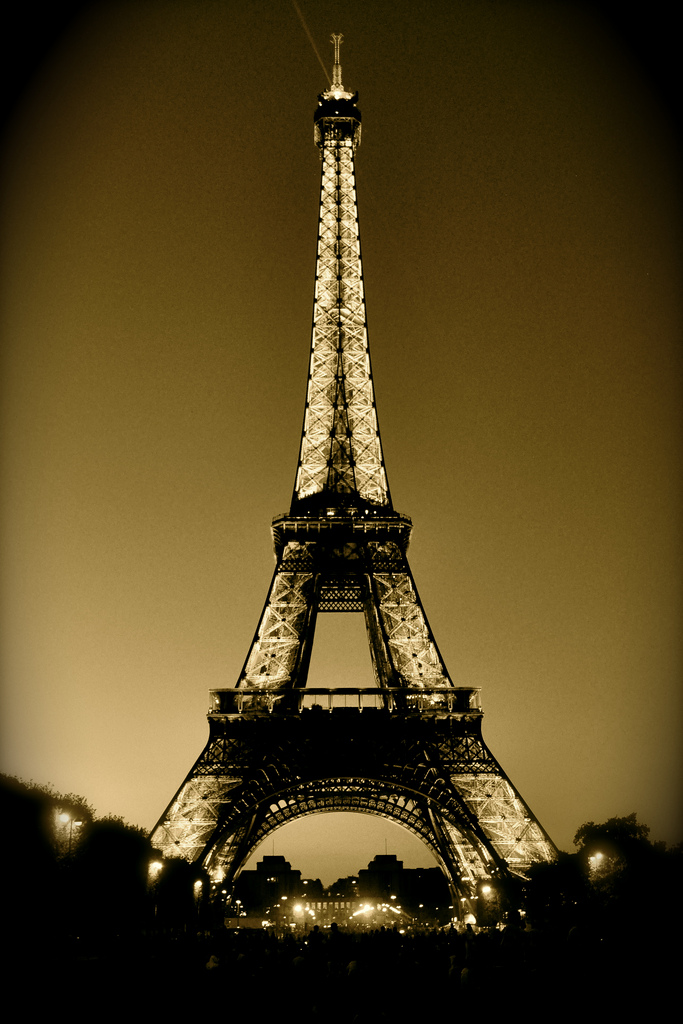 Paris has a reputation as being a ‘magical’ and ‘romantic’ city with charms and curiosities lurking round every corner. Based on its showing so far, it’s not really living up to its billing.

Last week, it almost delivered. A couple of friends and I made our way over to the Eiffel Tower to see the world’s most famous telegraph pole by night, when it supposedly takes on a different dimension. While simultaneously taking touristy photos and trying not to look like tourists, we noticed a loud cheer erupt from just in front of the tower. We turned round to see a teary woman stood atop a stone block, a man still kneeling before her as she gazed adoringly at her hand and the sparkly new ring it now bore.

As you can expect, cries of “ahhhhh”, “how romantic” and, with an American party close at hand, “Oh my god that’s so cuuute” rang out. But, just when he had the crowd on his side, the newly engaged man nearly threw it all away.

I looked round again and now the bride to be was standing awkwardly, still upon her little podium, but alone, and instead of at the ring on her finger, she was now looking around anxiously not knowing what to do with herself. It turned out that her fiancé was huddled round with his mates making sure they had caught the whole thing on video! Meanwhile, her joyful excitement had been replaced by disbelief as all eyes turned to the action replay, leaving her up there looking pretty silly, rather like a lemon.

It was a pretty baffling display, and us onlookers didn’t really know how to react. I could have got philosophical, regretting how these days people are so concerned with capturing and saving life’s precious moments that they forget to actually live them. I could have got angry at how Americans live their lives, and Paris, behind a camera lens. But I didn’t – I just felt a bit sorry for the woman, who was still on that stone block.

That was the second proposal I’ve witnessed here. The first took place in slightly more humble surroundings – a shadowy corner of Barbes Rochechouart metro station, where by night the gutters host a steady flow of piss and mice.

As the train I was on drew into the station, a dishevelled man was knelt on the platform in front of a disinterested woman, one hand trying to hold hers, the other making sure none of the contents of his can of supermarket lager were spilt. As the train drew away again, we rattled past a figure at the other end of the platform, standing on tiptoes and urinating into a bin. And so the idyllic scene was set. It was no lit-up Eiffel Tower, but what this proposer lacked in setting, he more than made up for in managing to pay attention to the woman he was asking to spend the rest of his life with. At least he got the basics right.

Despite being an undoubtedly stunning city, Paris also serves up its fair share of grittiness and cheesiness. The myth of Paris as the romantic capital of pristine chic has been somewhat broken, but its curiosities and charm remain intact nonetheless.