P is for Present 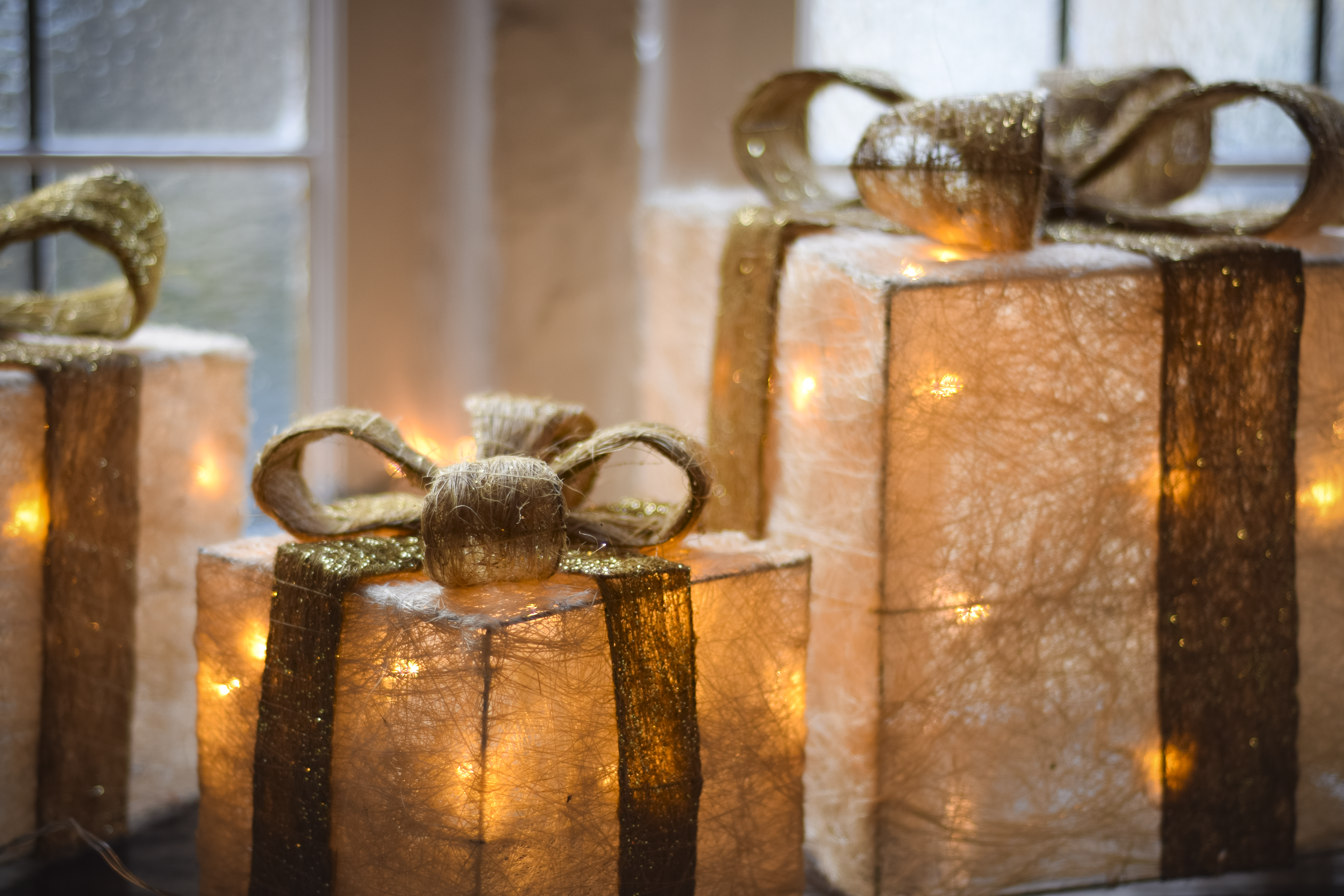 “People make such a fuss about presents, not just because of the material objects that they receive, but because it’s more about the feeling of being appreciated, loved, and noticed.”

Today I accompanied one of my friends as she went to buy Christmas presents. Now that it is nearly Christmas (I say nearly), a lot of people seem to look forward to the prospect of having to buy various gifts for their friends and family. Coming from a country in which Christmas isn’t celebrated with much enthusiasm, the whole preoccupation with choosing Christmas presents is slightly alien to me. In fact, the whole process of having to pick the right present for anyone for any occasion feels like a laborious task I do not want to subject myself to.

When it comes to the most worthy art of present-picking, it would be safe to say that I haven’t been rewarded with good taste. Whenever a friend’s birthday comes up, I either A) choose to buy an abundance of something edible such as cake or sweets or crisps or B) ask them directly about what kind of present they want/need/expect from me. Of course, I don’t feel entirely good about myself when I do that. In fact, I start to vaguely wonder whether I should or should not actually try harder and spend more time agonising over the smallest details about a present that, unless it is edible, may or may not be stashed away into a remote corner of a remote room. When I wind up brooding over the whole point of gift giving, that torment I go through makes me think about the pain various other people must have gone through while trying to find the perfect present. It also makes me wonder who started this tradition of gift-giving in the first place.

Was it the Three Wise men? Was it the Romans, who supposedly had this tradition of giving good luck tokens to the emperor and amongst themselves? Was it the Druids, who is said to have made gifts of mistletoe at the beginning of a new year? Or was it the Native Americans with their potlatch – a ceremony that celebrated the key events in a society (births, deaths, weddings, et cetera) by distributing wealth amongst themselves? There are various beginnings that show us that the tradition of giving gifts has been with us for a long, long time.

After I try to contemplate on the beginnings of the nightmarish task, eventually I give up and assure myself that a heartfelt letter will do a better job or pleasing the receiver than a half-hearted attempt to buy a half-pleasing present.

Of course, that “heartfelt letter turns out to be a distracted, anything but eloquent, well-I-don’t-know-what-I’m-writing-about-but-at-least-it’s-long affair that surprisingly does manage to make some people smile. Maybe they can see the “effort” that I managed to somehow force onto those pretty pages of paper.

So anyway, my method of gift-giving doesn’t really feel like I’m giving anything to anybody. It just seems like an in-between, half-ready thing that had to be given out quickly just in order to make it seem like I tried.

And this irritates me.

Presents and gifts actually give people time to mull over the various personalities of the people that they are going to give the said objects to. Even when you think you actually know someone pretty well, trying to find the “perfect” present for that particular person is nearly impossible. I was making a feeble attempt to buy one of my best friends a worthy present for her birthday, when I realised that I hadn’t the faintest idea what she would want. I ended up buying her a cake, some small notebooks, and a “heartfelt letter.” I’m not really sure if she liked those meagre presents or not, but she did seem to appreciate them. I think.

Presents are also ways of showing how much you care. It is said that the Hanging Gardens of Babylon (if they did exist) were built as a gift from King Nebuchadnezzar II to his homesick wife. The statue of liberty was given to the Americans from the French, as a gift of friendship. Elizabeth Taylor received a 69.42-carat diamond from one of her husbands, Richard Burton. Admittedly, the size of a present does not signify just how much one cares, but this is just to show what people can do in order to show that they genuinely do care. You wouldn’t buy a 1.5 million dollar diamond on a whim, would you?

In the end, though, it isn’t just about the material objects. People make such a fuss about presents, not just because of the material objects that they receive, but because it’s more about the feeling of being appreciated, loved, and noticed. They can see that other people care. Even if there are other ways of showing such feelings, it’s just really hard to actually show them in depth; presents are just a shortcut to notice those small bursts of affection. Really. There aren’t a lot of other ways to express love as eloquently as you wish. If people had enough confidence in their feelings and their words, the notion of presents in general wouldn’t have evolved. People wouldn’t have felt the need to assure another person of their gratitude, congratulations, appreciation unless they felt that words and actions just weren’t enough.

Who would’ve wanted to go through all the trouble of buying; all of those annoying thoughts on what to get that quickly evolve into the action of going outside to buy something adequate, and then the whole affair of packaging and presentation and etcetera, etcetera, unless they felt that the other person deserved it. And knew that they deserved to see the feeling of appreciation and love turned into something material. Take a while to appreciate that.

Well, even if I know this, that doesn’t mean that I’ll suddenly become an expert in the art of gift-picking.

I’d rather write a heartfelt letter anytime, thank you very much.