Nick vs. Nigel: the real dilemma 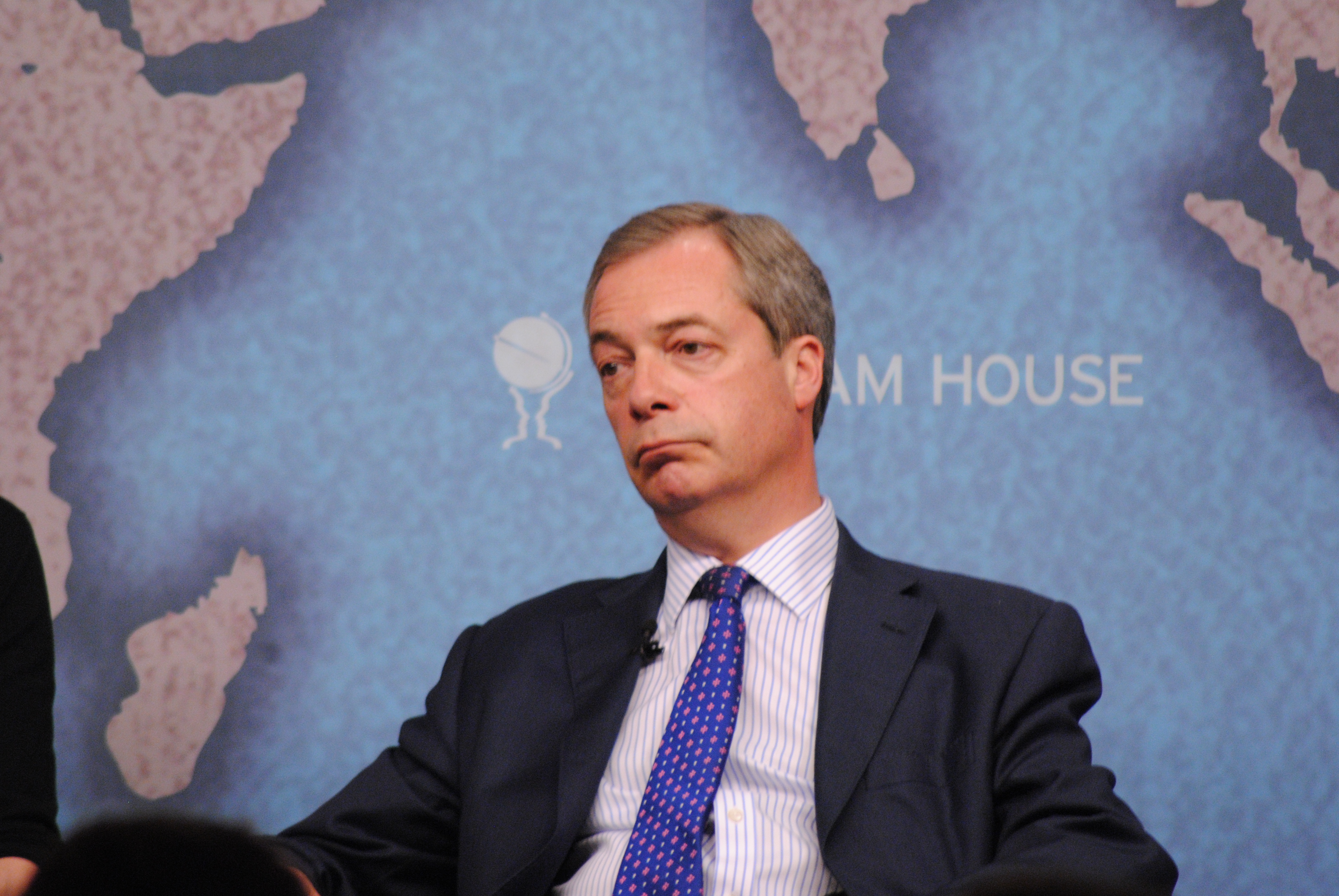 Nick Clegg really threw away an opportunity, in losing two debates over Britain’s EU membership to UKIP leader Nigel Farage. And I’m not talking about the opportunity to regain public confidence in the Liberal Democrats. Nor do I mean the opportunity to make the case for British membership of the EU. I’m not even referring to the opportunity to highlight the dangers of the TTIP which will allow US corporations to effectively sue European governments and which Mr Clegg and Co™ have failed to oppose (but that’s a story for another day). I am referring instead to the opportunity to push home just how urgent it is that UKIP are not handed a position of any authority. The real dilemma in the Farage vs Clegg debate, is quite simply the fact that Farage and his party have reached such a level of publicity, and of endorsement.

Clegg attempted to attack Farage’s character several times during the second debate, but in a desperate and grasping manner, failing to relate it back to any of his own points; his attempts to bring Farage’s apparent admiration for Vladimir Putin into the debate within the first few minutes came across as little more than a weak and unsubtle ad hominem attack. This is a shame, because it is a point worth making. Farage counters that he does not admire Putin “as a human being”, but this does not change the fact that in stating his admiration for Putin ” as an operator”, Farage is stating his partiality to a particular form of cold, calculating political leadership focused on the will of a single leader, and on self-interest superseding the common good. When we combine this with an examination of UKIP’s policies and proclaimed values, a worrying truth begins to emerge.

Firstly, there is the desire for an entirely economic relationship with Europe, and the end of any “political union”; this is coupled with a withdrawal from the European Court of Human Rights. Now I am not an advocate of the ‘depatriation’ of government powers, as it were; anything which increases the distance (metaphorically, not literally) between voter and decision-maker is likely to reduce the scope for accountability. However, the EU and ECHR provide another form of accountability; European law and the European Court of Human Rights, though separate entities, help to ensure that nations are collectively held to a minimum standard in issues ranging from the environment, to workers’ rights, to treatment of prisoners. I hope I can be forgiven for seeing this as quite a positive influence on our government; it helps to reduce all the usual negative externalities which accompany market systems, by ensuring that all competitors fulfil certain criteria.

Therefore, I am immediately inclined to question the desire of any politician to totally sever Britain’s relationship with these institutions of accountability; why the rush to run away from environmental regulation and mechanisms for the maintenance of human rights? Well it seems that UKIP has its own agenda and its own approach to the environment, workers’ rights, and prisoners; one which bears a broad resemblance to many far-right movements, and it isn’t difficult to see that far from desiring better democracy for “the people”, UKIP’s desire to extricate Britain from the EU is coupled with the desire to implement their own programme. Returning to Farage’s admiration of Putin the shrewd agent of Russian ‘national interests’; is it any wonder he carries such admiration, when he himself is operating so shrewdly to obscure the real UKIP agenda.

My point can be demonstrated by observing UKIP’s approach to climate change. Farage spoke with great contempt of how Brussels has accepted climate change as a “truth”, clearly livid that the European bureaucracy has so willingly allowed itself to be walked all over by the (overwhelming) evidence of (almost all) scientists, and bullied into prioritising something so mundane as ‘the environment’, over efficiency and profit. The logic he used in the debate was that because India, China and the USA have not implemented big environmental policies, European environmental policy serves only to reduce its economic competitiveness. In UKIP policy, this attitude translates into a pledge to eliminate green taxation, and end investment in wind turbines. They are also arguing for a lifting of all restrictions on fracking, to allow exploitation of shale gas.

However, polls of the British public show that more than 75% support the use of renewable energy resources, while only around 25% support the use of shale gas. Furthermore, over 50% of Brits believe that human activity has affected the climate. So hold on a second. Farage has created a massive bogeyman out of the EU, largely with the idea that the EU has taken away the power of the British people. This is coupled with the proclamation that UKIP will “return self-government to the British people”. And yet, his party have constructed an environmental policy which rejects renewable energy, favours shale gas, and pooh-poohs climate change, in the face of British public opinion. The policy on shale gas is justified as a policy to “free us from dependence on foreign oil and gas”. To return back to the Putin theme, a desire for independence from foreign imports is a hallmark of megalomaniacal, nationalist movements: modern historical examples have included the mercantilist Empires of the 19th century, Fascist Italy, and of course Nazi Germany. Just saying. But seriously, my point is that UKIP clearly has its own, in many ways ideological, agenda for Britain. And for all Farage’s rhetoric about “putting British people first”, his party’s deregulation will pave the way for Total, the France-based oil giant, to have its way with our local environment for the sake of… er… French shareholders’ profits. While creating fewer British jobs than investment in renewable energy.

I’m rapidly running out of word-count, but I hope that what I have said can encourage those who might have been captivated by Farage’s charismatic leadership and evocative rhetoric, to stop and consider the wider implications of supporting UKIP. To consider what the priorities may be of a man who can speak with such contempt about the “poor nations”, in his grotesque demonisation of Romania and Bulgaria. Although the rhetoric about self-government sounds delightfully palatable, it is important to note what UKIP really stand for, what they want to implement once Europe has been shoved away; things such as sweeping deregulation (which means reduced protection for the environment and for workers’ rights), a regressive approach to justice, and a dangerously vague range of “patriotic” policies, to name a few. Why have the main parties failed to prevent the rise of this movement? And how can we prevent them from developing popularity into authority? For me, that is the real dilemma.