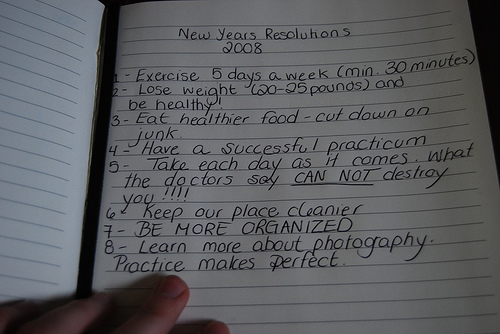 A new year, a new outlook on life. This is the time of year when people look back at their previous year, normally with regret, and vow to change it. This is the Obama philosophy – a need for change that emerges every year at the start of January, and normally falls apart mid-January. In fact, by the time this article is published, most of us will have broken the resolutions we made. 70% of people, according to a recent e-mail I received from Pizza Express. This may be a bit late, but below is my list of resolutions for the New Year.

Hi. My name is Sam, and I’m an England football supporter. I state this like an addict would at a meeting, because that’s how I feel. Supporting the English football team occasionally gives me ecstasy when they win, but this is massively outweighed by the rest of this debilitating addiction, when I feel disappointed and stressful. No more will I care about whether England might win any silverware – I have come to expect that they won’t. The 2018 World Cup bid that went against England was corrupt and ridiculous, but I suppose that does parallel the idea that England can actually succeed on the pitch. As Duncan Bannatyne says, “I’m out”.

To not watch anything in 3D

I have now seen three films in 3D, for three is a magic number. However, it seems that . They cost more, you look like Stevie Wonder thanks to the 3D glasses, and the films doesn’t improve significantly in 3D from what I’ve seen. In fact, it is arguably worse, because all the films appear darker – because YOU’RE WEARING SUNGLASSES! Amazingly, I have seen a video where you could watch 3D without the glasses; however this was done by independently blinking your eyes. The man who demonstrated this looked like he was having a fit; therefore, I can’t see that catching on, and so the silly glasses will remain. I conclude and hope (in vain) that this technology will do the decent thing and die – a feeling that Prince Charles also has from time to time. Although like Prince Charles, I can’t see this happening for a while.

To not lose weight

Over the winter holidays people put on weight and develop what one of my friends calls a “festive figure”. These fatties are not “gravitationally challenged”, but are indeed fat. However, I stand by these large people, albeit in their shadow, as the process of losing weight is far too much more effort than it is worth. Gyms are hellish places, as is the ridiculous idea of running for the sake of running; so I won’t be exercising just to lose weight. Dieting is out: I enjoy chocolate far too much to give it up. I have been told that I need to cheer up in my articles, and since fat people are jolly, clearly that is the only way for me to be happier.

To give up making resolutions

Every year people make resolutions that they inevitably forget about and break two weeks after they make them. In theory the idea of “improving yourself” or becoming a “new you” (or other rubbish motivating phrases that would be muttered on Loose Women or something) in a new year seems logical, but these resolutions always get forgotten or are failed. One of my friends gave up their new year’s resolution of a dieting regime after just 24 hours, simply because of the alluring sight of an open bag of Doritos. Whilst hilarious, this didn’t surprise me; resolutions are either forgotten about or broken. This year therefore I have made the final resolution to stop making resolutions, potentially making this article redundant. Happy New Year.