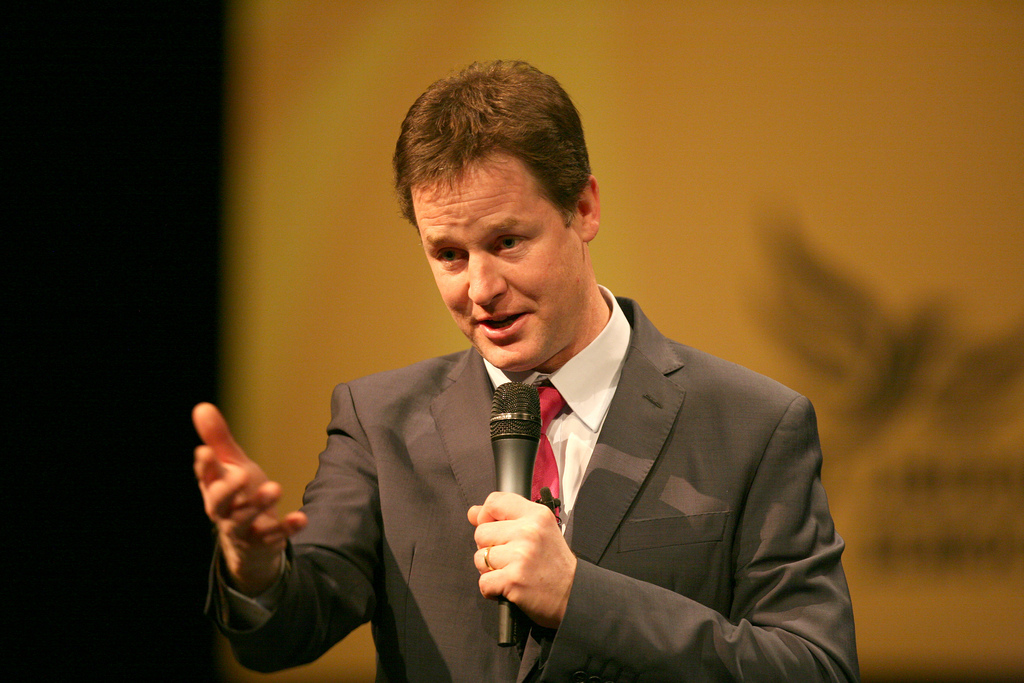 Nick Clegg recently spoke out against nepotism, through which his father got him his first job…

Although it is not normally my responsibility to comment on anything related to politics, current affairs or general matters of any consequence, the recent debate regarding nepotism was unable to escape my attention. By the time I actually got around to writing it, the debate had subsided, but the issue still remains.

Recently, Nick Clegg scalded the idea of preferential treatment for those in society possessing “connections” and that this bias, or “nepotism”, holds no place in British society. People should be allocated jobs based on qualifications and general aptitude, not their social standing, an idea that clearly lends itself to a fairer method of candidate selection.

Unfortunately, this is modern Britain, where business is intrinsically linked to connections and Mr Clegg’s suggestion, although noble, in reality is little more than a pipe dream. However, explaining that the praxis of nepotism and all its associations cannot be extracted from society is not the sole point of this article. Last week, The Guardian wrote an article entitled “Is nepotism ever acceptable?“, but I pose that, purely objectively, it doesn’t even matter.

I will point out that more than once in my life, I have been a direct beneficiary of family and friend connections when seeking employment, jobs that have bolstered my CV considerably and will hopefully help provide a springboard into my desired career. Although I did not necessarily obtain them on my own merit, I was the only one responsible for maintaining these lucrative positions. Surely, if someone is performing the job required to the necessary standard, it doesn’t really matter how he or she got there? As it was pointed out in a response to the Guardian article, “there are no free rides in business” and employers will not tolerate incompetence, regardless of connections. I would not for a second suggest that it is in any sense tolerable for people to be put into employment purely based on “who they know” if they are not able to perform at the standard required, but if competence is a given, origin is irrelevant.

In a hypothetical situation where we have two academically identical candidates applying for a certain position, able to perform equally as well as each other, how can it be said to make any difference to the job in question if one gains it over the other, owing to family connections? From a purely functional point of view, and at the risk of expressing mildly Machiavellian tendencies, how one acquires a job is entirely incidental.

However, the overriding issue with this, as Clegg pointed out, is that it indeed “stifles social mobility”. Although many jobs may be performed to a satisfactory standard, the current system of favouritism essentially precludes anyone lacking those “connections” from reaching those jobs, however talented they may be. If your parents aren’t chums with the right people, you may well lose out on an opportunity to the guy with a middle-class lush of a mother, who uses her “assets” to inveigle your would-be boss into a meeting with her own son. The problem, fairness aside, is that it is virtually impossible to eliminate this. Other than creating a painfully bureaucratic system whereby every possible candidate is assessed to an equal extent as others, for every single job available, the current practice of nepotism simply speeds up applicant selection. Despite the blinding amounts of bias based in this idea, I am at a loss over how to improve it. Perhaps we all need to adhere to the old adage of “if you can’t beat them, join them” – convince your father to buy a generic German saloon and frequent the local golf facilities, whilst your mother plays the part of the drunk and slightly “handsy” housewife at the local Conservative club. In Britain, this is how things get done.