Mexico has a rich culture of musical traditions with varying styles and sounds from each and every state, from Mariachi to Jarocho and Banda. However, since the 1980s, a rather unsavoury style of music called narcocorridos (or drug ballads) have become popular with some sections of the population. This music originates from the heartlands of the Mexican drugs war in the northern states of Sinaloa, Chihuahua and Nuevo Leon and uses danceable polka or waltz, accordion and full brass band based tunes to celebrate illegal activities such as murder, torture, extortion, drug smuggling and illegal immigration. The music arguably promotes criminality through the glorification of its “hero” drug traffickers and murderers.

The Mexican corrido, or ballad, became popular at the time of the 1910 revolution recounting tales of great heroes such as Pancho Villo and Emiliano Zapata and their battle against injustice. However, as Mexican society has changed, many groups throughout the 1990s began selling narcocorrido music as a way to principally make money and to celebrate the actions of the nation’s anti-heroes. With their roots in Norteño music, some of the most popular have been Norberto “Beto” Quintanilla Iracheta and Los Tucanes de Tijuana who have played in venues such as the Aztec Stadium and the Dodgers Stadium in the USA. Los Tucanes de Tijuana have sung not only about “brave” drug traffickers but also extravagant cocaine parties. 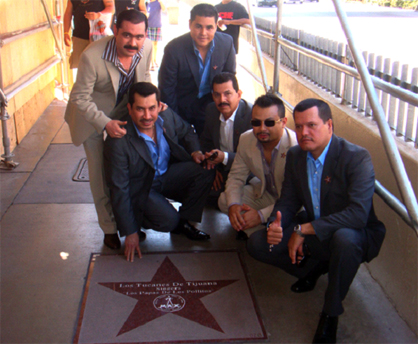 Reactions from within Mexico to this new style of music have been mixed. In the north of the country, singing narco ballads has been banned in bars and discos. The famous Mexican band, Los Tigres del Norte (Mexico’s version of a mixture between Willie Nelson and the Rolling Stones) have also been critical of this type of music in that it doesn’t help to create any sense of social conscience or awareness in listeners. In the state of Baja California, there is a radio black out on narcocorridos, all with the aim of not making heroes out of criminals. However, as radio phone-ins become more wide spread and listeners call is asking to listen to their favourite narcocorrido song, these barriers are beginning to be broken.

One of the main justifications for censoring this type of music has been the dozens of Mexican musicians who have been brutally murdered in the last ten years in narco related incidents. One of the most famous of these murders was that of Sergio Gomez from K-Paz de la Sierra who was kidnapped after a concert in Michoacan in 2007, tortured, and killed. The band was later nominated for a Grammy after his death. Many other killings have followed this and there is much speculation as to the motives. One is the obvious ties some of these groups have with drug trafficking organisations that sponsor bands’ careers and expect them to stick to certain rules and play music at their parties. Others relate to lyrics which praise or criticise certain drug traffickers or groups and another is romantic disputes or jealousies. While some still doubt that narco groups specifically target musicians for the above reasons, the violent torture and disfigurement seen in many of the cases makes this hard to dispute.

On the other hand, some commentators suggest that narcocorrido music discusses and brings to light a real part of Mexican life to the every day man’s home. The style of music is popular among a wide cross section of the population and is listened to by people not involved in drug cartels. The music has appeared in several well-known television shows including CSI, Law and Order, The Shield and Breaking Bad. And for better or for worse, the narcocorrido style is now becoming popular in Central America and in Colombia where there are similar drugs related issues to those here in Mexico.

Could it be that Mexico is desperate for heroes? What is clear is that the narcocorrido music culture reflects the cultural complexities and nuances of Mexican social history. In the future, as musicians choose between singing about the blander reality of life or the glorification of violence and drug trafficking, I fear this won’t be a difficult choice for them to make. Especially when thinking about possible record sales. 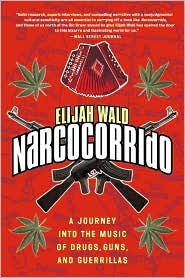 A Journey into the Music of Drugs, Guns, and Guerillas