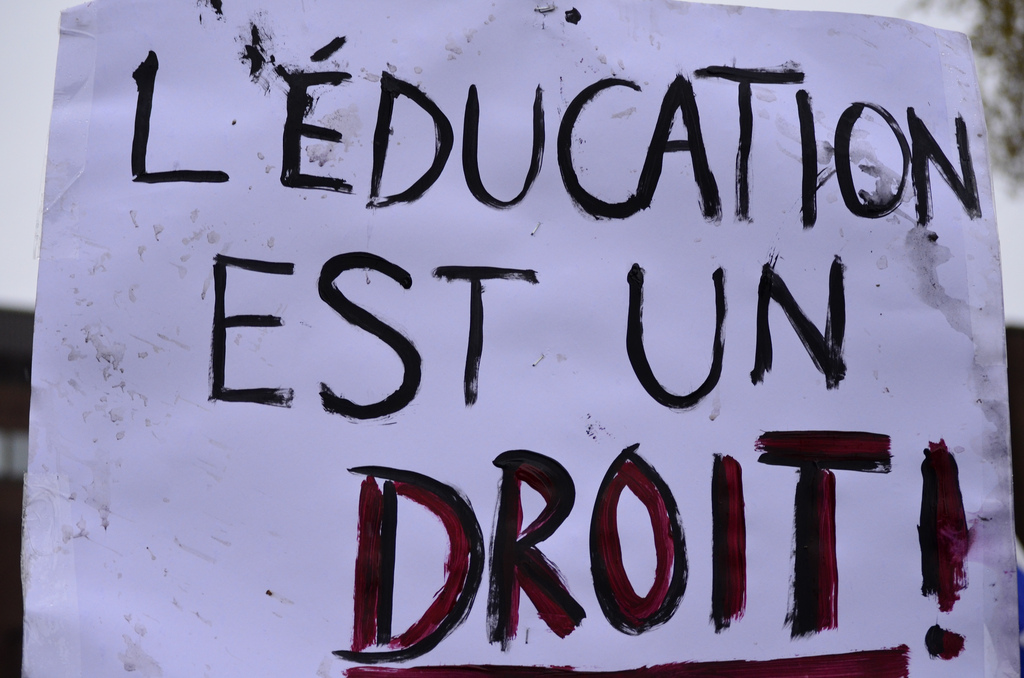 Education is a right for everyone.

Are you a non-EU student tempted by the prospect of high quality university education and international degree recognition in the UK, but put off by the seemingly increasing international fees that accompany it? If so, you are not alone. Fees for international students have gone up by 3.9 per cent at undergraduate level, and an even more worrying 4.6 per cent at postgraduate level since last year, according to data collected by universities across the country. According to various sources, more and more overseas students are feeling ‘unwelcome’ and ‘inferior’ to domestic students at our UK universities, and feel that the universities are only interested in the fees that they are forced to pay.

Despite fears that such increases will put off oversees students from applying to UK universities, an even more concerning issue has arisen in the form of increasing fees during the academic year. According to the NUS, each year, up to 175,000 international students, which is an astonishing figure of more than 50%, see their fees increase, with no notice, explanation or form of support. This has, of course, aroused a huge amount of attention across the country. The NUS ‘fixed fees campaign’ aims to abolish all in-course fee increases, to ensure that international students pay a consistent rate throughout their course.

The psychological impacts of the financial difficulties that so many international students face can be deeply profound. A vast amount of oversees students experience first-hand the emotional strain that moving abroad in order to better their education poses. Many feel that the segregation imposed by the regulations of our ‘unwelcoming’ and ‘inhospitable’ government display a distinct lack of understanding and empathy, and that they are consequently prevented from becoming a true part of the university community. Many international students also feel that such an increase in fees amongst UK or EU students would spark a protest; yet, that as oversees students they have little protesting power.

Whatever the conclusions, the fact remains that the effects of these economic trends could seriously harm the society in which we exist. In fact, figures already demonstrate a decrease of 46% in students coming to the UK for language schools and colleges, a large proportion of whom then go on to study at UK universities. The reality is that we, as UK students and citizens in general, have a genuine need for students from all over the world, to contribute to the cultural diversity that is so infinitely important in terms of university education and the richness of our ever evolving society. There are clear pedagogical benefits of having international students in the classroom. It goes without saying that it is hugely beneficial for discussions, as students are able to share their experiences and stories from different cultural perspectives. Not only this, but it can help to break down stereotypes and open up ‘taboo’ subjects. It is also vital that we don’t neglect a principal purpose of our universities: research. Our society benefits hugely from the in-depth, academic research carried out by the thousands of students at UK universities, particularly on post-graduate or PhD courses. Overseas students contribute to this research enormously, due to the diverse outlook they can give on research topics, as a result of their varied cultural and sociological backgrounds. Evidently, cultural and linguistic diversity is essentiel to an understanding of the intensely varied world in which we live and to the development of those students who will really make a difference in life.

It is undeniable that the trends in international fees for UK universities are having a severe impact on both overseas and domestic students. Will this economic trend ever begin to reverse? Nadie sabe. But, to those who are thankfully still joining us and sharing with us the wealth of knowledge and experience they have to offer; bienvenue / 欢迎 / نرحب / vítejte, and as the Brazilians would say, ‘boa sorte!’ (good luck) to all overseas students pursuing a university education in the UK, and may the gift of cultural diversity begin to flourish once more.