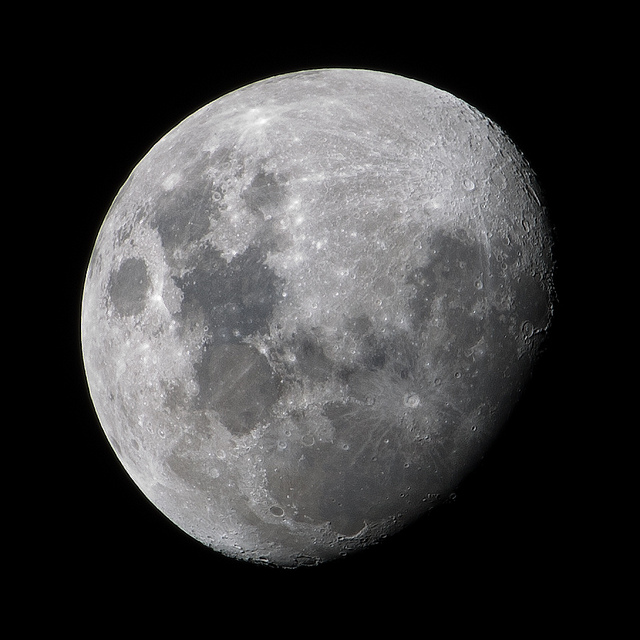 An enigmatic sight: past and present

Durham looks particularly beautiful with the moon’s soft shimmering light shining over the layer of silver snow. When you look at the moon, what are your thoughts? Do you stop and ponder, staring at its bewitching beauty? When you do, do your thoughts go to the many wonderful tales of the moon from the four corners of the world? As we are fascinated still by the moon’s beauty, people long ago gave the moon many names, shaping and moulding it to their own imagination.

Likening to the moon’s dreamy and romantic aroma, most of the tales on the moon are love stories. One of the most well-known stories about the moon is that of Selene, one of the lunar deities in Greek mythology, and Endymion, a handsome shepherd. While Selene was driving her horses across the sky one evening, she saw Endymion, sleeping peacefully among his sheep. As Selene fell in love with Endymion at first sight, she asked Zeus to grant Endymion with eternal youth and eternal life. Endymion remained in his dreams for eternity, imagining happily that he held the moon in his arms. In reality, Selene bore Endymion fifty children called the Menae, goddesses of the lunar months and the phases of the moon.

Though one may feel that Selene and Endymion’s tale isn’t a happy one as Endymion continues a dream-like existence, the famous Chinese tale of the moon has a stronger melancholy and poignant quality. Chang’e is the wife of Houyi, the legendary hero who shot down nine of the ten suns, saving the land from being scorched. Then, Houyi is given a magical pill that makes one’s body light as a feather, enabling him to fly to the moon palace and become a deity with eternal life. One day, Houyi has to leave on an errand and tells Chang’e to keep the magic pill securely. Whilst Houyi was away, Feng Meng, an apprentice of Houyi who is jealous of his archery skills, life threatened Chang’e to give him the magic pill. Knowing that she does not have the ability to fight against Feng Meng, Chang’e decisively decides to swallow the pill. Suddenly, Chang’e’s body flies towards the sky and lands on the closest satellite to Earth, the moon, because of her longing for her husband. Houyi was devastated, with some versions suggesting that he died in his grief. If he had been able to visit the moon, Houyi would be glad to know that Chang’e wasn’t alone in the moon palace. On the moon, Chang’e is accompanied by the jade rabbit and the woodcutter Wu Gang. As the moon revolves around the Earth in an everlasting pace, the love story of Chang’e and Houyi is given a timeless memorial. Every year in the Mid-Autumn festival, the tale of Chang’e and Houyi is told throughout China as people appreciate the moon’s wonders.

Unlike the dream-like and mysterious depiction of the moon in some stories of Greek and Chinese mythology, the shinto religion of Japan presents the moon is a different light. Tsukuyomi is the god of the moon and lives with his sister, Amaterasu, the goddess of the sun. One day, there was a feast given by Uke Mochi, the goddess of good, and Amaterasu asked Tsukuyomi to represent her at the feast. The goddess turned to the sea and spits out a fish. Then, game came out of her mouth as she faced the forest. Lastly, she turned to a rice paddy and coughed up a bowl of rice. Although the food was delicious, Tsukuyomi was disgusted at the way Uke Mochi produced the food at the feast and killed her. Hearing this, Amaterasu was enraged and decided to never look at Tsukuyomi again. From that moment onwards, the day and the night are never together.

Mankind’s fascination with the moon has been an enduring one. These tales only constitute a small part of the many stories of the moon. For example, there is Chandra in Hindu mythology who is known for having a series of disastrous love affairs, Yarikh in Canaanite religion who is also recognised as the provider of nightly dew, and Thoth in Egyptian mythology who has the role of arbitrator. Even today, there are many stories and myths about the moon. The moon appears in many modern day children’s books, such as Margaret Wise Brown’s classic book ‘Goodnight Moon’ with its soothing and comforting tone, a pitch-perfect bedtime story. Another example is the famous song ‘Blue Moon’, written by Richard Rodgers and Lorenz Hart, which exquisitely depicts one’s search for true love.

Interestingly, there are even moon myths in certain realms of science. One of those is the modern myth that the full moon is associated with fertility. Eugen Jonas, a Slovakian psychiatrist, created a method of birth control and fertility based on astrological superstitions. Also, some people believe that the light of the moon affects fertility in women, the way it does in corals. Moreover, there is a belief that days of a full moon leads to higher crime rates. In 1984, C P Thakur and D Sharma did a research on the connection of full moon and crime, which was published in the British Medical Journal. In the journal, they concluded that the incidence of crime committed on full moon days was much higher than on all other days, which they believed may be due to ‘human tidal waves’ caused by the gravitational pull of the moon.

From the romantic to the tragic, the moon has transformed into many forms and ideas. With this in mind, I hope that the moon would appear before your eyes in a more colourful and captivating light. No matter which part of the world we are, where our life journey leads, the moon is always constant, always ready to reflect who we are.