Jessie Heyworth in Columns on 8 December, 2011. 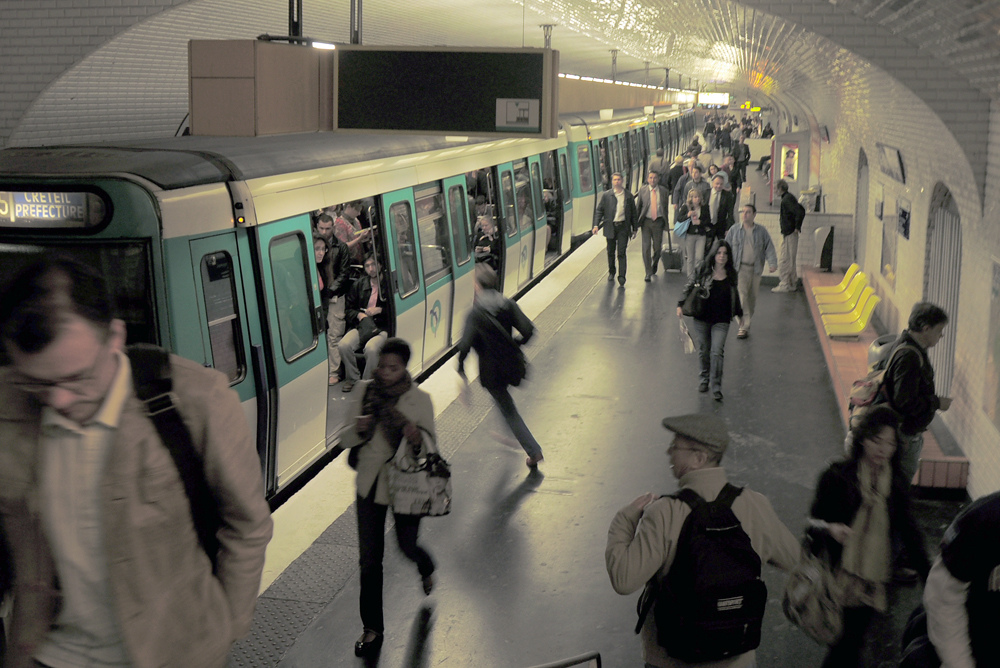 Amongst the busy commuters, there lurks a creepy drunkard

A shocking video of a loud woman being racially abusive on a London tram made the virtual tour round the world recently. Despite her claims of being British, it was the most un-British video I have seen in a long time. And it was not only the racism that struck me, it was the idea of disturbing the calm agreement of non-interaction that seems to reign supreme over all British public transport.

On trams, the Tube, and buses, Brits tend to mind their own business. OK, that’s an understatement. On public transport, Brits prefer to be under the illusion that they are completely alone, even when someone’s nose is nuzzling your coat and you’re standing on somebody else’s foot. Starting a conversation with a fellow passenger seems acceptable only under the following conditions: the weather is sufficiently disgusting to merit a one-sentence utterance, or there is some sort of delay or accident about which you are permitted to complain with your fellow passengers. Once your complaint has been met with a short agreement from your co-travellers, you can all go back to happily pretending that the others don’t exist.

I inadvertently bring this culture of non-communication with me when I travel to other countries. As a single female traveller, approaching other passengers for an innocent chat can be more trouble than it’s worth. When travelling alone in an area I think could be dangerous, I even arrange my face into a specific, hardened expression, which I like to think conveys: ‘Don’t Mess’. I walk with the confidence and directness of someone who knows exactly where they’re going (even if I don’t), has many contacts in the area I could call on my readily-available phone who would jump to my aid at a moment’s notice (even if I don’t know anyone in the country…and don’t yet have a mobile), and, crucially, that even if I’m shorter than the average 12-year-old, I secretly have a black belt in Making Grown Men Cry. This expression seemed to work in Thailand (even with the street dogs), in Morocco, in Chicago, and in the pickpocket-infested areas of Rome, all areas where I have walked and taken public transport alone at night. Where does it seem completely ineffective? The Pink City…i.e. Toulouse, France.

I would quickly like to assert that I have never been mugged or attacked. I register instead a much more British complaint: I have been bothered. It is not that these men (yes, always men) are dangerous. They are just annoying. Along with my Don’t Mess Face, I usually plug in my iPod and even read a book or newspaper. Yes, even at night. If you saw me even from a mile away, it would be fairly obvious that I don’t want to be bothered. Yet judging by my recent experience, I am actually emanating a vibe saying “S’il vous plait talk to me, I’m in dire need of communication with a drunken male stranger, especially if the conversation is laced with an attractive mélange of not-so-subtle romantic suggestions and insults to my countries of origin”.

It is perhaps due to my living somewhere that requires me to take both a Metro and a tram, therefore increasing both the transport and waiting time. I do not mean to say that this is unique to Toulouse or even France; the UK has its fair share of weirdos too. What I’d like to point out is that I have been bothered here more times than in any other city I’ve visited… combined.

There was the young guy who started the conversation with a mild insult (“Who could read a book at this time of night?” Suggested answer: someone who wants to indicate that they don’t want to be harassed) and insisted on chatting to me during the entire tram ride in primary school-level English despite me having understood and replied to him in French. There was the guy who approached me outside a Metro station for a casual chat, asking if I could change a 5 Euro note, and also if I wanted some hashish. There was the drunken guy who asked me for a light while I was standing, earphones inserted, inside a station where smoking is forbidden, and then asked if I wanted to go for a drink with him. When I declined, he exclaimed, hurt, “Not for making love! Just to drink a glass!”. There was the old janitor who chatted to me despite making me very uncomfortable, us being the only two people on the tram, because he apparently likes chatting to British people about how much he hates the queen (peppering his conversation at the same time with physical compliments). Most recently, and bizarrely, I was made to take my headphones out for some middle-aged man to start a conversation with me with these choice words: “You’re probably wondering why I’m so short”. I can’t say I was, actually. But he explained to me anyway, and also commented that I was short, too. Thanks, short creepy French man, I hadn’t noticed.

Strange as they are, I like to laugh off these incidents. The vast majority of French people ascribe to the same ‘personal bubble’ mentality of Brits, and would find the Racist Tram Lady horrific. I am simply baffled why these few individuals think that approaching a young female alone on public transport late at night would make her feel at ease or even chatty, especially when what they have to say is generally about as interesting as the off-white walls of the Metro itself.

Next time I catch the tram, I’m wearing that black belt.