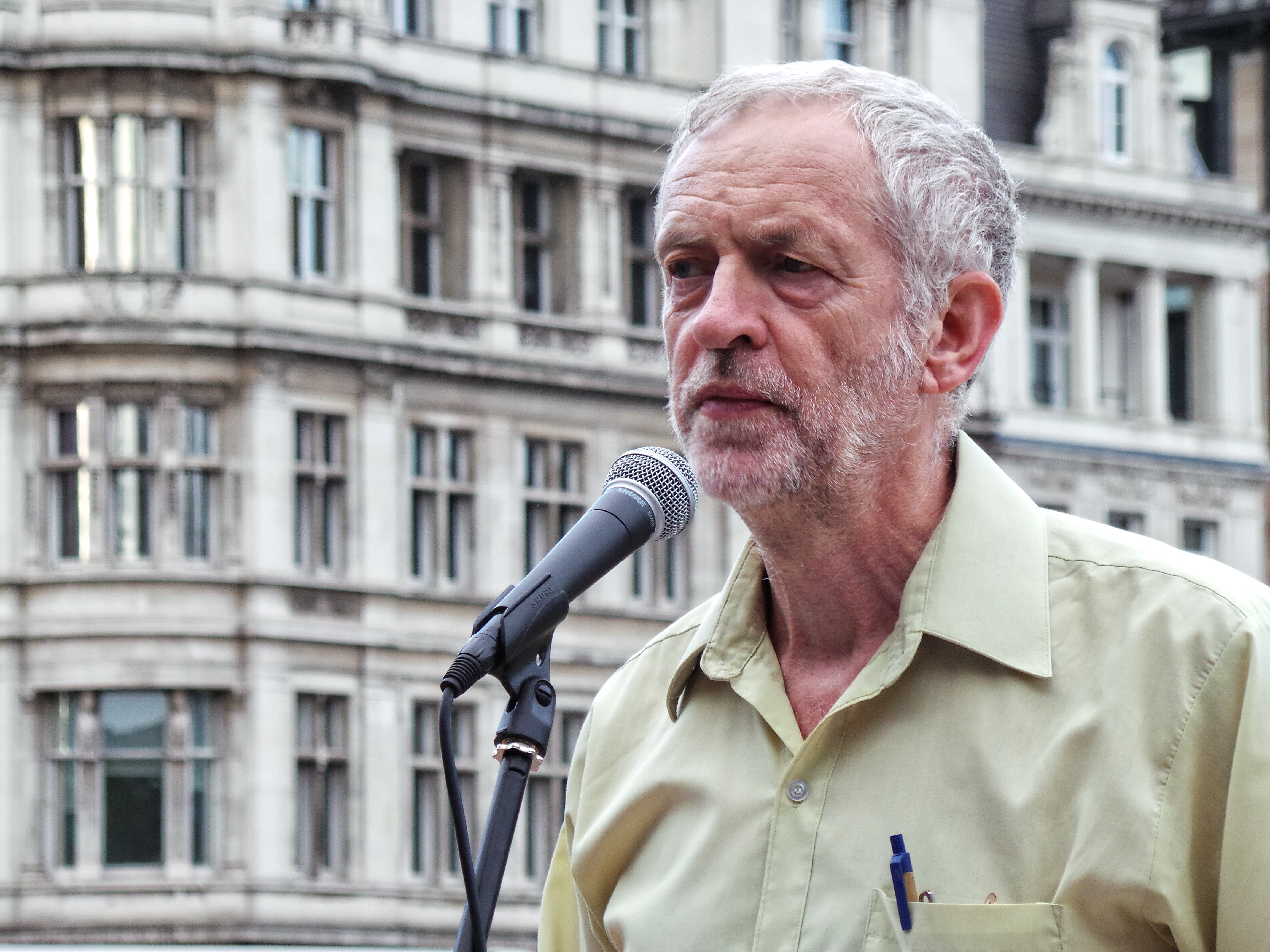 “Once I read more, Corbyn’s critique of Western foreign policy looked neither naïve nor simplistic.”

Jeremy Corbyn won the Labour Party contest by advocating for an anti-war stance (alongside a genuine anti-austerity platform), the result of many years spent as chair for the Campaign against Nuclear Disarmament and campaigning for Human rights: David Cameron directly challenged him as a “terrorist-sympathiser, Britain-hating” rhetorician over Corbyn’s criticism of Osama Bin Laden’s extrajudicial killing; Labour “moderate” MPs, including Andy Burnham, have threatened mutiny when he hinted at his opposition to ever use Trident. David Cameron even went as far as to say that he would take the decision to “push Trident’s red button if necessary”. Recently, Labour so-called moderates dared to propose a free vote on airstrikes on Syria. Corbyn, as reported by the independent last Monday, did not bow.

While I voted him last summer, the above convinced me his foreign policy was nutters. I thought of him as a lunatic who would take Britain to shake hands with Isis and would let Putin attack us without retaliating. I remember criticising Corbyn’s stance on Trident with a friend, and he prompted me with the fatal question “give me one example of a nation that nowadays represents a threat to Britain”. I failed to give a response; this is probably when my turnabout started. Here is the first lesson I share with you (especially for passionate political debaters): be ready to question your held-positions.

Once I read more, Corbyn’s critique of Western foreign policy looked neither naïve nor simplistic. It rightly advocates diplomacy over force. It rests on the success of Iran, and it rightly does so: liberals, or “moderates” like myself should be enthusiastic that a Labour leader wants this approach to be adopted. I am now ashamed that people calling themselves “moderate” or “liberal” in Labour and in the Conservative Party support the opposite of what I call a liberal foreign policy. I remember how fascinating it was to me, when I just arrived in Britain, to hear the late former LibDem MP Charles Kennedy give such a good speech on why the Iraqi war was wrong. If those liberals were still there, I probably wouldn’t have joined Labour, nor would have I voted Corbyn. But now, to me, he looks like the only politician that has taken this legacy.

Nevertheless, the media attacks Corbyn viciously. It went as far as to claim Corbyn wishes humanity to be destroyed by an asteroid before he won the leadership contest. It claimed he supported the IRA over the British Army for inviting Gerry Adams in Westminster to talk about Northern Ireland in 1984 (the good Friday agreement in 1997 proved him right thirteen years later on the need for negotiations with Sinn Fein). They transformed the infamous “Friends’” in a diplomatic meeting with Hamas and Hezbollah’s representative as an irrefutable proof of Corbyn’s hatred for Jews. After the September Labour conference, they hinted at the possibility that Corbyn might lack PM material for not wishing to push Trident’s red button. But no one went as far as Murdoch’s Sky News headline “Jihadi Jez”. The headline and the article have both been removed, but as of today, Sky News refuses to apologise to the labour leader. Independent’s John Rentoul (who apologised) tweeted on the Paris attacks and how Corbyn should have consistently claimed France to have “made itself a target” (through intervention in Syria ndr).

While I did not succumb to most of the silly remarks above, what pushed me on the edge of false consciousness were soundbites. And I was not the only one. This is how modern media works. It shouts “fire” in a crowded theatre by taking small pieces of evidence from the wider picture. As I am not any special or different from average students, there is a second lesson I would like to share with you: First and foremost, always be curious. If you read something, ask yourself why many times. “Jeremy Corbyn says Bin Laden’s death was a tragedy”; ask yourselves why. Like a hyperlink, you will find yourself asking for more evidence and you will realise that Corbyn did not exactly praise Bin Laden and think it was unfairly targeted by evil drones, but rather that a different method of abduction than extra-judicial killing might have done the job better. Curiosity will prompt you toward non-mainstream sources of information. While not always reliable, for instance anonymous blogs, some can provide interesting pieces. The latter category largely comprises the outlet of independent jouralism, like Opendemocracy.org, and Student Journalism, like Vice. Very often, authors are specialists of the field who do research work that contemporary journalism does not give the time for. Take my advice, do read them.

Following these two steps is not enough, but they have helped me to change the perspective from “Jihadi Jez” to “Corbyn has a point”. I would strongly recommend them to anyone.