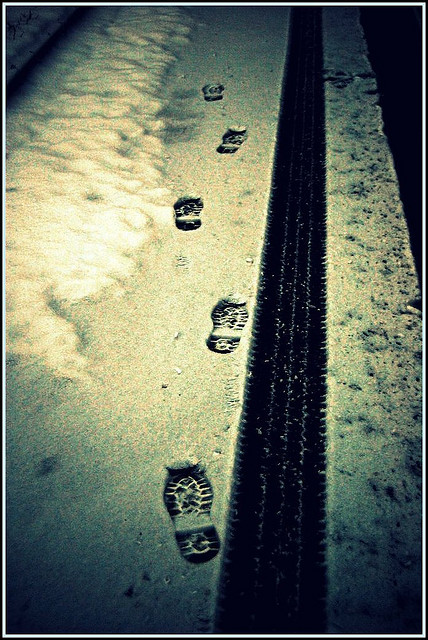 Being on the other side of the world is obviously the perfect opportunity to exercise some freedom, far from any parental constraint. Nonetheless, there is still one invaluable life lesson which I refuse to deviate from. A wise man (Confucius perhaps, even Buddha, or maybe it was Ignatius Loyola) once said that even the longest journey begins with a single step. Yet a wiser man still would have been sure to specify that every journey begins with a single step in the direction of the toilet.

This sentiment takes on a renewed importance in the icy climate of Canada. A combination of thick snow, icy roads and freezing rain can make for some hefty traffic jams and some very unappealing wee stops. The one time I was desperate enough to venture out of the car at a lay-by, I developed an irrational phobia of accidentally urinating on a hibernating bear, or a rather more justified fear of getting frost bite on my backside. However, either of these situations would have been a minor setback in comparison to a story I was told by a family friend before leaving for Canada…

“After a few glasses of wine, when stuck in a two hour traffic jam on the way back from a first date, how do you broach the subject of being in desperate need of a toilet? After all, when there is no way out of the endless traffic jam what are the benefits of telling the cute guy next to you that your bladder is bursting? It’s hardly endearing. However, as two hours stuck in traffic slowly turned into three hours and, there still being little sign of progression along the icy Canadian road, it seemed there was no other choice. Right, here goes. ‘Look, I am desperate for a wee’, to which he replies ‘Oh right, OK. Well how about I park the car at an angle in the traffic jam; that way the cars behind us won’t be able to see you, then if you open the door the cars in front of us won’t be able to see you and that only leaves the woman in the car next to us, who you will never see again anyway.’

“So, left with no other choice than this seemingly practical solution I hopped out of the car into the icy night, quickly squatted down, did my business, went to stand up…but couldn’t move. The base of my back had stuck against the frozen metal body of the car. I sat there in panic for a moment trying to work out what to do. Suddenly surrounding engines start to rev and after hours of no movement it was all engines go. At this point an awkward voice emerged from the car ‘Umm, are you alright out there?’ Well, how do you go about telling a guy that you fancy that your bare bottom is frozen to his car? I guessed there was no other choice but to do just that – ‘Yeah, yeah I am great but my bum is now attached to your car’. Both aware there was only one option (the beeping traffic leaving no time for civilities), he had to wee on me to melt the ice as the now moving traffic awkwardly tried to navigate its way around us.

‘There really is nowhere you can go from there so I married him’.”

So, as a combination of Valentines and snow clouds approach, ice covering the floor makes the prospect of falling over seem far more likely than that of falling in love – remember this wee tale, and be sure to nip to the loo before nipping into nippy weather. Before venturing out on any dates into the cold, take a good look at your partner and assess if you want to spend the rest of your life with them, or if you would rather make a quick detour to the loo while you still have the chance.