Life in the Big(ger) City: Snow 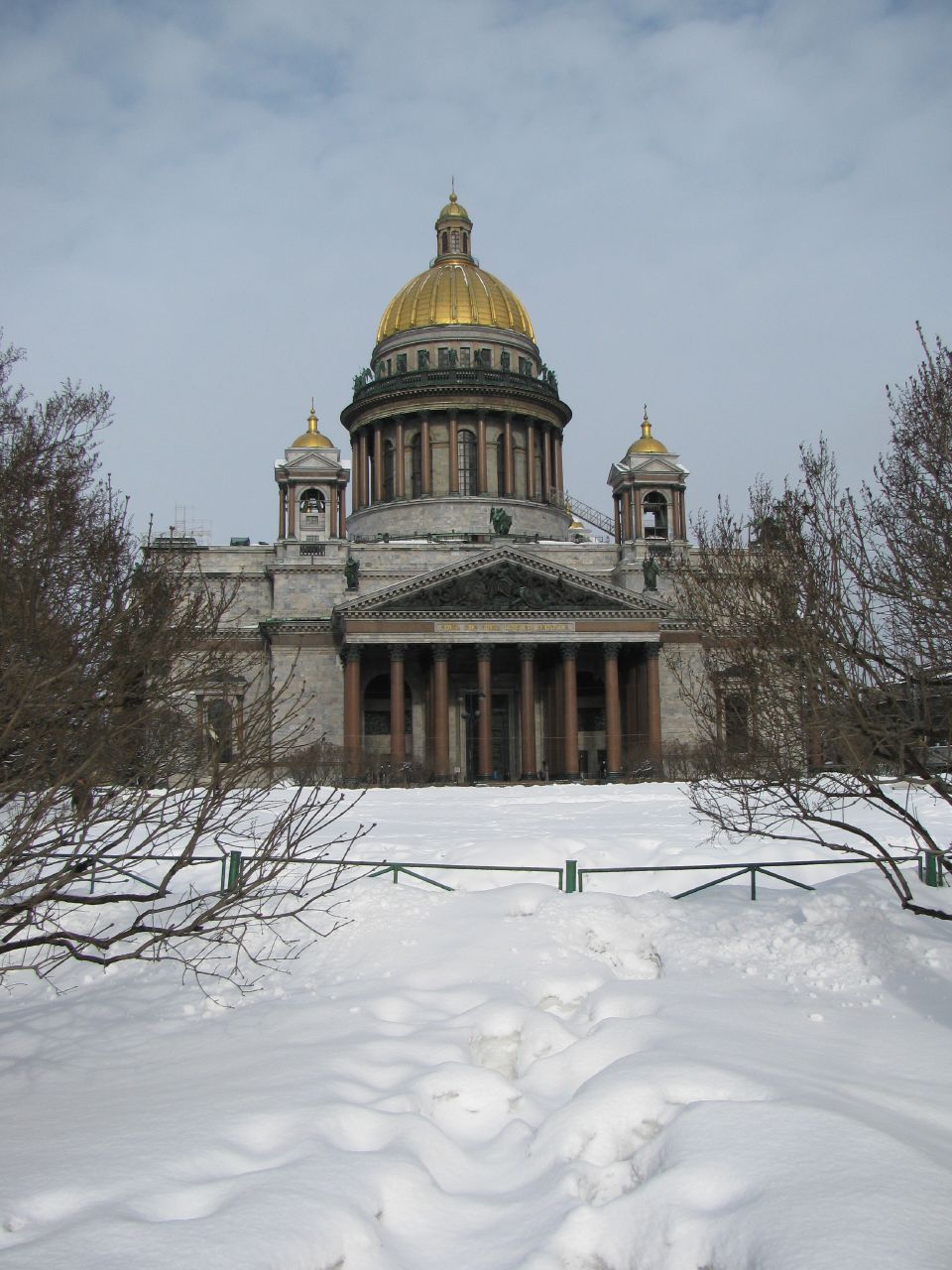 I have heard (via the oh-so-reliable Facebook grapevine) that there has been some snow in Durham recently. Quite a lot of snow, in fact. Let me tell you now, you’ve got nothing on St. Petersburg. It started last Tuesday, and since then it has not stopped. Literally. With the exception of a brief respite this morning, there has barely been an hour in which it hasn’t snowed. Having grown up in the South of England, seeing snow once every three years if I was lucky, this is quite astonishing for me.

But what is more remarkable is the seamless transition which the Russians have made into “snow mode”. Fur coats and thick-soled winter boots are now to be seen in abundance on the wintry streets, parents have swapped their children’s buggies for sledges, and I awoke on Thursday morning to the sound of a man scraping all of the snow in our courtyard into a massive pile. (The ground was completely covered again a few minutes later, but he gets points for effort!) There is none of the mass panic that occurs in Britain at the first sign of snow – no traffic jams (well, none that weren’t there to begin with), no train cancellations, no heating failures. Snow is simply a fact of life in Russia, and so they have learned to deal with it.

They also stubbornly refuse to be impressed by it. A complaint that it is cold will be met with the retort that it will get colder – as indeed it has, dropping from the mid-November temperature of somewhere around the freezing mark, to the current low of −15°C. And when we attempted to make enquiries as to how bad the weather could get, we were quite gleefully informed that last winter the snow piled up so high that “many people lost their cars. And all the shops sold out of shovels.” Delightful! No wonder a few inches of snow – which would probably be more like a few feet without the ever-present shovel-wielding men on the streets – is no longer deemed worthy of comment.

But how bad is it likely to get? To answer this question, I first went to my good friend the BBC, which informed me that the average minimum temperature in December in St. Petersburg is −8°C. As (at the time of writing) it’s only November and we’re already below that, I think it’s safe to say that this year is not going to be average. The next port of call was to ask a Russian, one of my teachers at the university, who was much more helpful, at least in providing a gloomy outlook. Apparently, it could well be −20°C by the end of the week; the river will spend most of the winter frozen over so completely that people can walk on it (although the powers that be advise against this, as it’s not always quite as frozen as you think); and we will soon reach the point when we can no longer spend more than half an hour outside at a time. Personally, I’m not too keen on the idea of spending more than half an hour outside at the moment, so I don’t find this last point too hard to believe!

So, while the snow may not quite be at car-burying level yet (although I did see one of the neighbours sweeping liberal amounts of snow off the roof of his Land Rover – clearly a man who likes to be prepared!) and the river has (despite the sheets of ice floating languidly down it) failed to freeze over completely, the Russian winter still has the power the impress this innocent foreigner. Luckily I’ve got some furs, because apparently it can only get colder….