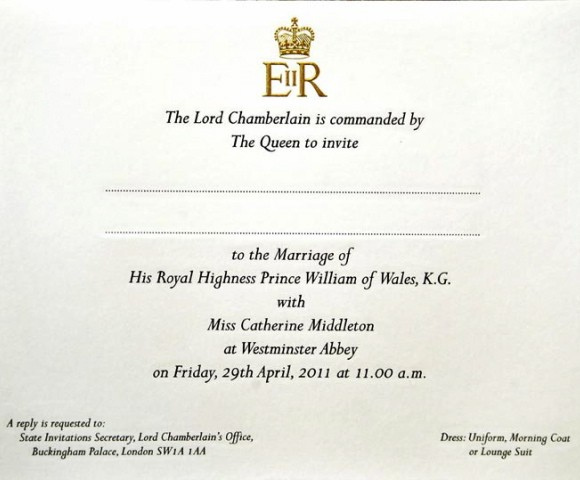 The Bubble was only invited to the evening do.

Having spent the best part of the past eight months abroad, you might have thought that I’d have missed out on all the hype surrounding the upcoming royal wedding. You’d have thought wrong. In fact, from the reactions I’ve seen in the past few months, I’m not entirely sure that the foreigners aren’t more in love with our royal family than we are.

It all started with the engagement. I wasn’t even aware that it had happened until the slightly deranged Russian woman with whom I was living at the time came running into my room demanding that I come and watch the television. By the time I had made it into the living room the minute-long segment on the happy couple was over, but never fear! It would be repeated in every news broadcast for the next week, and I would be forced to watch all of them. Every single one. I was also accosted one morning by a member of university staff who seemed determined to congratulate each and every one of the British exchange students on “the marriage of your prince”. Well, we’ll be sure to pass those congratulations on, just as soon as we actually receive our invitations to Buckingham Palace. (And yes, it is a shock to many of the people I’ve met abroad to find that I’ve never been to Buckingham Palace other than during visiting hours, and that I’m not actually on first name terms with Her Majesty.)

Austria is also not exempted from the dreaded royal wedding fever. Each day brings a new article on Kate/William/the Middletons/the Royals/a combination of the above, and there are no fewer than six television channels showing coverage of the event on Friday. It’s pretty much the sole topic of conversation in my schools too, where every other lesson I teach seems to be on the wedding (I don’t want it to be on Friday; I’ll have a month of actual lesson planning left). My flat is also to be the host of a royal wedding party – not at my insistence, but at my German flatmate’s. I’m not complaining though, I only had to slip this into conversation with one of the teachers, and bingo, half-day off school! So on the big day I’ll be there watching, waving my Union Jack, surrounded by bunting and cucumber sandwiches. But I have to wonder, would I be doing the same if I was actually in England?