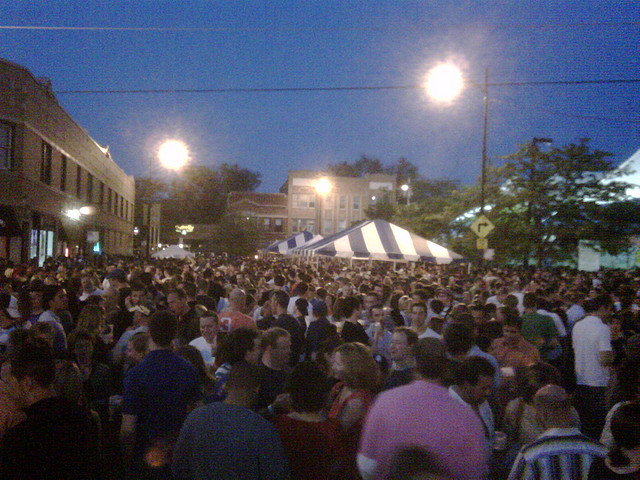 Now this is how to do a bank holiday…

As I dedicated last week’s column to a very British celebration, I thought it only fair to return to all things Austrian this week. Luckily, last Sunday, the Austrians decided to have a celebration of their own.

The occasion was the first of May, something that is nominally celebrated in Britain, but often seems to fall by the wayside, at least on the day itself (that said, I am aware that several friends celebrated it with Folk Soc this year, but I’m hoping that they’ll humour me for the sake of the generalisation). The celebrations, when they do occur, are generally rooted in pagan traditions, and Morris dancing and maypoles are two common sights on May Day.

Not so in Austria. Here Maifest, which is always celebrated on the first of May itself and not on whatever date the bank holiday happens to fall on, has a lot more to do with socialism than paganism. For May Day is also International Workers’ Day, and it’s on this day that Austria’s socialist government really comes into its own. As my flatmate said while explaining the festivities to me, “on Maifest everyone’s a socialist.”

The day begins with a parade through the city streets, complete with trumpets, drums, and even the occasional cymbal. This was something that my flatmate had neglected to tell me about before letting me get horrendously drunk the night before, and so I was woken early on Sunday morning by what sounded like the entire city parading past my window. I suppose I should be grateful that I was awake to witness it, but I’d have been a lot more grateful had my brain not felt like it was going to explode out of my skull at any moment. Smaller parades and demonstrations continued throughout the day, with traffic and public transport stopping to let them pass. On the first of May, this is the norm.

During the rest of the day, there are speeches and anthem-singing at the Rathaus for the hardcore socialists, and more family-friendly activities at the Prater for everyone else. The festivities at the Prater (which is a giant amusement park in the north-east of Vienna) culminate with fireworks in the late evening. By this time, I was hangover-free and able to appreciate the fireworks (to a background of screams from drunken ride enthusiasts) without wincing. So while I may find myself on Prebends Bridge next year (if I can drag myself out of bed), I’ve enjoyed celebrating May Day the socialist way!