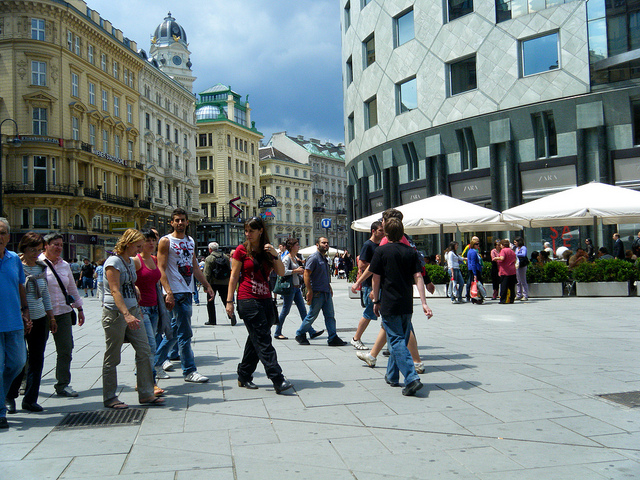 As the academic year draws to a close, it’s also time for me to say so long, farewell, auf wiedersehen, goodbye to the country that has been my home for the past five months. So, other than the wealth of Sound of Music related humour, what will I miss about living in Austria?

Of course, first mention has to go to the people. From the teachers who held a three course dinner to bid me farewell (and to celebrate the end of term, but I like to think that it was purely for my benefit), to the small cluster of friends who almost made me miss my flight due to the raucous partying on my final night in Vienna, the people are always the hardest to leave. Luckily, thanks to our new age of technology, goodbye is no longer really goodbye, and I already have plans to see many of my Viennese friends again, as well as a wealth of spare beds to sleep in if and when I return to Vienna.

Then there’s the city itself. Not only will my column be in need of a name change, but I’ll also have to deal with the realities of life outside of the big(ger) city. After five months of being constantly entertained by Vienna’s concerts, museums, bars and cultural festivals, re-adjusting to life in a town where the local Wetherspoons is seen as a hotbed of social activity will be somewhat of a shock. There is also something comforting (albeit possibly sociopathic) about the anonymity of a city, where you can sit alone in a café with your newspaper, enjoying some time to yourself without the need to lock yourself in your room. Still I suppose the grass really is greener on the other side of the fence, as a few months ago I was craving the exact opposite, a stroll through the streets of Durham, where one face in every four is bound to be familiar.

And, naturally, there will be the things I won’t miss about Vienna. The packed U-bahn trains, the tiny supermarkets, and the fact that everything is closed on a Sunday, to name but a few. Somehow though, I think I’ll have forgotten all of the disadvantages to life in the big(ger) city after just a few weeks of life in the (undeniably small) town.