Life in the Big(ger) City: Eurovision 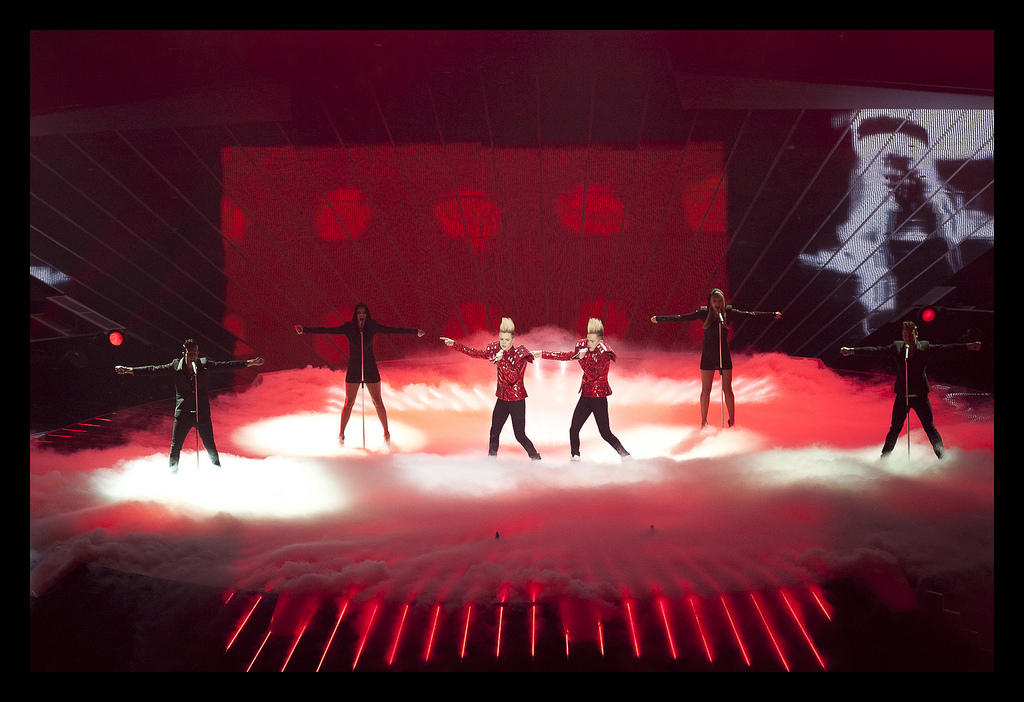 Jedward – who else could we choose?

Up until last weekend, I had never watched Eurovision. Not once. I had occasionally caught snatches of the voting at the end, one of my father’s favourite pastimes being predicting which of their neighbours each country will vote for, but the song contest as a whole just didn’t appeal. I’m as big a fan of cheese as the next Klute enthusiast, but somehow the thought of hours of clichéd lyrics and costumes sparkly enough to be practically blinding was even enough to put me off.

Until this year. As with the Royal Wedding, I lay the blame entirely with my German flatmate. Over our regular Thursday night glass of wine (which inevitably turns into a Thursday night bottle of wine) I happened to mention that one of the teachers at work had presented me with a bottle of sparkling wine, thoroughly undeserved, for helping to correct some exam scripts. Her response was immediate. The sparkling wine would apparently be the perfect accompaniment to the Eurovision vote announcements, which we would of course be watching together on Saturday night.

This was news to me, but from then on my fate was out of my hands. So on Saturday night the giant projector screen (reserved for mass shows of patriotism such as this and the Royal Wedding) was rolled out once again, and we both sat down to watch Eurovision. And maybe it was the strange alcohol concoction (a mixture of vodka, cherry liqueur, sparkling wine and fruit – apparently an Austrian speciality) which my flatmate had provided, whether it was my flatmate’s friend questioning the sexuality of every male performer, or whether it was the semi-playful rivalry between the English and the Germans (oh the shame when they finished just one place ahead of us), I had a really good time.

I introduced the others to my father’s game of “Who will the votes go to?” (because really, who other than Portugal was going to vote for Spain?), we got some of the more annoying (I’m sorry, slip of the tongue, I meant catchy) songs stuck in our heads, and we all failed to predict the ultimate outcome. I mean, seriously, Azerbaijan? I may just be bitter because it took us ten minutes to locate it on the map, but seriously? I’ll refrain from ranting for the sake of not sounding like an ignoramus, but surely there’s got to be something wrong when four educated people have never even heard of the country who won the Eurovision song contest?