Letting the Russian Man Get You Down 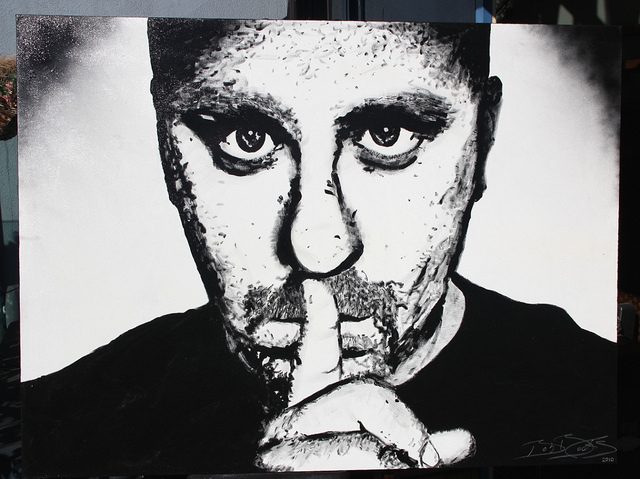 Shh. Your thoughts are not welcome here

Opinions. Everybody has them. Being British, defenders of democracy and, of course, students, we tend to feel that everybody has the right to have them heard. Our education system encourages the development and expression of personal opinions to the extent that educators are required to withhold their views for fear of influencing impressionable young minds. I mean, imagine a classroom polemic on the perennial question of capital punishment whereby, at the end of the lesson, the teacher stands amongst one half of the class in a show of solidarity, deems them triumphant and tells the other half that their well-argued views are simply incorrect. Ridiculous, no? And certainly not conducive to the development of a free-thinking, democratic society. In any case, I’m sure you’ll understand my shock and confusion when this precise situation arose, last week, as I sat in on a fifth year English language lecture at my university here in Moscow.

During said lesson, in which we also debated euthanasia, we were required to divide ourselves into two groups and present our arguments. In both cases, the students sharing in my anti-capital punishment, pro-euthanasia opinions were in the vast minority, and after the debate the lecturer informed us that our arguments were interesting but misguided and, even, insensitive. As I naturally attempted to rebut these criticisms, I was immediately cut down. Taken aback doesn’t seem to express how it felt to be told, quite categorically, that my views were simply and incontrovertibly wrong. It was embarrassing – indeed, infuriating – but even more so when, for a moment, it made me question whether it had been egotistical of me to so brazenly present my offensive beliefs.

The idea of growing up and being educated with such a strictly delineated moral narrative seems totally alien and frankly unfathomable to an outsider looking in. How can a country ever hope to become a true democracy when the free development of personal opinions is discouraged from birth. I posed this same question to some of my classmates in the lesson. The answer, unsurprisingly, takes us right back to the omnipresent party line which I realise simultaneously explains everything and nothing at all: This is Russia. Democracy will only work here if we are kept under control ‘by the stick’. And as most of the students nodded their heads in unison, my inherent need to see both sides of the story left me pondering the extent to which this was the truth they had always been encouraged to believe, or whether he was right.