The Problem with Uni Fees and how we could solve them

Last week was the worst of my year abroad in Heidelberg so far… The weather was nice and autumnal enough, and there were two public holidays, yet the real sticking point was that the university cafeteria had decided to participate in Vegan Taste Week.

This Halloween it appeared that the scariest thing one can make with a pumpkin and a knife was some unappetising watery broth masquerading as the delicious pile of vegetables shown on the ‘Probier’s mal vegan’ (try vegan) posters which had been pasted around. Seemingly the catering staff had dusted off some old Colditz recipe books and were intent on forcing an ideology onto those of us who enjoy meals which were once little animals, or more than one type of animal, this being continental Europe after all. 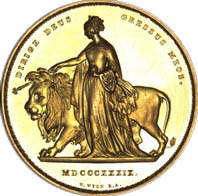 I had one trump card though: if I didn’t want to partake in this culinary sadomasochism I could simply choose to eat elsewhere and not pay the university. Such a get-out is not afforded to those Durham students who will next year find themselves paying £7,422 for what are often small, old rooms with shared bathroom facilities in college, with a knock-on effect on the Durham private housing market (we’ve all got to live somewhere, right?). Obviously, Durham students are feeling ripped off; this is the North East, yet the university charges the highest fees anywhere outside of London. African safari lodges seem to be the only other places in the world with such high charges relative to local living costs. Corbridge Independent Traders may protest that the services and potato-packed meals represent value-for-money, but one might as well put a year’s maintenance loan on the bedroom floor and wait for the worth-while cleaners to hoover it all up.

The problem with all this is that Student Finance England (for those of us who don’t benefit from the haemorrhaging of public money over Hadrian’s Wall, Offa’s Dyke or the Irish Sea) will put up just enough money to allow even the poorest student to scrape through university financially. The Government even sets the fees universities charge. All this without the universities ever having to think about what they offer, look students in the eye and justify value for money, since they do not have to worry about whether students can afford what they charge. And because of the special conditions attached to the loans, interest is charged at 6.1%, more than your landlord will be paying on his buy-to-let mortgage.

I support tuition fees. There is no doubt that they have seen an increase in the number of students going to university, especially from disadvantaged backgrounds. Universities are properly funded, yet students will no longer accept nothing but the highest standards. It also cannot be right for people who have never gone to university, including many of university age, to be equally liable for the costs of providing higher education.

The solution here is to scrap Student Finance England and make universities responsible for setting their own tuition fees and providing their own financial support systems. This would be underlined by three guarantees for students mandated by the government: universities could only admit students on merit; they would have to provide students with enough support in grants and loans to be able to afford tuition, accommodation and other university-related expenses, relative to income; and students whose income fell below a certain level would be entitled to some form of debt repayment relief. There may be a need for some sort of further Government involvement in this new way of working.

By making the universities themselves responsible for ensuring students could afford a degree, we would be able to keep the benefits of tuition fees, whilst making the system explicitly fairer and ensuring students get good value. Moreover, it would no longer be necessary for universities to treat foreign students as cash cows, a problem affecting those who want to study in the UK from abroad. Removing extensive government involvement, which at the moment amounts either to tinkering with a broken system or racking up even more national debt, would rightly de-politicise higher education. Just like with a Heidelberg vegan meal, our universities leave you wanting more for what you pay.

Changing it may be equally unappetising, but it is something which ought to be stomached.