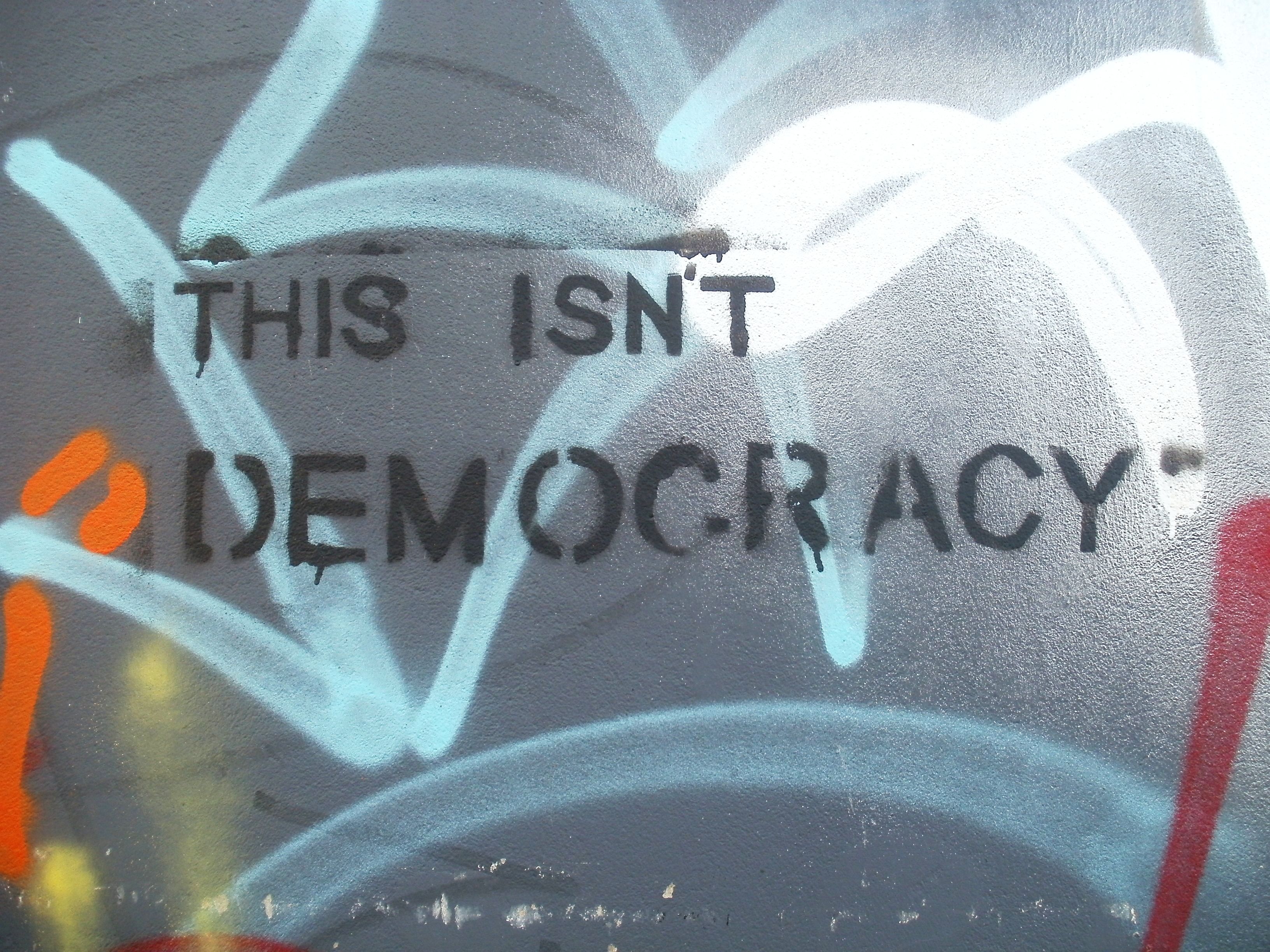 ” The freedom to protest is essential to a true democracy”

Thousands descended on Madrid on April 10th from around the globe to march against the Citizen Security Law, a controversial piece of legislation due to come into effect at the start of July. Chants such as ‘I think, therefore I am a crime’ and ‘they don’t care if you live on the street, but they don’t want you to express yourself in the street’ rang throughout the square, a sign of the fury of protesters over a law they see as a gross infringement on democratic rights.

The location of the demonstration had been kept a closely guarded secret by organisers No Somos Delito (a protest group whose name translates to ‘We Are Not a Crime’) until it began abruptly at 9:30pm outside the Congress of the Deputies, the lower house of the Spanish national parliament. It just lasted for just one hour before the protesters quietly disappeared into the night.

Who ever heard of a mass protest dispersing so quickly and so completely?

But this was a new kind of protest, one for the digital age – the demonstration entirely virtual, its participants holographic. This was the first protest of its kind anywhere in the world yet according to Carlos Escaño, spokesperson for No Somos Delito, soon ‘the only way of protesting in Spain will be through holograms’.

Escaño isn’t the only one to think the Citizen Security Law is sketchy. A recent poll for Avaaz.org found that 82% of respondents would either partially change the law or repeal it entirely. A UN panel of experts heavily criticised the legislation in February, saying that it ‘violates the very essence of the right to assembly’ and that it ‘unnecessarily and disproportionately restricts basic freedoms’. The European Commission has been similarly biting, accusing Spain of attempting to legalise the illegal. Virginia Pérez Alonso from the Platform in Defence of the Freedom of Information branded the law ‘one of the worst attacks on liberties that we’ve seen in Spain since the times of Franco’.

Yikes. But opposition to the law isn’t limited to anti-government lefties and distant bureaucrats with no real knowledge of Spain. Members of parliament are equally angry and have made no attempt to disguise their ire. Antonio Trevín (Socialist Party) thinks the law signals an impending return to the police state last seen under General Franco. It’s a sentiment echoed by Rosana Pérez (Galician Nationalist Bloc), who claimed the law ‘institutionalises repression’. Joan Tardà of the Republican Left of Catalonia, evidently tired of political niceties, labelled the CSL ‘political madness and a wicked attack on liberty’.

But why are they all getting worked up? I mean, it’s called the Citizen Security Law! Surely it’s just a straightforward piece of legislation designed to protect the people of Spain?

Honestly, the only people that seem to be protected by the new law are the police and the conservative Partido Popular, the majority party in the Spanish national government. Far from ensuring the safety of its citizenry, the PP (as the party is commonly referred to in Spain) has used its majority in government to push through a series of backwards restrictions on basic democratic freedoms and outrageous fines for all those who disobey.

Sorry, for those who ‘endanger the public safety’.

The Citizen Security Law establishes a sliding scale of activities that endanger public safety. On the less serious end, offences such as refusing to show ID to law enforcement or insulting police officers during a protest are punishable by fines of €100-€600. Protests outside either the Spanish national parliament or the autonomous regional parliaments which ‘disturb the peace’ face fines of up to €30,000. Yet take part in a spontaneous demonstration near public infrastructure (utilities, transport hubs, nuclear power plants etc) and you could land yourself with a receipt for €600,000.

These aren’t even the most contentious pieces of the new legislation. Under the Citizen Security Law, the process of forced removals of immigrants who attempt to enter Spain’s North African enclaves of Melilla and Ceuta by climbing over the fence would be legal. Spain’s practice of dumping immigrants back in Morocco has already been roundly condemned when it was nothing but an informal ad-hoc response. According to Emilio Olabarría (Basque Nationalist Party), legalising it would contravene both international treaties signed by Spain and the country’s own constitution.

One particularly egregious section of the new legislation concerns filming the police. From 1st July, unauthorised recording of the police during a protest (though it could be applied to everyday policing) will be punishable by fines of up to €30,000. This is scary – I’m staggered by what this reveals about the priorities of the PP. If recording the police is a punishable offence, providing visual evidence to support accusations of police abuse and brutality becomes almost impossible. A block on recording the police reduces police accountability.

I shouldn’t need to explain why this is so dangerous but, should you need convincing, look to America and the recent police killing of Walter Scott. The circumstances of Scott’s death were well on their way to becoming buried under the usual hackneyed excuses: ‘there was a struggle’, ‘he reached for my gun/taser’, ‘I feared for my life’. But then video footage emerged of Officer Michael Slager shooting a fleeing Scott in the back. Eight times. Had that video not been taken, had bystander Feidin Santana not thought to press ‘record’, we’d likely never have found out what really happened to Scott.

Look, I’m not saying the PP wants to cover for police who go around kicking seven shades of shit out of protesters (while police in Spain are armed, shootings are rare). Still, it begs the question of who exactly they’re trying to protect. It’s no wonder critics have labelled the Citizen Security Law ‘la ley mordaza’, or the gag law.

The freedom to protest is essential to a true democracy. Ordinary citizens must retain the right to express their opinions on their government. Demonstrations and dissent cannot be suppressed or subject to endless restrictions, or else that democracy becomes a farce. Accountability is a necessity – governments and law enforcement exist to serve their citizens within universally accepted parameters, and must be called out when they exceed those.

With final approval likely at the end of April, the PP’s push to get this legislation through government is despicable and entirely self-serving. Anti-government protests have become increasingly frequent in Spain, feeding into the growing popularity of new political party, Podemos. It’s no secret that the PP fears the potential of Podemos, a left-wing Syriza-style party due to make huge gains at the general election in November, gains which could lead to the PP losing their majority and swing the government back to the left. By restricting the actions of the left wing’s support base with the Citizen Security Law (which MPs across the board have vowed to repeal should the conservative party lose their majority), the PP has broadcast to the world the ugly side of its political character: desperate to cling to power and thoroughly undemocratic.