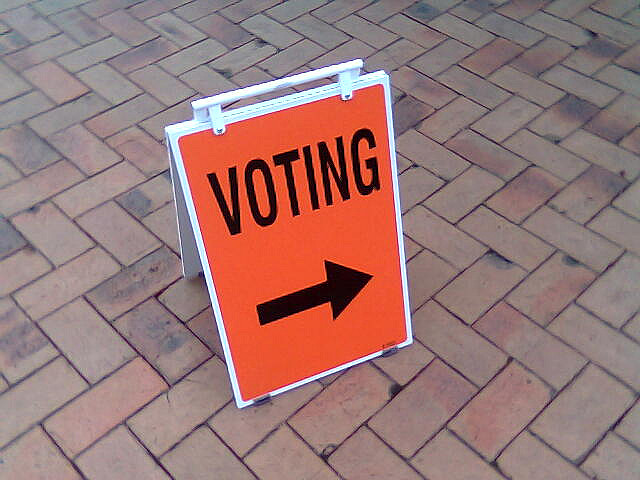 Maybe I’ll take a left instead…

The recent polls by the DSU made front page of the Palatinate last week, and for all the wrong reasons. “Figures suggest students feel increasingly alienated from college politics.” The turnout for this year’s JCR elections was on average a petty 19%, meaning that over four fifths of the Durham student population are taking the brave and stoic line that the entire system of JCR management is flawed, and that they refuse to take part in such an obviously corrupt and autocratic regime. Or maybe they just forgot.

Personally I can understand the apathy; it does often seem that for matters as seemingly trivial as the JCR elections, it is more of a chore than a privilege to be given a vote. Midsummer Ball Chair does not compare to the Ministry of Education. But, then think of what that vote symbolises and recall the great uprisings in the Middle East at the start of last year. Such dramatic scenes we saw, of rebel bands valiantly battling an evil overlord simply for the privilege of being in control of their own future. They filled our living rooms, and they filled our hearts, in a way so theatrical that we half expected Mr Gaddafi to start wearing a mask and shoot lightning out of his fingertips à la Star Wars.

But alas the dust has now begun to settle and perhaps all is not as bright and breezy as we had first hoped it would be; perhaps the fight for democracy isn’t all it’s cracked up to be. Reports this week from Amnesty International claim that in Libya at least, the rebel fighters are refusing to put down their weapons and return to normality, instead using their newfound power to terrorise and dominate the people they had once sought to set free. In Egypt there is strong evidence to suggest that the military lead interim government is sowing chaos and destruction throughout the country in the form of bank robberies and massacres, purposefully keeping things in a state of emergency so as not to relinquish their hold on power. In Yemen there should by all rights be celebration across the land as the country prepares for its first general election in over thirty years, but you can imagine that it’s hard to get enthusiastic over an election with only one candidate, especially when he is the vice-president of the old regime. Naturally these statements can be debated – politically and philosophically, but back to the heart of the issue.

So all is lost then! Humanity has once again shown that in a time when its principles were true and freedom finally looked set to shirk off the reigns of oppression, it will quite happily resort back to the old selfish ways of cheating, lying and bullying without a moment’s hesitation. It’s sickening to think that so much was lost by these people to reach the brink of a potentially golden age for their society and yet as they stand, shivering on the precipice, they find themselves sliding inexorably back down towards the great stinking pit they had tried so hard to leave behind.

Blimey, maybe too dramatic? This is the happiness society after all; perhaps we need a little more optimism! Luckily for us, there are stories emerging this week which confidently buck this gloomy trend, for in Tunisia, the first and greatest success story of the Arab Spring is reaching an important milestone in its democratic history; its first ever free presidential elections, and these are properly free elections with over a hundred different parties vying for a place in the new world they have helped create. The excitement and enthusiasm is palpable in the streets of the capital, everywhere people are brandishing leaflets, putting up posters and in a thousand other ways shouting their beliefs from the rooftops. They are so enthused because only one year ago all of it would have been illegal and punishable by death. The turnout for their vote was a staggering 90%!