ISIS: Who Are They And What Do They Want? 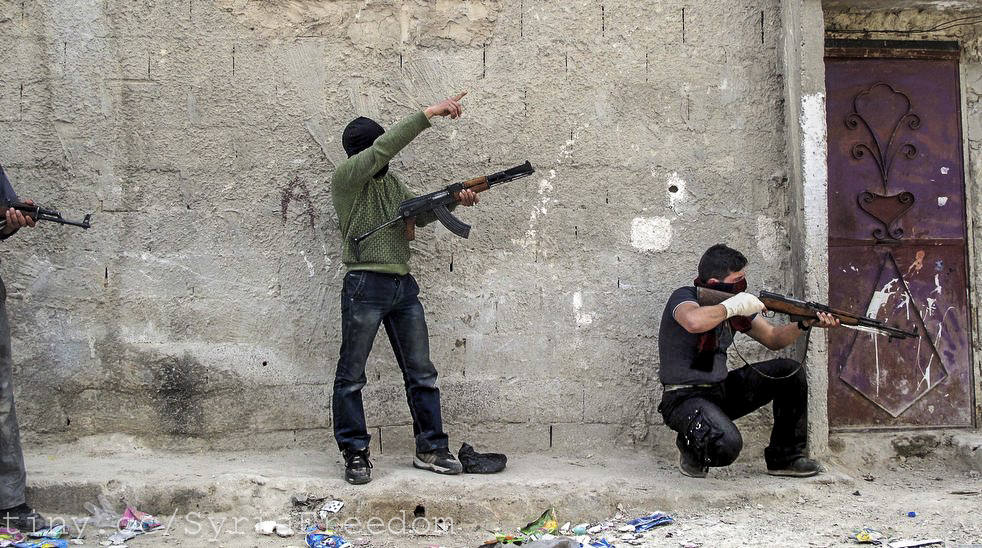 We’ve all heard about ISIS. We’ve seen the images of the shocking and deplorable beheadings of journalists and aid workers, we’ve heard about the inhumane slave trading and we’ve been shocked by their treatment of defenceless Christians. But what we may not know about is the history of ISIS, their motivations and objectives, and how they are able to fund their activities.

So what is ISIS? The group first emerged in 1999, when the Jordanian militant Abu Musab al-Zarqawi set up a terror training camp and orchestrated bombings and beheadings in Iraq. It is essentially an off-shoot of the terrorist group al-Qaeda, and became known as ISIS in 2006. When its current leader Abu Bakr al-Baghdadi (dubbed ‘the new Osama bin Laden’) took to the helm in 2010, ISIS’s membership grew and it became more aggressive, stepping up its suicide and car bombings. As its name suggests, the group wants to establish a Sunni Islamic state (including the strict enforcement of Sharia law) in the territories of Iraq and Syria – and eventually beyond. They justify the blatant violation of Iraq and Syria’s state sovereignty by saying that ‘modern notions of statehood and national borders must be disregarded’ for the religious cause. They have been so successful, especially in Iraq, mainly because of their second main objective: the elimination of Shias, the minority sect in Islam.

ISIS has presented itself as a champion of the Sunnis (the majority sect in Islam). They have been capitalising on the rampant disenfranchisement many Sunnis have been feeling under the Shia-dominated government of Iraqi Prime Minister Nouri al-Maliki. Therefore generally ISIS enjoys either moderate support or a lack of opposition in many Sunni communities in Iraq. This is especially true for the northern regions of Iraq, where ISIS has had the most success. There lies many disaffected communities which have suffered from years of social exclusion, poor governance, and corruption by the Iraqi government. It has been easy for ISIS to gain ground in Syria simply because it has been ravaged by 3 years of civil war – it is effectively defenceless.

So where does ISIS get its funding and weapons from? Its income comes from a number of sources. Oil sales are a major one, as ISIS are taking over oil production facilities in Iraq. From mid-June 2014, ISIS has been earning around 1 million a day from black market oil sales. Another main source is ransom money – this year, ISIS has made 20 million through hostage taking. There have also been reports that ISIS has been getting financial and military support from groups within the Gulf states who share the aim of wanting to establish a homogenous Sunni Muslim state in Syria and Iraq. Money from the Gulf and well-established criminal networks is used to acquire weapons on the black market. Officially, Turkey, Qatar and Saudi Arabia deny that they support ISIS in any way, declaring that they have laws which restrict such activity. However, research by the Brookings Institution shows that the enforcement of such laws has been mixed. And of course, in war-torn Syria, weapons are easy to come by – especially as ISIS troops seize the weapons given by the international community intended for moderate rebel groups in Syria.

So, by the looks of things, the outlook is pretty bleak. ISIS is a well-funded, ever-growing organisation that exploits internal weaknesses in Iraq and Syria to successfully expand its influence. Is there any room for hope? Well, the US and their western allies say they are committed to targeting and eradicating ISIS. As Obama announced in early September, this involves four main strategies: stepping up airstrikes on ISIS targets; increasing support to allied forces on the ground (which means providing troops, training, intelligence and equipment to the Iraqi Security Forces); counterterrorism measures (which involves targeting ISIS funding, stopping the flow of foreign fighters, and intelligence gathering); and humanitarian assistance to the groups most threatened by ISIS.

This is encouraging, but grounds for optimism are still shaky. As the West successfully closes a channel where money is being funneled to ISIS, other channels will inevitably open up elsewhere. Depressingly, there is the prospect that even if the US and its allies succeed in defeating ISIS, in all likelihood another Islamist extremist group will come to the fore in the following years to fill the power vacuum.

ISIS may seem unique with its special brand of terror tactics, but really it represents how yet another Islamist extremist group can infiltrate sovereign nations because they do not have functioning representative democracies or a robust defence policy. Until Syria and Iraq and other vulnerable countries like them become stable democracies, ISIS and groups just like them will continue to thrive.