Is War Journalism a Dying Art?

Millie Vickerstaff in Columns on 7 March, 2020.

‘These are not just numbers…[but] the stories of individuals.’

Words, and more broadly journalism – although seemingly the artillery with which a majority of today’s political hostility is now waged – have formed a large part of previous generations’ knowledge, and ultimately understanding of war. The relentless media footage of conflict, with its images of fractured buildings and incinerated cars, forms the basis of our cultural diet of war nowadays. Although this is less likely to be clouded by the exhausted slant and agenda of political and journalistic bias – which the present-day person has come so prone to suspect – as our dependance on visuals of war grows, so too does our engagement with the story, and empathy for the victims subtly decline. As the ICRC discussed, on the topic of ‘Is journalism disappearing from conflict zones?’, when war journalism is read you are thinking: ‘that could be me, that could be my children, I am engaged, I feel and I empathise.’ and that this is suffering at the hands of the ‘increasing prevalence of fast-paced, shorter-format news for smartphones’ which limits significant engagement with the issues and people relating to the conflict. 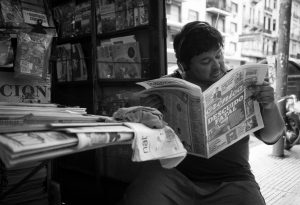 The value of reporting war has an historical and literary tradition, which has existed through the millennia and is found in early works of canonical literature. Homer’s Iliad and Odyssey, as well as Virgil’s Aeneid, which begins with the line: ‘Arma virumque cano’ – I sing of war and of men – demonstrate, as Charlotte Higgins so succinctly puts it, that: ‘war is inextricably bound up with humanity’s urge to tell stories’, and this reasserts its value as an outlet of basic human experience. Early examples of war correspondents were Henry Labouchere and Henry Crab Robinson, who were writing in the mid 18th century. They wrote with more immediacy than seen hitherto, but it differed from current journalists who report at the exact time and location of the conflict. Labouchere wrote critically of the process of modern reporting: ‘To be knocked on the head by a shell merely to gratify one’s curiosity appears to me to be the utmost height of absurdity.’

The first correspondent who could officially be deemed a ‘war correspondent’ was John Bell, who began the tradition of reporting war from the epicentre of the conflict,  he vowed ‘to send…a regular and faithful diary of whatever passes worthy of the attention of [his] readers’ recorded, by his own admission: ‘facts, without ornament or exaggerated colouring’. Bell passed his journalistic and literary baton to William Howard Russel, who wrote vividly at the Crimean War: (1853-1856) ‘With a cheer that was many a noble fellow’s death-cry, they flew into the smoke of the batteries, but ere they were lost from view the plain was strewed with their bodies and with the carcasses of horses. At thirty-five minutes past eleven [the charge had begun 25 minutes earlier] not a British soldier, except the dead and dying, was left in front of those bloody Muscovite guns.’ Russel wrote of the charge of the Light Brigade, and this inspired Alfred Lord Tennyson’s poem ‘The Charge of the Light Brigade’, and the lines:

Theirs not to reason why,

Theirs but to do and die.

Into the valley of Death

Throughout the late 19th century the number of war correspondents grew significantly, with 600 journalists reporting during the American Civil War (1861-1865). However, despite the democratisation of this process throughout the period, significant individuals, such as Winston Churchill also made their own independent mark upon the historical legacy of war journalism. Churchill, whose vivid descriptions of the gruelling and brutal realities of conflict, present war in a distinctly impactful and visceral style. Churchill wrote, of the Boer War (1899-1902), for example: “a succession of grisly apparitions; horses spouting blood, struggling on three legs, men staggering on foot, men bleeding from terrible wounds, fish-hook spears struck right through them, arms and faces cut to pieces, bowels protruding, men gasping, crying, collapsing, expiring.”. In-depth war journalism such as this was profoundly impactful, highlighting the inhuman horror that is death during war. This style of impact is increasingly generalised by the camera’s unfeeling and removed gaze.

The Spanish Civil War was the source of much war journalism. Notably, Ernest Hemingway, who wrote in a lesser-known part of his career, reports on the Spanish Civil War, in favour of the Spanish Republicans (1936-39). In his dispatches sent to Esquire Magazine, he wrote of the conflict: ‘Hot weather makes all dead look alike, but these Italian dead lay with waxy grey faces in the cold rain, looking vary small and pitiful. They did not look like men, but, where a bursting shell had caught three of them, the remains took on the shape of curiously broken toys.’ Amanda Veil wrote of 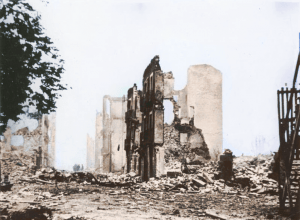 Available on flickr under Creative Commons 2.0 license. (The ruins of the destroyed city of Guernica, 1937)

the Spanish Civil War, that it was: ‘primarily about ideas and not territory it seemed to demand intellectual or artistic commitment.’ Hemingway’s ‘intellectual…commitment’ expressed through his writing of the conflict, reflects the value of war journalism as a medium of expression, a facet of intellectual engagement, and a means of displaying the truth, which is so often described as the ‘first casualty of war’.

War journalists throughout the Second World War (1939-1945) were, by Dwight Eisenhower’s instruction (in the US) told to “talk freely…and to see the machinery of war in operation in order to visualise and transmit to the public the conditions under which men from their countries are waging war against the enemy.’ Ernie Pyle was one of the most celebrated war correspondents of the period due to his human-interest as a reporter, and his simple accounts of ordinary people. Pyle’s writing style was characterised by his focus on the perspective of the common soldier, and instead of records of homogenised troop movements, he emphasised the individualism of every soldier and their role within the war, thus bringing to war reporting a sense of individual humanity, which it so often lacked. He wrote of the infantry: ‘I love the infantry because they are the underdogs,” he wrote. “They are the mud-rain-frost-and-wind boys. They have no comforts, and they even learn to live without the necessities. And in the end they are the guys that wars can’t be won without.’ Following Pyle’s death – killed by enemy fire – the President Harry Truman wrote of him: ‘No man in this war has so well told the story of the American fighting man as American fighting men wanted it told. He deserves the gratitude of all his countrymen.’ 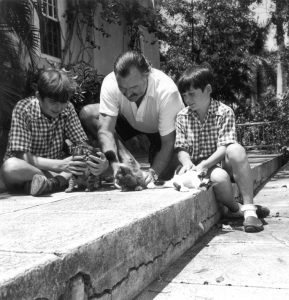 Where previously journalists were allowed a degree of freedom of movement and neutrality, now they are seen to be decreasing in numbers in conflict zones, as the danger of warfare grows. It appears that journalists are now equally at threat, and it could be argued that this has only added to the value of the material they produce and the value of the dying art of the journalists – who so bravely choose to work today. Marie Colvin, a famous war journalist – killed in 2012 in Homs, Syria – wrote of the value of war journalism:

‘Covering a war means going into places torn by chaos, destruction, death and pain, and trying to bear witness to that. I care about the experience of those most directly affected by war, those asked to fight and those who are just trying to survive. Going to these places, finding out what is happening, is the only way to get at the truth. Despite all the videos you see on television, what’s on the ground has remained remarkably the same for the past 100 years. Craters. Burnt houses. Women weeping for sons and daughters. Suffering. In my profession, there is no chance of unemployment. The real difficulty is having enough faith in humanity to believe that someone will care.’

It appears impossible to offer any solution to the slow decline of war journalism, and although this may feel, on reflection, a symptom of the increasingly unfamiliar and changing diplomatic, technological and political world – the process of reviewing the value of war through words can offer us something. An interrogation of our own habits and appreciation of war reporting nowadays, can present us with the means to consider whether our expectations of war coverage has changed. Do we expect ongoing, in-depth coverage of the different wars unfolding around the world? Is the constant barrage of visual images desensitising our appreciation of the individual’s experience? And, if so, is an appreciation of the value of war journalism, in essence a display, as Colvin wrote that: ‘These are not just numbers…[but] the stories of individuals.’