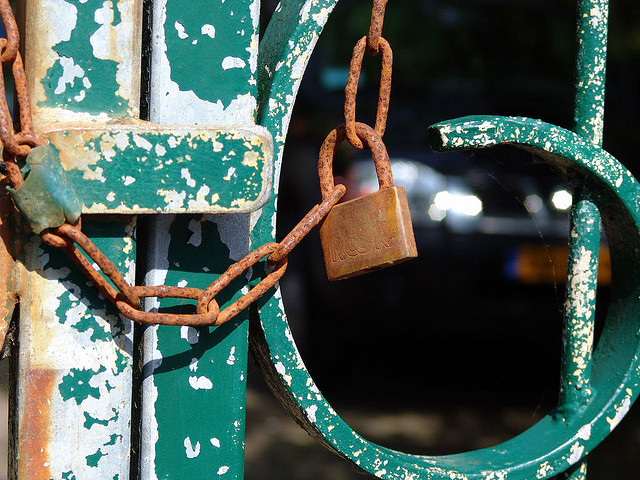 We were sad to hear about the death of internet activist Aaron Swartz. We started thinking about the rights and wrongs of ownership on the net. This might seem extremely abstract, but next year we will be poor, disenfranchised from the might of Durham university, and unable to get onto JStor (unless we do a super-expensive masters). There’s a baby sitting opposite us in the Starbucks baby club that won’t be able to get onto JStor, because it doesn’t have any money. What kind of a world is this? We don’t see any democracy here. No, but seriously – why are these journals only available either through an expensive further education, or through a costly subscription?

Aaron Swartz was going through a traumatic legal battle with the US government over an alleged ‘intent to distribute’ after downloading close to 4 million articles from MIT using his JStor account from Harvard University. It’s important to note that these charges were brought against him by the federal government, and not by JStor, who showed a surprising amount of understanding over his ‘illicit’ actions. He was in danger of receiving up to 50 years in prison, greater than the typical sentences for rape or manslaughter. Is intent to distribute knowledge really as bad as (fill in murderous crime of your choice)? What kind of bizarre overreaction is this? The motivations of the US government remain strangely unclear in light of JStor’s decision to drop charges. The involvement of governments in the management and discipline of media is shady, especially in regards to their decisions on appropriate distribution and privacy of academic articles. Obviously there should be laws on the internet. But they should reflect the fact that the internet is not just an extension of nations, but a social phenomenon which needs its laws tailored to its communities and uses. This tailoring should probably be done by experts like Aaron Swartz, a co-founder of Reddit, and research fellow at Harvard – he probably knew what he was talking about.

There’s a difference between illegally downloading a film, and reading a research paper on why the bees are dying, which you’ve essentially already paid for. Why are companies allowed to buy the rights to millions of articles? What’s the moral reasoning behind this? We can access JStor, in our case, for the next half a year – whilst we’re paying thousands a year. And we won’t be able to after that – how can this be fair? We all deserve equal access to knowledge, and in some ways it feels like the government is moving towards this – subsidies and support for mature students entering higher education allow people multiple opportunities for people to be educated at different stages in their lives. Organisations like Creative Commons are making copyright laws more flexible, and giving creators discretion to adjust the rights to their own work. Hopefully that baby will grow up in a world where the government can’t imprison you for giving out books for people to read.

Education is a human right. In the 21st century this should be extended to an education both via and regarding the internet, which has become integral to how we live. Ignorance can only be dangerous for a population, of which many are young people who are increasingly well versed in how to use technology, and yet have no handle on the legal landscape of the internet. Considering that people are being imprisoned for cyber-crime, who makes the laws, and what those laws say, will very radically change concepts such as freedom and democracy – do we want these decisions made without us? Governments and companies rely on ignorance to sneakily pass laws without opposition: see the US government and SOPA or Facebook and facial recognition software. What we think of as a neutral (cyber) space of democracy and freedom is just as fraught as the material world, but in different ways. We misunderstand power and space when we attempt to navigate the internet with the same mind-set we govern the everyday with.

A way of combatting this is through challenging what you have to pay for. We’ve already taxpayer-funded this research: why are we paying for it again? And who even knows about JStor if you’re not already in the academia gang? Our mums probably don’t, and they both went to university, and were teachers – why are we recreating a capitalist system which we know creates haves and have-nots, when we’ve got a whole new space to play with? We don’t need to be naïve, obviously, about power on the internet – it’s not some utopia. But there’s no denying it’s a whole world of opportunity which we might be able to protect – if we learn fast enough. Let’s copy Aaron Swartz and challenge what information we’re allowed to access. Liberté! Égalité! Et JStor for all!