Is education all that we should be concerned with in politics? 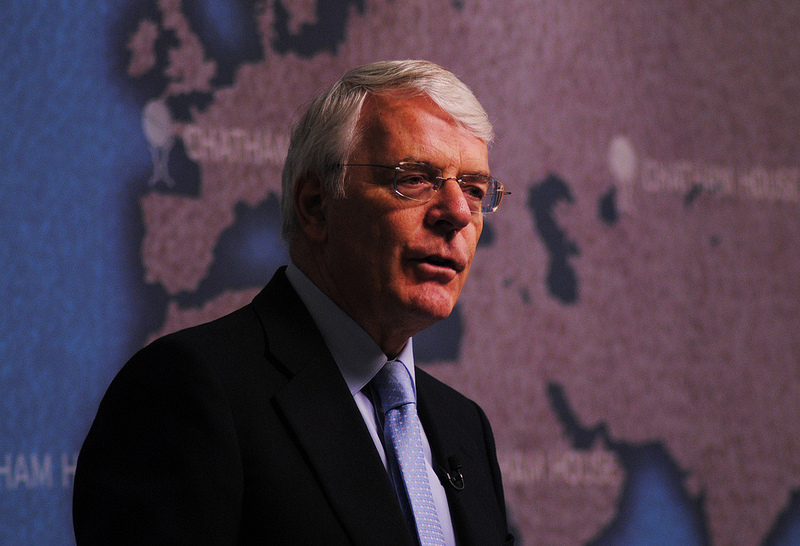 Sir John Major recently voiced his ‘shock’ at the domination of the ‘affluent middle class’.

In a speech given to Tory activists, former Conservative Prime Minister Sir John Major revealed his shock at the domination of public life the “affluent middle class” have.

Sir John, who was educated at a London grammar school achieving 3 O-levels, said: “In every single sphere of British influence, the upper echelons of power in 2013 are held overwhelmingly by the privately educated or the affluent middle class. To me, from my background, I find that truly shocking.”

Now as a Mathematics student I’m not exactly the best person to talk about politics, but even I’m not “shocked” that the privately educated hold the power in this country. I can see Sir John’s point though; when he was Prime Minister the Conservative cabinet barely had an Oxbridge graduate in sight, in comparison with today’s cabinet consisting of a Prime Minister, Deputy PM, Secretary of State, Chancellor of the Exchequer… I feel I’ve made my point. In fact more than half the current cabinet were educated privately. So perhaps Sir John was “shocked” about the fact that all major party leaders are now from a privately educated background because it was unfamiliar to him. After Major blamed the “collapse in social mobility” on Ed Miliband’s Labour party, it struck me how many politicians had a starkly different upbringing to the one I had. How can I expect them to understand my needs and hopes for this country (because this is a matter that touches me deeply – honestly) if they cannot understand the life of a working-class citizen (if that even exists in the BBC’s new class distinction)? So I did a little digging…

Somehow my brain appears to be stuck in the 1950s and just expects any Labour leader to be a union loving, fighting-for-the-underdog politician. And with this is mind, Miliband is a square peg in a round hole. Or is he? Following a quick Google search and Wikipedia stalk, it appears Ed didn’t have the privately-educated upbringing his ridiculously clichéd haircut and nasal voice suggest. Educated at a comprehensive in Camden, which was also attended by the members of N-Dubz and “Phil ‘get-outta-my-pub’ Mitchell” aka Steve McFadden (so if you ever need lyrics to ‘I Need You’ or advice on how to make your head look like a purple egg, you know who to call!). Of course I cannot ignore the fact that Miliband studied at Oxford, but as did many previous Labour leaders, including Harold Wilson and Tony Blair (who coincidentally studied at The Chorister School, Durham, that’s for you fact fans!).

Following my information-gathering, I have to conclude that I don’t agree with Major at all. Blaming the Labour party for locking children “into the circumstance in which they were born” feels like a low blow from an ex-Conservative politician. It appears to me, a completely inexperienced political commentator (don’t worry – my column won’t include politics again) that the major parties have a repetitive cycle of insults for each other:

Conservative to Labour: You’re not in touch with your roots anymore. You shouldn’t think you can relate to the working class. Cue something about the Miliband brothers.

Labour to Conservative: You’re not in touch with the majority of the public. You shouldn’t be in charge of the country. Cue something about taxes.

But following all the name-calling, the lists of Oxbridge graduates and the many doubts about who N-Dubz are; I feel I digress.

My main argument, and the idea that I think I’ll leave you with; who wants our politicians to be poorly-educated anyway? I’m not saying private education automatically gives you brains, Prince Harry being the perfect counter-example (£ 33,000 for a B in Art and a D in Geography?), but it surely gives you the best chance to succeed in life. It must be easier to become a politician in the 21st century if you make useful connections during your school years to give you the first step on the elusive, slippery political ladder. So why does it matter so much if our politicians aren’t connected to reality, who cares if Boris Johnson doesn’t know the price of a pint of milk (I’m talking to you Paxman)? I would rather my politicians actually know some politics and be able to function in the cut-throat world of Westminster rather than be able to ‘connect to the masses’. Because even if they were able to tell you the price of a loaf of bread and thought of pie as one the major food groups, they would still isolate a huge proportion of the UK. So in the words of another politician Abraham Lincoln (albeit adapted from poet John Lydgate, damn the unoriginal politicians) “You can please some of the people all of the time, you can please all of the people some of the time, but you can’t please all of the people all of the time”.