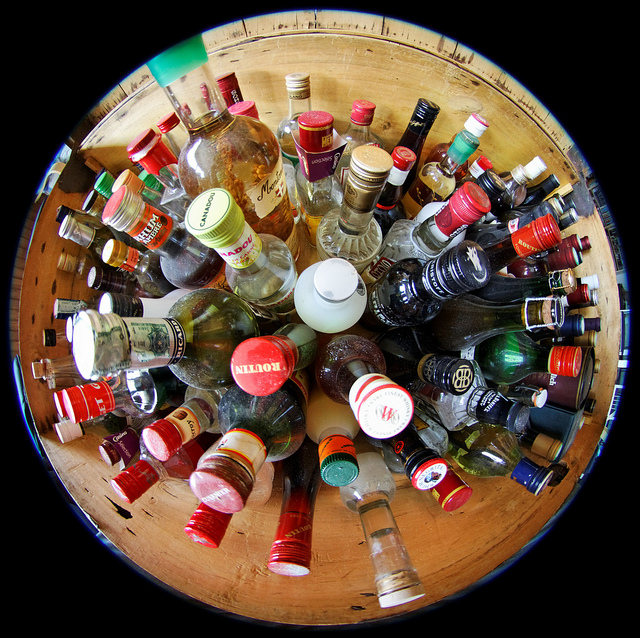 Alcohol is rife in university life.

I’m well aware that the “neknominate” trend that went around Facebook last month is pretty much over, but I thought I’d address the topic of drinking while it’s still fresh in our minds. Not that it could ever not be, because if I’m honest, I think that a good proportion of us spend a good proportion of our nights here drinking and going out. I may be generalising a little bit, but it’s hard to deny the existence of a drinking culture here in Durham, and many other universities both in the UK and around the world.

From the moment we arrive, we’re conditioned to believe and understand that alcohol will be a recurrent theme throughout our undergraduate (and maybe even postgraduate) degrees. Although it’s true that drinking isn’t mandatory for Freshers’ Week, or for any event for that matter, it’s sometimes difficult to enjoy the activities when they’ve clearly been planned around alcohol. Freshers’ Week often includes a club night or two, college bops, and icebreaking games that include mild embarrassment. I, for one, found that having a drink or two (or more) helped me cope with the situation that I found myself in: sweaty, crowded, and forced to meet so many people that I couldn’t even remember the names of half of them. Don’t get me wrong, I had a fantastic time during my Freshers’ Week, but my concern is, what about the people who don’t drink at all? We always hear about welfare for people who get so drunk they can’t even stand up, so why don’t we have welfare for people who don’t drink and can’t assimilate themselves into the drinking culture?

I have the utmost respect for those who feel comfortable being completely sober in a group of people who are, for a lack of a better term, wasted. I’m not concerned for these people, because they clearly know what they are doing. But it’s clear to me that there are people who just aren’t comfortable being the only person who doesn’t drink in a group, especially those groups they’ve just met, and who may then feel peer-pressured into drinking. They’re effectively sucked into the drinking culture. The easiest way to deal with this problem is to just blame it on the victim, and say that it’s really just their fault for giving in to peer-pressure. But is this really the best way to address the issue? Why can’t there be more equally social options for people who simply do not want to drink?

I don’t know how other colleges’ Freshers’ week works, but I can say for my own that there weren’t really any options for people who didn’t want to go out and drink at night, other than stay in and be labelled a bit of a bore. A movie night was organized for one of the last nights, but why couldn’t there have been movie nights as an alternative to club nights? I understand that freps work really hard to produce amazing Freshers’ weeks, but I personally think more thought should be given to the percentage of people who don’t want to assimilate into the drinking culture, no matter how small that percentage is.

I want to briefly address the idea that the drinking culture is a “British thing”, and that international students are generally the ones who find it difficult to fit into it. I don’t necessarily think this is true. I think there is a very distinct type of drinking culture that is unique to university, and anyone could possibly struggle with this, whether a home student or an international student. While it is true that international students might struggle with the idea of alcohol being so readily available in the UK, it doesn’t mean that a drinking culture doesn’t exist in other countries either. I’m from Canada, for example, where in addition to the legal drinking age being a bit higher than it is here, alcohol is also only sold is specialized shops; so, it was strange for me to see alcohol sold in supermarkets. Contrary to the popular stereotype, I don’t actually find that the drinking culture here in the UK is any worse than in North America. It exists in different ways.

At the end of the day, this piece isn’t meant to slander people who do decide to consume alcohol. It’s simply meant to raise awareness, just as my other pieces have, on an issue that I believe is often overlooked. Whether you want to drink or not, that is your prerogative, but there should definitely be acknowledgement of the validity of a sober lifestyle. It’s not and shouldn’t be labelled as “lame” or “boring” to not want to drink. It’s simply a different lifestyle from the norm, and shouldn’t be treated as anything more or less than that.