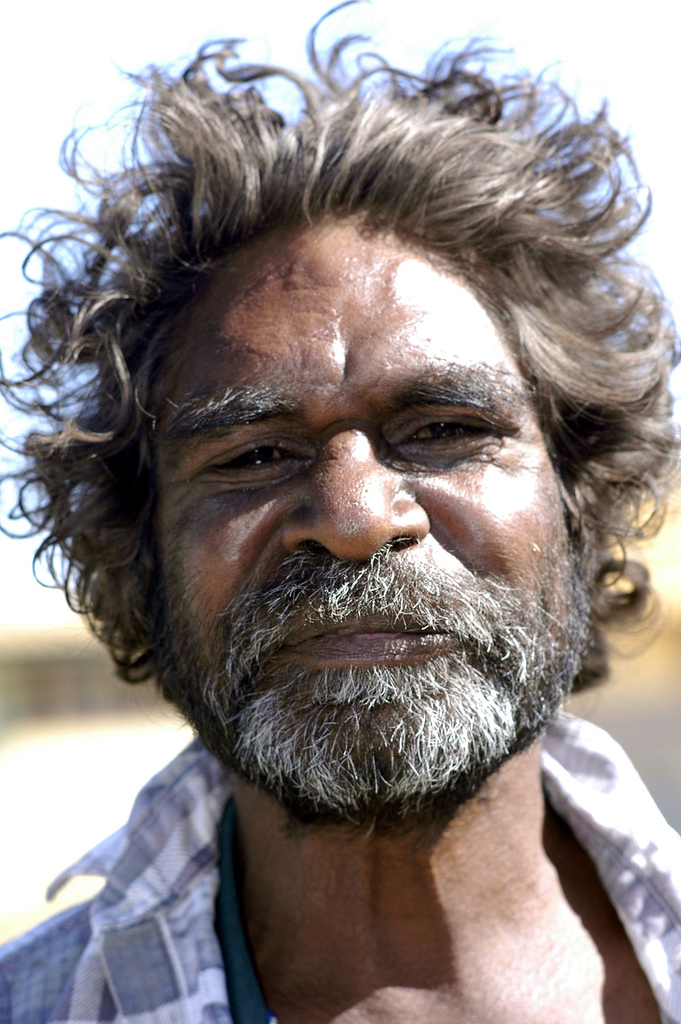 Who should tell his story?

It has only been relatively recently, since the late 1990s, that films made by indigenous peoples (most often defined as ethnic groups who were the ‘original’ inhabitants of a region) have started to emerge. Films that deal with indigenous people have been more common, though still marginal, but tend to be from a white-viewpoint and merely act as a background to the struggles of the main characters. Films like Dances With Wolves, Australia and Flags of Our Fathers are just a few examples. It is sad but true that a white protagonist is seen as necessary to a film’s commercial success and ethnic minorities of all varieties are underrepresented, both behind and in front of the camera. This makes it harder to get an accurate image of a culture and a people and can lead to stereotyping. Perhaps it is no longer purposeful negative stereotyping, as in the days when Native Americans were merely used as violent enemies for brave cowboys to fight, and in fact can be a more positive ‘romanticised’ image, but it is inaccurate none the less. Many of these films evoke what Renato Rosaldo, an American anthropologist, calls ‘imperialist nostalgia’, whereby racial domination appears innocent as people mourn the victims they have themselves created and yearn for that which they have destroyed.

Native American cinema was one of the first indigenous branches to achieve some measure of success. 1998 saw Smoke Signals, directed by Chris Eyre who is of both the Cheyenne and Arapaho tribes, which won awards at the Sundance Film Festival. Maori films of the 1990s included Once Were Warriors which told the story of an urban Maori family and was directed by Lee Tamahori (of Maori descent). Atanarjuat, the first feature film in the Inuktitut language, was released in 2001, while in 2006, Ten Canoes, the first film to be shot in an indigenous Aboriginal language. Yet there are still limits as to what minority film-making has achieved in moving to the mainstream. Even Whale Rider required a pakeha (a Maori word for a New Zealander of European ancestry) Niki Caro as director to get the film to the big screen. Eyre was pressured by his producers and by Miramax (the distributor) to give Smoke Signals a happier ending then it was intended to have. Rolf De Heer, director of Ten Canoes, specifically rejected these accusations: “People talk about, what is a white director doing making an indigenous story? They’re telling the story, largely, and I’m the mechanism by which they can.” Yet it can only be hoped that the move towards increasing indigenous voices in cinema continues: after all, 2011, saw Finding Sayun, which is possibly Taiwan’s first indigenous film and was shot with a cast of mostly nonprofessional Aboriginal actors and an Atayal (a Taiwanese Aborigine tribe) director, Laha Mebow.

Based on a book by Witi Ihimaera, Whale Rider tells the story of a twelve year old girl named Pai as she struggles to overcome the traditional attitudes of her tribe and become chief. This is a film that explores the generational divide; her grandfather does not believe that a girl can become chief, preferring to chose a male from another bloodline, her father rejects the role that tradition has lain out for him and Pai herself, representing the newest generation, learns to fully appreciate the traditions that have been handed down by her people. The actress who plays Pai, Keisha Castle-Hughes, was nominated for an Academy Award for Best Actress and it is clear to see why, as she fully conveys the pain and confusion of a child rejected for what it is, while still showing the optimism that one can feel for a culture and a family member who you hope will find a place for you. Her grandfather is convincing as a man who is torn between the love he feels for his granddaughter and the belief that she would be harmful to the tribe he has served all his life. It is a fable, and the plot does not always conform to reality, but the message of acceptance and pride in who you are will stay with you.

With a running time of just under three hours, this is not a film you’ll just want to casually pop on. The film retells an Inuit legend previously passed on by oral tradition – a tale of revenge and the dangers of personal ambition, of feuding families and an escape across the ice. Extensive interviews with tribal elders were done for different versions of the story, which were then combined, but the message at the end is updated for modern times, ending with a break in the cycle of revenge killings. The story is long and winding, the pace is slow and the scenery is stunning but bleak, leaving you feeling immersed and as isolated within the film as these Inuit people were from the outside world. The actors are convincing and the attention to historical detail is immense, so much so that you feel that you are watching a documentary rather than a film. The plot is rather hard to grasp immediately, but with a little patience, it is a worthwhile cinematic experience.