In Defence of the International Break 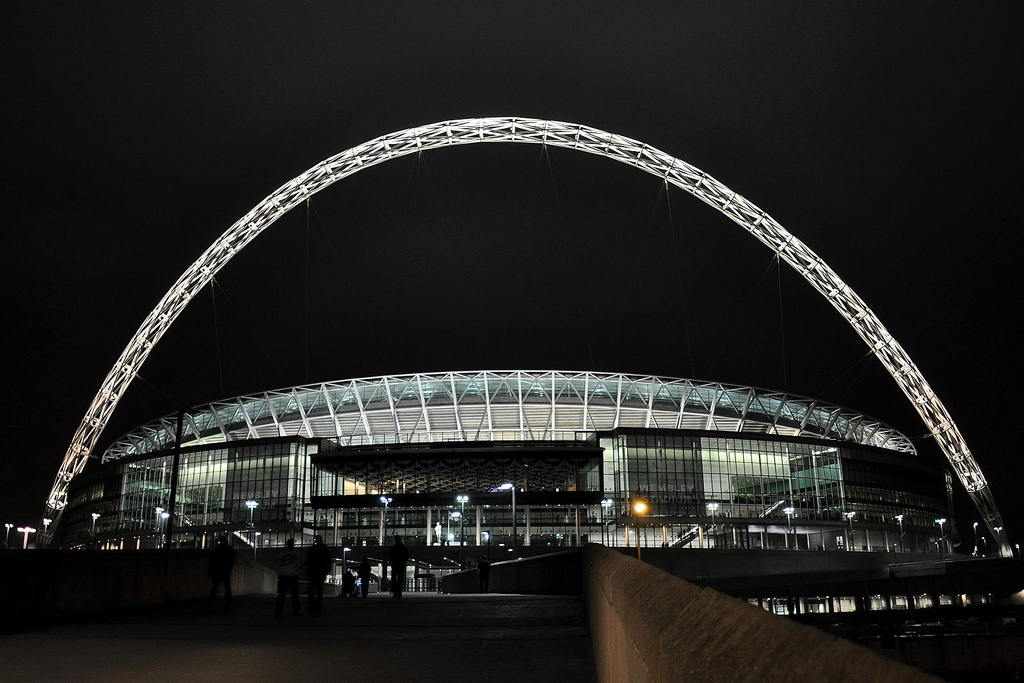 The steadfast figure of Wembley Stadium

The international break is a footballing debate that consistently returns to the fore every few months (although this year it has been somewhat put to one side in the wake of the poppy-wearing debacle) when our beloved footballing league season is rudely interrupted by FIFA-organised friendlies of no interest or importance. Or so this seems to be the view of some. For a great deal of football fans, club football is the real priority, which we are far more passionate about. As such, international friendlies just don’t seem as important as vital league games for some – very vocal – sections of the community. But there is something to be commended about these (infrequent, it must be said) short breaks in national football.

Football is unique, in England certainly, in that it is possibly our only major sport in which we as a nation are more enthusiastic about our local clubs than our country. The vast majority still support the nation whenever they play, but with the emergence of the ‘club vs. country’ argument, perpetuated by managers of high-profile Premier League teams, fans’ allegiances have tended to lie with their club, first and foremost.

The result of this is that after an exciting start to the football league season, which by mid-November is already well underway, many supporters bemoan the uninvited interruption of international fixtures, particularly international friendlies such as those between England and Spain last weekend. Why bother risking injuries and disturbing the flow of a pulsating Premier League season with pointless matches which neither side will take too much from afterwards, win or lose?

There are many reasons why these matches not only do, but should take place. On an obvious level, play-offs for Euro 2012 are taking place this week, and so it doesn’t make sense for only some national teams to play, whilst the football league season continues regardless. This would certainly affect many Premier League (and some lower league) teams’ progress as certain players are whisked away to play for their countries, while the rest stay with the club. This would be a similar situation to that currently created by the African Cup of Nations. This bi-annual competition plays a major role in managers’ squad selections – and decisions in the January transfer window – as the best African players are taken away in the crucial latter half of the season.

On a further note, continuing club football whilst some national teams have qualification play-offs or other competitive games would give those national teams an advantage in terms of spending more time training and playing together. Yes, it has been a common complaint of the English national team in the last ten years that, no matter how much time the side spends together, they never seem to gel or work as well as they do at their respective clubs. However, the success of Spain, who have heavily invested in the philosophy of bringing players together at a young age and guiding them through their development as a ‘team’, shows that there is much to be said for good rapport in the national team.

It must also be said that international football is quite often a refreshing step back from the intense football league season, with a chance to see the nation’s best players playing (not always very well) alongside each other against the best of the rest of the world. Any chance to watch Spain as a side is, usually, a treat for the eyes. Even more so if England end up beating them 1–0 unexpectedly. Likewise, it gives the eagle-eyed public the opportunity to scout out the best emerging talent from other nations, as well as catch the current top performers at the top of their game. Luis Suarez’s four goals against Chile last week potentially place him among the latter category, for example.

And so it is that I think there is much to be said for these apparently ‘useless’ international friendlies. They allow us to keep tabs on our nation’s progress before big tournaments; they give the players time to spend with and alongside each other in a team; and they’re quite often a great spectacle. Even if England’s performances in friendlies don’t always fit into the final statement, the international break gives us all the opportunity to do what we love best: get together and debate the current brilliance/inadequacies of the national team. And who would want to put a stop to that?