I is for Ignorance 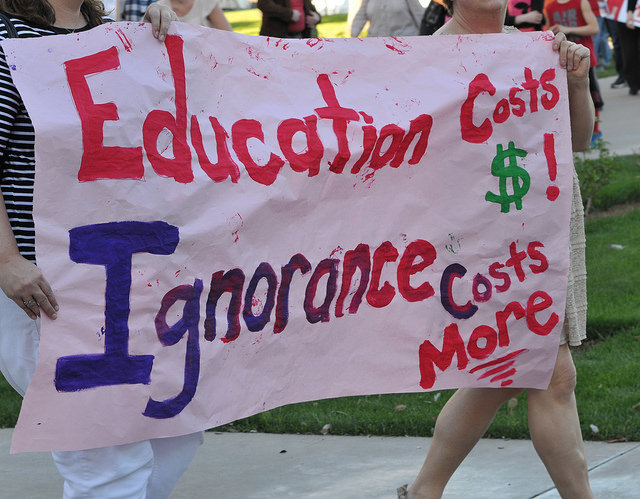 Lack of knowledge or information.

This is maybe going to be a tad aggressive. Just putting this out there before I start. This is about something that actually irks me, so here you go. This is about how angry I can get when writing.

I don’t like being called ignorant. Mostly it’s due to the fact that my ego is big and I have thin skin and easily get offended when people criticise me, but it’s not just about that. I may not know everything happening in the world, but I have spent enough time and emotional energy thinking about issues that are important to me, so if, God forbid, you’re going to call me misinformed and ignorant about something I care about, I’ll just tell you that our conversation isn’t going to end well.

I don’t like being called ignorant because I don’t think that I’ve had the privilege to stay ignorant. I’m far too paranoid to brush off information that I don’t want to know. I need all of that information to feel sure, I need to be submerged by a flood of information to keep floating or maybe drowning so that I know things and don’t make mistakes, so that I don’t offend anyone and can be sure that I’m not doing something wrong.

I haven’t been given that luxury. Some people have. Some people do have the luxury of not having to think about what kind of situations they are in. They don’t have to think too much about anything that is happening in the world because it doesn’t concern them.

I don’t like being called ignorant because when you’ve been told that you end up trying to prove them wrong. You decide that you’re going to try harder because you don’t want to be criticised in that respect. You decide that you’re going to try so hard that those people will be surprised that you managed to do all those things that they thought you couldn’t do. But do you know what happens when you do all of that? When you spend all that emotional labour and time and effort and god-knows-what-else in that? Most of the time, those people who said that, when presented with what you’ve managed to do, will shrug it off by saying something that sounds vaguely like a praise and move on with their lives leaving you there. That’s what happens when you’re an overachiever and you feel like you need to get praised by everyone. Ignorance is a word you start to hate because that’s what is making you imperfect.

Sometimes the world makes you wonder what life would have been like if you were allowed the leisure of ignorance. If you didn’t have to be so, so, so, hyperaware of all the small details that compose you. As far as I’m concerned, it would be as if I didn’t have to think about being a woman, and a woman of colour, and a woman of colour in a country that I cannot call mine. If you could just live with that odd sense of entitlement – that weird sense of entitlement that allows you to do anything and everything with a confidence that spares you from thinking about consequences.

It’s not ill intent. It’s not inherent evil. It’s ignorance. It’s just that, pure ignorance. That’s what infuriates me. That’s what makes me feel resigned, which in turn makes me feel so frustrated that I have to resign myself to this. It’s that unwillingness to see that ignorance isn’t something you can just live with. You can’t just say “I didn’t know”. You can’t use unawareness as an excuse for everything you do. Yes, there are times when you can say that. Sometimes you can genuinely not know things. A lot of people don’t have the resources, the opportunities to experience some of the things that are happening. In that case, no one’s to blame. But. There’s always a but, isn’t there. There come times when not knowing just cannot be an excuse. It just cannot. When plain decency comes up and you ignore it, that’s your problem.

Just sometimes the level of pure ignorance that people display makes me feel so dejected. Ignorance is bliss, but it isn’t available for everybody. It’s for the privileged, for the people who don’t have to worry about who they are and what their influence could bring. Man, I’d love to have that feeling. I’d love to do something without thinking about the various consequences that it could bring.