Hello, Goodbye and Welcome Back 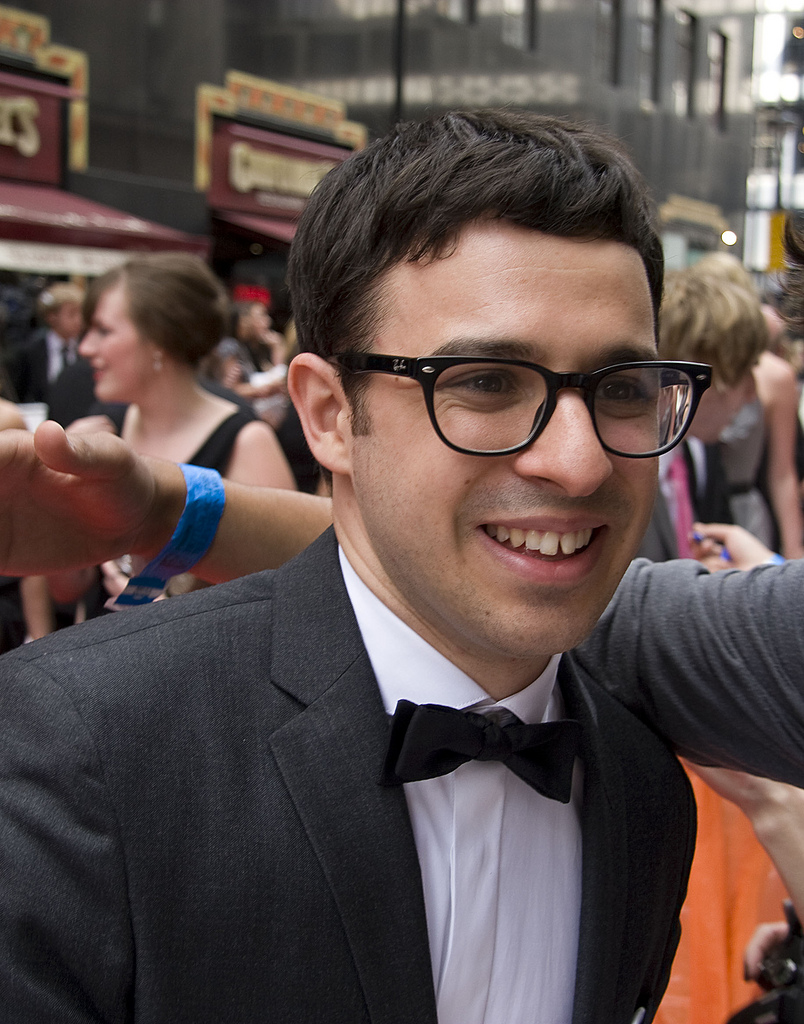 Move over Simon, New Girls are here to stay.

This week brought about some fun stuff to BBC 3, namely the return of Him & Her; the fantastic sitcom about a couple plagued by a combination of irritating family members and weird neighbours, and the brand new Some Girls about four sixteen year olds living in South London and generally dealing with life as only sixteen year olds know how. Of course all good things come to an end, and last week we waved Friday Night Dinner goodbye, although fingers crossed for a third series!

For those who don’t know about Him & Her (fairly understandable) written by Stefan Golaszewski, it slipped into the schedule a couple of years ago and has since helped to cement Russell Tovey and Sarah Solemani firmly within the Beeb’s repertoire of fresh comic talent. Solemani has been recently seen bumping up her CV by appearing in Psychoville and, more recently, Bad Education. Tovey and Solemani play couple Steve and Becky, deeply in love and deeply disgusting – a normal, messy, disgusting though, not anything too vomit-inducing. Eager eyes will also spot Russell Howard’s sister Kerry Howard playing the wonderfully venomous Laura, Becky’s sister. Laura and fiancé Paul are equally vile and live together in their own vile world that, most of the time, manifests itself in Steve and Becky’s flat. This week marks the third series of the sitcom, and requires very little brain power to watch – which let’s be honest, is what you want on a Sunday night.

BBC Three has also recently aired its latest creation: Some Girls. Nice idea – quite clearly an attempt on a female version of The Inbetweeners, but it’s refreshing to see women in funny roles as opposed to just being an unfunny prop in a scene full of funny men. Viva is our protagonist and story-weaver who takes us on a slightly contrived, Jacqueline Wilson-esque tour of her entire life, introducing her home, friends, family etc. Her friends have suitably comic traits; stupidity, sarcasm and brute force respectively, but it’s Amber (stupid) who’s really the highlight of the cast. Whilst all the others take a little while to accept as characters in their own right, Amber is just fully formed – although this is helped her letter-perfect south London accent. Ok so back to Viva, her life is normal, except for (another Wilson reference coming up) her Dad going out with her P.E. teacher – nice to see Colin Salmon out the strictly sequins. Of course because there’s a P.E. teacher, it automatically means that some kind of match must take place – cue lots of slow-motion action, losing at half time, winning at the end. Some Girls’ sport of choice is football, very much predominant in the first episode but not hugely in the second, and hopefully the rest of series will follow with a distinct lack of it. Despite a few little niggles, it’s actually fairly good; the first episode is always going to be a bit crap, the setting of the scene and the introductions are always a bit overlong and drawn out, but by episode two everything is better, funnier and more relaxed. Episode two is definitely worth a watch purely for a wonderful dramatization of panic attack by Holli (brute force).

Friday Night Dinner came to a close last Sunday, clearly the viewing timetable for the eighth instalment of Peep Show, which airs on the 25th November – one for the diaries. The plot is fairly simple: every Friday, Adam and Jonny go to their parent’s house for dinner. And that’s about it. It sounds dull, unadventurous and repetitive but it’s really, really not. Simon Bird and Tom Rosenthal play the aforementioned sons, but spend a ninety per cent of their time referring to each other as piss and pus face respectively. For fans of Spaced, unfortunately, Mark Heap is considerably less attractive as Jim, creepy neighbour extraordinaire, who somehow manages to appear every week. Directed by the formidable Steve Bendelack, the show is entirely shot within an actual house as opposed to the traditional three-walled set, adding nicely to the sense of comfortable claustrophobia that being with family creates. Although fully over, for now at least, it’s certainly worth sitting through all 4OD’s adverts for a watch, and it’s considerably better than the American sitcoms E4 are trying so hard to flog. Plus the theme tune is really catchy.

Finally, it’s been made completely official: Steve Pemberton and Reece Shearsmith (aka. One half of The League of Gentlemen and the creators of Psychoville) started filming their new series this week. Although the release date is for summer/autumn 2013, the ball is firmly in motion and we can be assured that something good this way comes: after all, it was these twisted minds that brought us Papa Lazarou and the infamous Tina Turner impression – for those who haven’t seen this, youtube it right now! Their names have become synonymous with black comedy which has never really been a huge part of the BBC’s comedy department; so the ‘local’ northerners’ dark humour will hopefully shake things up a bit. I mean, everyone loves Miranda, but occasionally you need a bit of some dancing murders to bring out your more morbid side.