Have Yourself a Metrosexual Little Christmas 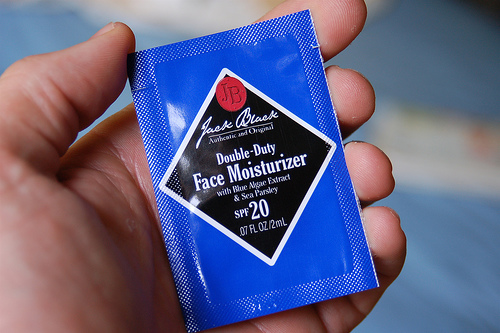 This weather is tough on the skin, you know, boys…

Being a holiday so steeped in tradition, Christmas is a time of re-living gender stereotypes of the past. It is a time where the men, women, girls and boys all know their “historical” roles and, by and large, they are happy to fulfil them. The father chops logs and animals, picks the tree, and drinks himself into a stupor with mutterings about the impending visit from the in-laws and a casual denigration of the poor. The mother, on the other hand, pops on her “pinnie”, relishes in giblet extraction and smiles like it hurts. (As I write this I can already feel feminists everywhere forging an effigy of me to burn and orchestrating a boycott of my future articles.)

Now, as your attention may already be waning in anticipation of some bleeding-heart plea to abolish “unjust” gender roles, I assure you this article is not an appeal to let mother carve the turkey this year whilst daddy is off peeling sprouts. Far from it, rather, it is a recognition that Christmas is changing, owing to the advent of “metrosexuality”. Modern day Christmas-time throws tradition and sexual ambiguity together, when even the manliest of men are receiving face cream in their stockings and having to admit that they do actually enjoy smelling nice. Essentially, Christmas is representative of how “metrosexuality” has snuck, almost unnoticed, into some of the most traditional and previously impermeable male practices. If this is the case, are there perhaps far more closet metrosexuals than we might think?

Now, I grew up in Brighton and so consider myself reasonably well studied in androgynous men (a statement I can already tell I’m going to regret phrasing in such a way). However, talking of the apparent “gender bending” in Brighton is of little value, considering its fame as THE city in England for liberal sexual views, in combination with an inescapable odour of poppers and KY Jelly. What is of greater interest is how these views are percolating through to those almost oblivious to the antics of St. James’ Street on a Friday night. For example, one of my best friends, a Yorkshire-bred, middle-class homophobe (again, poorly phrased) was recently known to have purchased hair “powder” and has a keen predilection for cocktails and Dusty Springfield. He would never consider himself a “metrosexual”, yet clearly exhibits “effeminate” tendencies. Metrosexuality is no longer a conscious decision, but now an inexorable characteristic of modern male life.

I am no exception. When consulting my girlfriend (that’s right) about whether or not she considered me a metrosexual, the subsequent “hell yeah” was received perhaps just slightly too quickly and I nearly choked on my tarte tatin.

To be honest, I don’t do myself many favours; a posh accent is often construed as camp, I own more than one satchel and I too, bloody love Dusty Springfield. With rather bizarre irony, it’s frequently not until you get a girlfriend that you realise just how “gay” you are, a point driven painfully home to me recently when I was required to lend the ladyfriend my hairspray. Quicker than a wrist can go limp I was racking my brains, trying to find examples of my pure, animalistic, and indisputable manliness. Fortunately, a relentless obsession with sport of whatever kind is generally a good backing, until of course, you realise that David Beckham, one of the pioneers of metrosexuality, is probably rather keen on most types of physical recreation. Next I considered that I was an historian. I study the Nazis and Africa. Totalitarianism, genocide, general rape and pillaging are by and large, as history shows, fairly manly pursuits, as is the study of them. However, history is frequently a path into writing professionally; although reserved largely for men in the past, occupations such as journalism are no longer gender specific and by no means a way of qualifying my “manliness”.

A final attempt to claw my way out of that eyebrow-plucking, shoe-buying, ball-waxing hole of metrosexuality was my strong passion for cars. When not in Durham, where everything and everyone is ordinarily no further than twelve feet away, I drive a Mini. A new one. I don’t specify that it is a new one for an added degree of “up myself-ness”, but because this is rather important within the metrosexual sphere. Apparently, because I drive a new, as opposed to an “original” Mini, rather than sipping a pint in Soho with Michael Caine, I’m supposedly more at home drinking Cosmos in the Castro District with Boy George. Herein lies my dilemma: is it still manly to enjoy driving if it’s in a girly car?

The overall answer is that I couldn’t care less. There will be a few individuals out there that will make every attempt to avoid the rainbow coloured wave of metrosexuality that seems to be washing over modern men, rather than embracing the benefits. How is it possibly a bad thing to take more care over one’s appearance, or just for once, to choose wine over beer? Crucially though, most won’t even realise it is happening. Sure they’ll make a comment about what a “cracking rack” the barmaid might have or they may have the manliest profession possible, like a lumberjack. But that’s tough on your hands. I bet they moisturise.