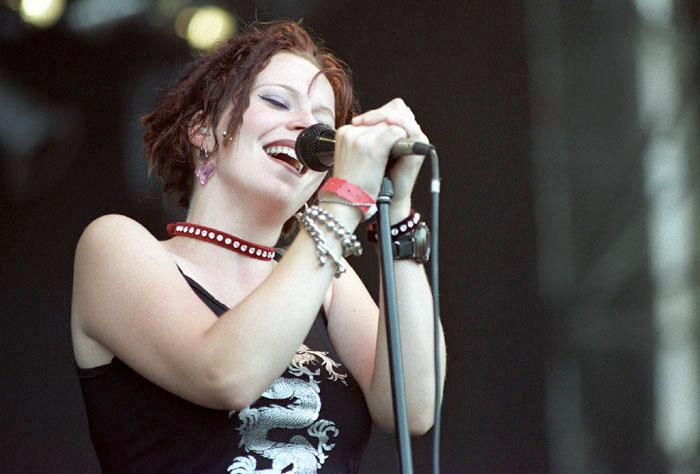 “While it is true that there are strong women out there writing empowering songs, they tend to be put on the backburner in favor of another sad guy with a guitar who got his heart broken.”

As a third year English student, I don’t often have much downtime to do the things I enjoy. So when the opportunity to go to a concert in London arose, I grabbed one of my friends, jumped on a train, and never looked back. Now, I’ve been to an overwhelming amount of concerts in my lifetime, mostly when I was younger and had the time, so I never really sat down and analysed the situation. However, in my old age, something struck me when I was there. Watching the first act take stage, I noticed that their frontman was actually a frontwoman. As both a feminist and a huge music fan, you can imagine that I was pretty excited. However, I noticed that my excitement was only shared by my fellow women in the area. While I admit that some of the men bobbed their heads along, most of them just stared off blankly until it was over. I even heard one kind gentlemen mutter something about “women trying to take over the scene” and “haven’t they taken enough already?” Not only was I shocked at the ridiculousness of his statement, I was also saddened at the realisation that women are still not being taken seriously despite the recent cries for equality. This got me thinking: it’s not only in music that women struggle to thrive, but in most forms of media.

Let’s start with the most obvious, television. While it is true that we are seeing a greater number of shows and adverts that represent women in a positive light, television is still struggling to break away from the “nagging wife” or the “domestic goddess” stereotype. Female characters are still playing the subservient role in a majority of modern television shows, coming second to her husband or boyfriend. You see it way too often, the man doing something funny yet mildly ridiculous only to be shut down by his overbearing wife. He complains to his buddies, who all tell him that he was right and that she was just being emotional. In the end, they make up and all is well with the world again. And that’s exactly the problem. Women are tired of playing the role of the killjoy. This portrayal of a relationship is basically telling the viewer that the man’s feelings are completely valid, while the woman’s feelings are irrational and silly. I’m not saying that all television should suddenly consider a role reversal (although, let’s be honest, I would totally watch that show) but that women should be considered and portrayed in such a way that does not restrict them to just one or two roles. We don’t want all the roles, we just want our roles to be equally as valid.

Moving right along, let’s consider another major form of media: the internet. It seems that the internet has become the new magazine, teeming with all the information one could ever desire. With the emergence of things like Facebook and Instagram, we have found new ways of including everyone from our closest friends to that weird guy from the party last week in the daily activities of our lives. While these are great ways to keep in touch, it also opens doors for new waves of unwanted criticism. Individuals can hide behind their keyboards and comment away with no real repercussions for their words. And let’s be honest, women tend to bear the burden of most of that criticism. I see comments all the time left on the most gorgeous of women’s photos saying, “Yeah she’s hot but she’d be prettier if…” and this is not alright. Women should not be hesitant to post pictures of themselves with their friends for fear of being told they are not good enough. The internet is overrun with adverts and videos selling the newest makeup or articles declaring, “10 ways to slim down for your man!” Please, make it stop. We, as a society, have enough problems trying to accept one another without the idea of the “perfect woman” being thrown about. These articles perpetuate the idea that there is only one type of body, one type of woman that is considered beautiful and desirable. Women are, once again, being made to feel less than human because we do not fit into a particular standard set by the male dominated media. It is this standard the forces young girls into harmful dieting and beauty habits that will have an adverse effect on them for years to come. Also, this gives validation to the idea that women are meant only for male consumption, and that is absolutely sickening. We are tearing down our women one article at a time. I’m not asking for anyone to worship the ground that women walk on. I’m not even asking for companies to stop selling or advertising. All I’m asking is that we allow women to love themselves and their bodies, no matter what they look like.

Finally, let’s bring it back to where we started: music. I am a huge fan of concerts, especially rock shows. However, you don’t really see many female fronted groups these days. Yes, we have figures like Adele, but even they are often written off as too emotional and shallow. The music industry, like so many others, is still male-dominated. And this causes two major problems. One: women are not afforded equal opportunities in these settings, especially in heavier genres. Music, especially rock music, is seen as a man’s place. To me, this is ridiculous. Musical talent knows no gender and women should feel free to pursue whatever career they desire, so long as it makes them happy. We shouldn’t be made to feel that we are beneath men just because we are seen as potential competition. Secondly, the way that women are often portrayed in music is less than glamourous. We are constantly overwhelmed with songs about women being the love interest, sexualised to no end. It’s one thing to say that women are beautiful, that’s fine. It’s another thing to go into graphic details about what you want to do with us. That can stop, and very soon please. These ideas tend to treat women as objects instead of people, something to obtain rather than to appreciate. On the other hand, women are often painted as the crazy ex-girlfriend. This is equally frustrating. Since somewhere down the line, someone got their heart broken and are now upset by it, women are suddenly being painted as heartless and unreasonable. While it is true that some breakups don’t go to plan, we are very tired of being thrown under the metaphorical bus. While it is true that there are strong women out there writing empowering songs, they tend to be put on the backburner in favor of another sad guy with a guitar who got his heart broken.

However, we should not abandon all hope yet. More and more women are coming forward and speaking out against the ridiculous ways that we are portrayed in the media. And that’s all we can really hope for. If we bring light to the problem at hand, we are that much closer to changing it. I’m not saying that we should all boycott social media or that all men are out to suppress the female population. All I want is to be treated as a valid and equal human being no matter how I choose to present myself or my work.