H is for Happily-Ever-After 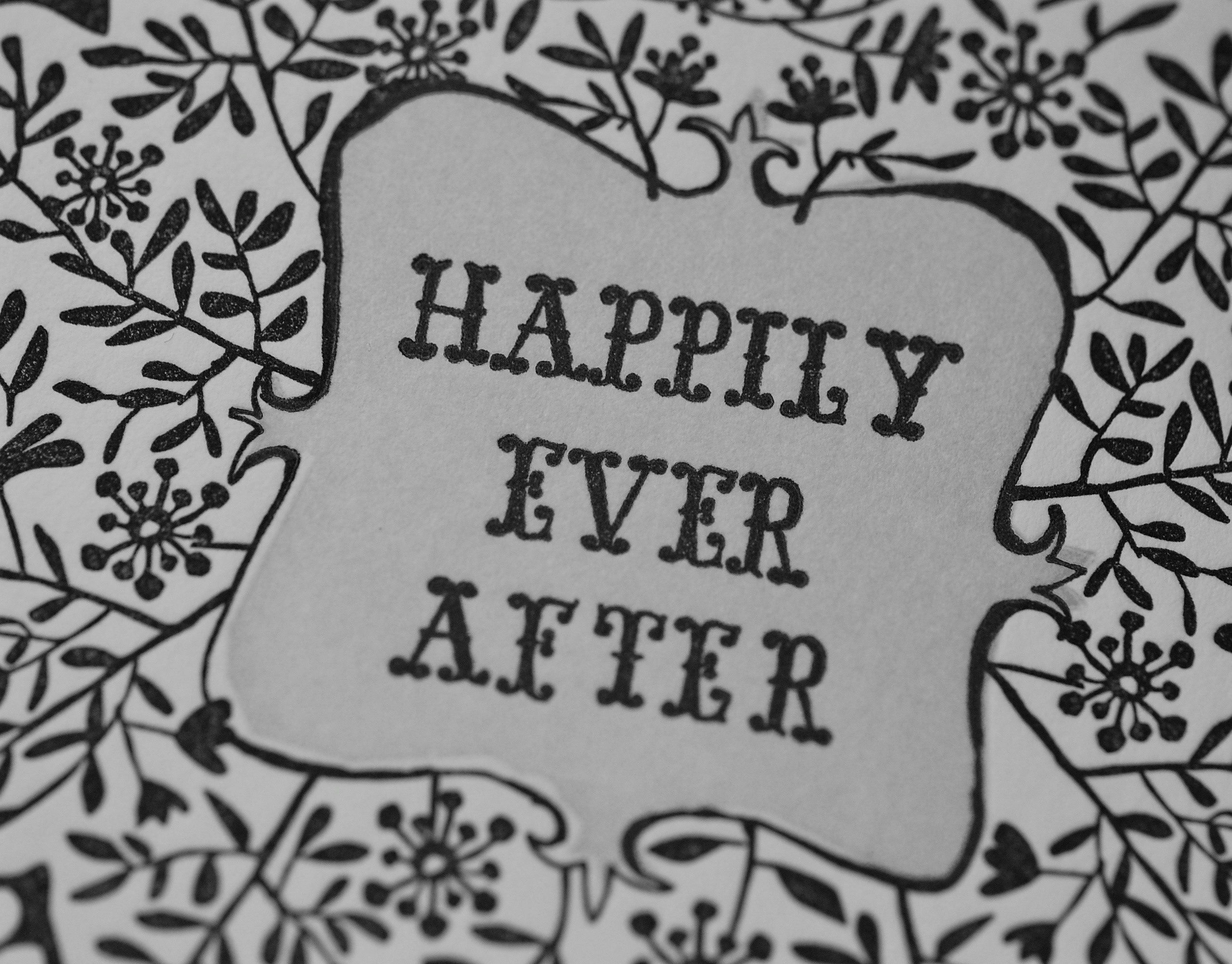 What seven-year-old girl doesn’t imagine her happy ending? An ending that involves a prince in shining armour and a white horse, a damsel in distress, and an ugly monster-thing that causes a ruckus before it dies painfully at the hands of the handsome prince. Yes, he has to be handsome.

Happily-ever-afters are everywhere. They’re in fairy tales, in blockbuster movies, in games, in any kind of media that human beings are subject to; the most basic plot line in anything involves a happy ending. Sometimes there are sad happenings, like Fred dying in the last book of Harry Potter (yes, he does), but that doesn’t stop Harry from destroying Voldemort and eventually saving the magical world. In chick flicks the cute girl always ends up with the boy she had a crush on either because of sheer luck or because (well, we didn’t know that this was going to happen) the boy had a crush on her as well. How astonishing.

I’m not sure if it should.

There isn’t anything bad about those endings, I have to admit. I am a human being, so when I see a cute couple embrace at the end of a sappy film, I feel slight tears in my eyes and my mouth opens to produce a sound that sounds a little like an “awwww”. I’m not going to deny that. If I did, I wouldn’t be being honest. I do like my fair share of happily-ever-afters.

That doesn’t mean I want them everywhere.

Just how many people get their happily-ever-afters?

Not a lot of people, surely?

Those are the things we expect when we say that we want to be happy. We expect a lot. A bit too much, sometimes.

Our expectations get too high. They soar above our realities, towering down at us while we go around doing our mundane deeds. What are you doing, stuck down here, they laugh, you still haven’t changed the world? You still haven’t had a successful relationship? What on earth are you doing? They get airs, get stuck up, start to believe that they’re better than us, and at that point they really are.

I mean, who knows what happened after the Disney princesses faded away from the cinema screen? Their marriages would not have always been all rainbows and roses; they’d have fights and tantrums and stress-inducing incidents that would make a grown man cry. They might’ve fallen in and out of love, had less than successful trials with business, found out that something was wrong with them; who knows what could have happened behind the curtains of the fairy tale?

We could be the protagonists of fairy tales, we could. The more unknown, boring kind that doesn’t get that much spotlight. The kind that people read about when they haven’t got anything better to read.

Nonetheless, it’s still a fairy tale. It’s still an ever-after. It’s just a matter of which adjective you poke in front.