Nicholas Girkin in Columns on 3 December, 2012. 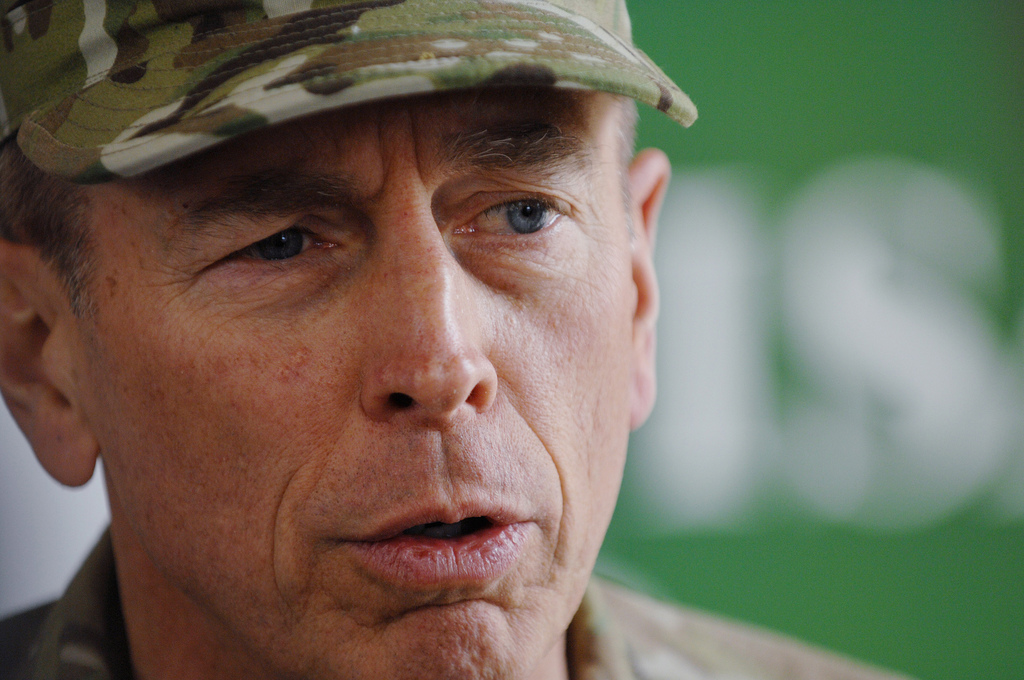 Few things are more spectacular in the world of politics than a career that takes a rapid and irredeemable nose-dive. There are numerous examples in British politics: David Laws MP and his expenses claims, Liam Fox MP and his “blurred” relationship with his friend and advisor Adam Werrity, the cash for peerages and parliamentary expenses scandals. But in all these cases careers appear to slowly salvage themselves (or end in a deserved prison sentence). Not so in America, where the big political story still raging is the crashing and burning of the military, and aspiring political, career of General David Petraeus.

General Petraeus was once, in what must now seem to him as his relatively halcyon days, Director of the CIA and before that one of America’s leading military figures. He has, for example, been widely credited with the apparent success of his “surge” strategy in Iraq to counter the growing radical insurgency. Such was his success at every challenge he had thus far faced, there was even some talk of a potential Republican candidacy for the White House in 2016. But all such speculation came to a sudden (and faintly amusing end) when details emerged of his extra-marital affair and the extensive and laughable tale that surrounds it.

At the centre of the scandal stand several other figures of note: Jill Kelley (until recently the Honorary Consul for South Korea, a largely symbolic post that the Los Angeles Times reported she tried to milk for nearly 80 million) and a noted Floridian socialite; General John Allen (another well-respected military officer); and Paula Broadwell, biographer of the erstwhile General Petraeus. The intricate story that connects these figures sounds so far- fetched that it might while have been written in Hollywood.

General Petraeus first met Ms Broadwell back in 2006 at Harvard, and shortly afterwards consented to her request to write his biography. At some point during this process an affair began between them which clearly blossomed as soon they started using such exotic names for each other as “Peaches” and “Dangerous Dave.” In 2011, Dangerous became CIA Director and, apparently managed to keep his liaisons hidden from both his wife and his new subordinates (another remarkable feat of espionage on the part of the CIA). Unfortunately for General Petraeus, Ms Broadwell became jealous of his apparent close friendship with Jill Kelley, the socialite/honorary consul, so much-so that she sent her threatening emails warning her to stay away from her lover. Mrs Kelley consequently expressed some concern which, due to the exclusive circles in which she mixed, eventually found their way towards triggering an FBI investigation. The inquiry that ensued identified Ms Broadwell as the source and she was subsequently questioned. They also discovered that she had been sharing an email account with General Petraeus as a means of communicating: one of them would save a message as a draft and thus allow the other to read it before deletion. But that was not all the investigation uncovered. Subsequent analyses of Mrs Kelley’s online activities revealed a massive catalogue of over 30,000 pages of communications between her and her own favourite General, John Allen. Also making an appearance in the investigations at this point is a certain FBI agent who first expressed Mrs Kelley’s concerns to his superiors. In his determination to assist an apparently persecuted citizen, the agent had adroitly managed to send topless photos of himself to Mrs Kelley; he is now the subject of an internal inquiry.

All is not rosy for the other participants of this affair either. General Allen’s new appointment as Supreme Commander of NATO forces in Europe has been put on hold pending further investigation as to whether he too behaved improperly (or whether he is merely a prolific emailer). Ms Broadwell is having her PhD on General Petraeus reviewed by her university – unsurprisingly it is considered a breach of ethics to sleep with your subject. The consequences for Mrs Kelley have been even more interesting, however. Firstly, she has been removed from her lofty position as Honorary Consul for South Korea after being accused of “peddling her influence” by the South Korean Foreign Minister, Kim Kyou-hyun. In addition to her role in the General’s (and soon maybe generals’) downfall, she had also been using her influence to make numerous business deals to enrich herself – while simultaneously driving a cancer charity she co-founded with her husband and sister, bankrupt. Even more interestingly she had apparently used her influence with Generals Allen and Petraeus to provide references to speed up a child custody dispute involving her sister (a case which was subsequently lost).

So are there any lessons to be learnt from this complex (and on-going) scandal? Firstly South Korea should perhaps accept their honorary consuls with slightly greater care in the future. Secondly, perhaps it is never a good idea to archive 30,000 pages of emails to only one person if you’re looking for a new job. Men (and women) working for the FBI should try harder to keep their shirts on. And perhaps most importantly of all, success in one field does not entitle you to behave with impunity in your personal life, especially on the off-chance that your mistress is more than a little jealous.

However, I do have an excellent idea whom President Obama should nominate as the new CIA director: David Petraeus. With one simple announcement, a President with an unblemished personal life could strike a blow against the ridiculous and destructive sexual Puritanism that has ruined the careers of many American public figures (but to which numerous French politicians seem strangely immune). It has been titillating to read the farcical details of General Petraeus’ fling and its continuing aftermath but in the end the Petraeus scandal is just the old story of a long-married man who strayed with a younger woman. Thanks to the rapid modern cycle of humiliation and rehabilitation, he has already been punished (by the media) and paroled. Maybe it is time to let Petraeus get back to work; it would probably also greatly please an apoplectic Mrs Petraeus to see less of him around the house.

Meanwhile, has anyone heard from Mitt Romney?