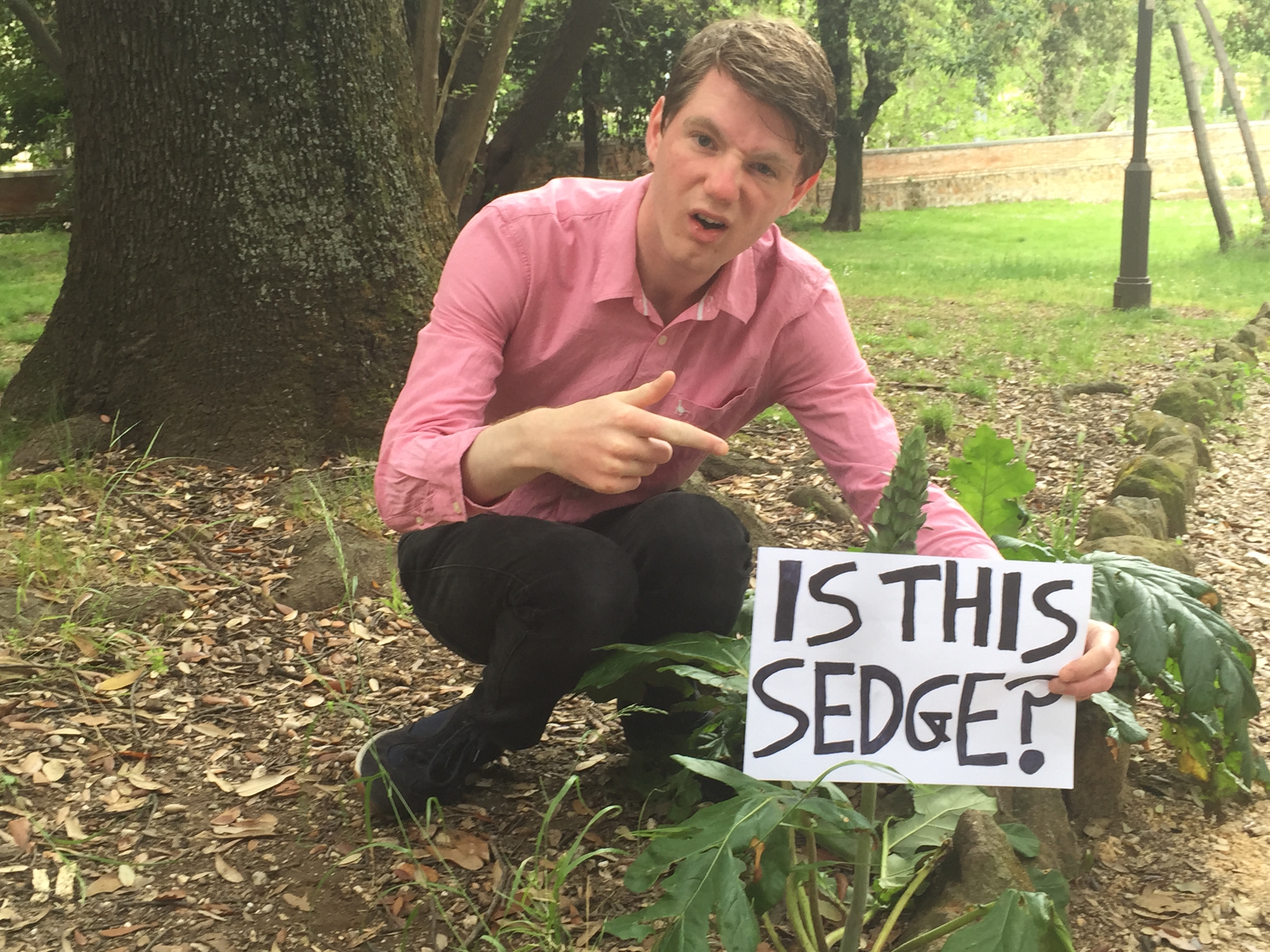 Just doing a bit of revision…

Ah yes, exams, I remember them well: getting up early and going to bed late, having to cram as much information as possible into your brain without actually jettisoning the vital stuff (like, say, your name and where you live), whilst attempting to reach that optimal caffeine intake where you’re neither slumped on the desk like a narcoleptic sloth, nor sitting bolt upright on the edge of your seat, with your hands shaking like a professional masturbator’s warm-up exercise. Worst of all, though, is not being able to drink for fear of a hangover. It’s awful, isn’t it? And then on Facebook you see all your friends from shitter universities going out and having a great time and you begin to think you might have made a terrible mistake. Then, of course, the exams end, you’ve completely lost your tolerance, you get three pints down and before you know it you’re chunder-dragoning outside Subway. We’ve all been there. It being the exam season, and kind-hearted soul that I am, I thought I would alleviate your suffering by relating some of my own examination experiences here in Rome.

For a start, all exams are oral (stop laughing, you at the back). That’s right – all exams are one-to-one interviews with an examiner, who grills you for an indeterminate amount of time on your subject. Now, I can understand the point to this system – it brings a certain intimacy to the exam, and perhaps loosely recreates the lecture environment in which you would be required to deliver information, were you ever to take that fateful plunge and become an academic. However, there is one teeny problem: it’s just so bloody inefficient. The British system is designed to maximise efficiency, whilst also meeting a certain degree of fairness. You are all ushered into a hall and, over a period of ninety minutes or so, required to answer a couple of questions from a list of many in an essay-based format. I mean, even some idle fool who hasn’t even opened the books could surely muster a cogent answer on at least one or two of the many questions offered (that said, it’s well-enough designed that the people who are best-prepared are suitably rewarded). Then, with wrists hurting, you chat amicably – but with an air of veiled competition – about which questions you attempted, before getting royally plastered in the nearest pub. Great stuff.

The Italian system, on the other hand, requires between 10 and 20 minutes for each person, which means that there’s 10 minutes of potential room for error when timetabling it. Multiply this between 60 students, and you could have misjudged the timescale by 10 hours. As a result, the Italians – in their infinite wisdom – have done away with a timetable, and simply require everyone to turn up at 9 o’clock. Then, everyone has to sit outside in the corridor until summoned, one by one, into the room to be interrogated on Virgil’s Eclogues, or whatever.

Perhaps you can detect the rage brimming over my usually jovial facade. This is because I’m writing this as I wait, and have been doing that for over 6 hours and 45 minutes. It’s like waiting in an airport when the flight is cancelled: full of foreigners in a similar predicament to you, all of whom are tired and irritated. The difference is, instead of going somewhere nice after the wait, you’re going to be doing Latin, and there’s no guarantee that you’re going to pass. This is what purgatory must feel like. In this time I could have flown to America. I could have watched the first two Lord of the Rings films. I could have boiled 135 eggs. I could have seduced 0 women.

Eventually, the door opens and some broken-looking student emerges, followed by the by-now very tired looking examiner. You’ve got to feel sorry for the guy – he’s spent literally all day sitting at a desk talking to students who clearly don’t appreciate the subject as much as him, and who grow increasingly tired and defeated as the day progresses. He looks down the list of people, hesitates for a moment, and then slowly and deliberately reads out ‘Hawl Doon-eht’, whilst scanning the corridor. And so, feeling significantly older than I did when I first arrived, I slowly get to my feet, the bones in my knees cracking. It was time.

At least, it would be, except that my sitting in the same position for what felt like an eternity meant that I’ve developed terrible pins and needles in both legs. As I stand fully upright, I involuntarily let out an ‘Ah! Ah! Ah!’, and the examiner asks if I’m alright. I nod profusely in reply and slowly waddle through the door, like someone who’s accidentally shat themselves in public. The examiner now looks at me as if he’s thinking, “These British students are a funny bunch”.

Now, I don’t know about you, but after nearly 7 hours of waiting, I’ve rather let my imagination run riot: I’m mentally preparing myself for anything – picturing an extensive battle of the wills, like that between Professor X and Magneto. You can imagine my surprise, therefore, when he just grabs a nearby book, opens it seemingly randomly at a page, and tells me to read it aloud. I look at him, like he’s mistaken me for an incontinent 5-year old. Was it the waddling walk, I wonder? As I read out the Latin, he sat there with his eyes closed and with a grimace of ecstasy on his face, like John Mayer during a particularly exuberant guitar solo. After about 30 seconds of this, he’s evidently had his fix and, with a flick of the wrist, idly says ‘Basta, basta’ (Enough, enough). Then he asks me to translate it, a thing I do with passable competence. The main problem is that the text in question is an in-depth discussion between two farmers on the pros and cons of various plants. Now, I defy anyone to know the English, Latin, and Italian words for ‘sedge’ at once. I don’t even know what the devil ‘sedge’ is – do you?

After this rather lamentable attempt at multilingual botany, he points fairly indifferently at a point in the text and asks me “What grammatical construction is this?”. I’m suddenly put in that impossible position where I’m clearly expected to know the answer, but really haven’t got a bloody clue. As a result, I um and ah for a number of seconds, pretending to rack my brains for the answer, before taking a stab at it: “Chiasmus?”. There is a very long pause. All the while, he just glares at me coldly, as if I’d told him I fancied his mother. After a silence that felt longer than the last 7 hours, he breaks my gaze, sighs loudly, and mutters something inaudible about appositional parentheses. Then, taking a quill – yes, a quill – from an ink pot, he wordlessly signs a form to say I passed the exam. He hands it to me without making eye contact. I think I must have really impressed him.

The door opens and I emerge exultant from the room. I stride through the middle of the corridor, past the lesser people who still had to do their exams, as their heads turn and look at me in shock and admiration. It’s like the start of an early Madonna video. Behind me, I hear the examiner – now sounding even more tired and defeated – reading out the next name on the list. It was clearly going to be a long day for him. The whole exam experience lasted 3 minutes. It was insultingly brief. I didn’t care though – I’d passed.