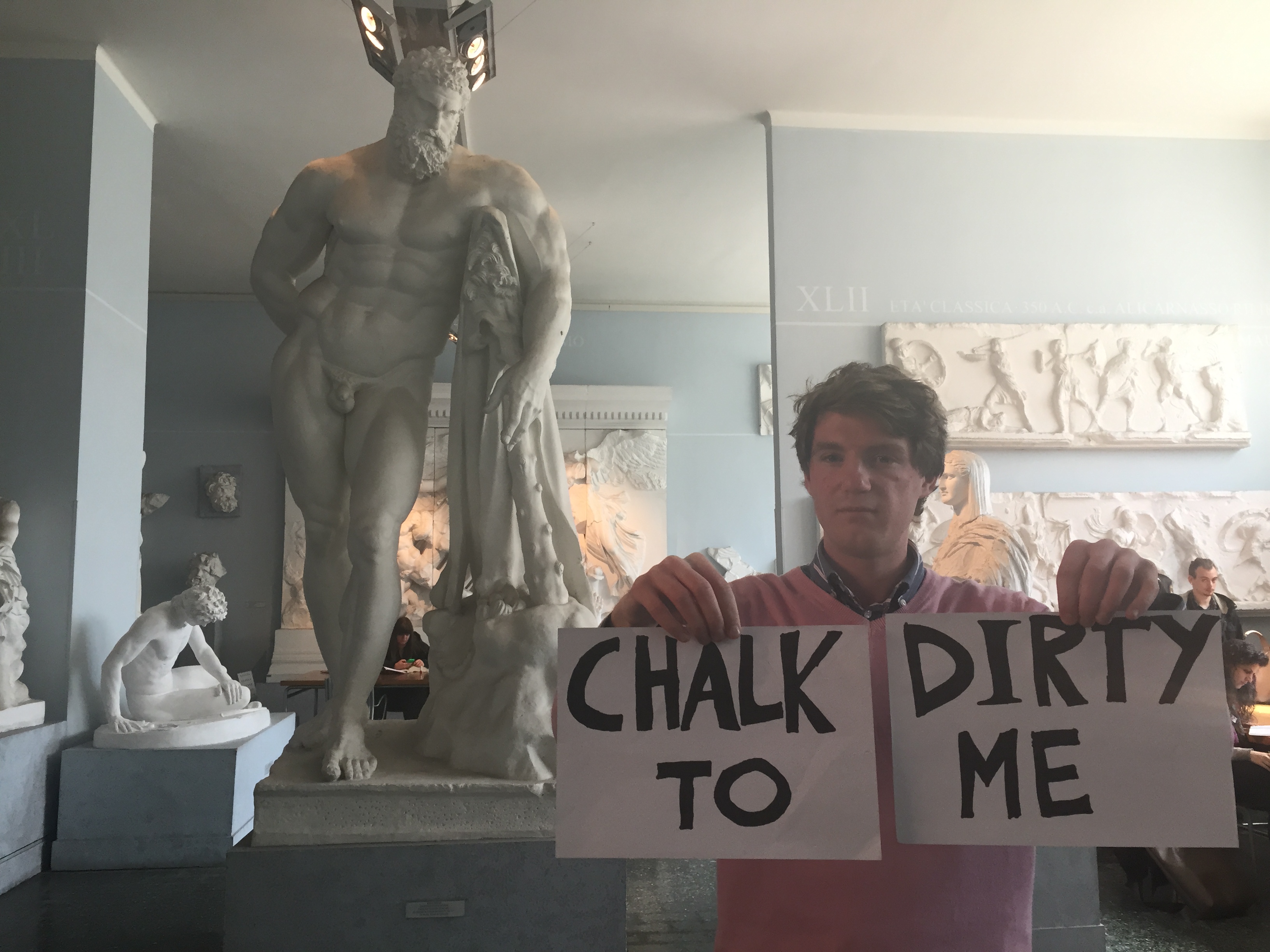 Hercules does not approve

Although I have discussed various aspects of my Italian university, I now feel it would be appropriate to give the administrative side of Sapienza some time to shine. Indeed, Sapienza is very highly regarded within Italy. If, when asked, I tell an Italian I study there, their face lights up, accompanied by sentiments of “well done”, and “you must be very clever”, before informing me their second cousin twice removed – called Giuseppe – studies there and did I know him? They always look so disappointed when I don’t. Italians must think there are only about 11 of us in the entire university, and that, after classes, all 11 walk to the same bar and, with furrowed brows, further discuss our studies, beer in one hand, copy of Plato’s Republic in the other. Aside from the beer- this perception could not be further from the truth- with a population of 117,000 students, I’d have more luck finding the man himself at a ‘Where’s Wally?’ convention.

Of course, a university of this size inevitably has its challenges when moving such a mass of people in and out of tertiary education. Perhaps the most pronounced difficulty is Sapienza’s bamboozling system of bureaucracy, which progresses so slowly, it makes glacial movement seem like formula one. When I first arrived, I was required to get a document signed by the Sapienza student office, and so, dutiful Brit that I am, I headed over. However, it appeared that half of Rome had the same idea, and I found myself in a conga-line of impatient students that snaked around the whole building. At the back, students bickered and bitched about how this wouldn’t happen in their home university, whilst at the front, secretaries, in between the odd sip of coffee, would stamp a couple of documents before taking a well-earned two or three minute break. I tell you, by the time I reached the front I had got to know the people immediately surrounding me really, really well. Perhaps that’s because I’d been talking with them for about four years.

However, whilst I would say Sapienza’s bureaucracy is disorganized by accident – the result of chaos combined with general apathy – their approach to lectures is far more ‘consciously unorthodox’. For example, I have two lectures that start at 8 am, meaning I have to get up at 6:30. It’s murderous. I haven’t had to get up that early since my college fire alarms 2 years ago, and even then, when I was in the flower of my youth, it was a bloody chore. I remember standing outside the accommodation block in my dressing gown with my arms folded, stamping my feet, partly against the cold, partly in fury towards whichever inconsiderate idiot had been blow-drying their hair too close to the smoke detector at this hour in the morning. At least, though, I immediately got to go back to bed. In Rome I have to go to lectures – I mean, can you imagine? I’ve been sorely tempted simply to go out clubbing the night before, taking with me my pen and paper. I would then emerge from the club (some in Rome don’t close till 7:00) and beeline straight for the lecture, sitting there, reeking of alcohol and shame.

The worst is when it’s cancelled, because they never give you any notice. I would get there at 8:09 – give or take – still unaffected by the vast amounts of coffee I consumed to rouse me from my wakeful stupor. There, I would find 60 or so students in a similar state, milling around and groaning loudly outside the lecture hall. It’s like a scene from the Walking Dead. Eventually, after about 15 minutes, the lecturer would – or wouldn’t – arrive. At this point, we would either enter to receive our education, or one of the more alert students would loudly declare that the lecturer was not coming. The crowd would then slowly diffuse across the campus, and most likely back to bed. I, meanwhile, would grind my teeth and consider what on earth there is to do at 8:24 am, when all campus buildings were still closed. Getting up for an 8 am lecture only to find out it’s cancelled is like Frodo and Sam carrying the One Ring to Mordor only to find Mt. Doom is closed for refurbishment.

Indeed, the only refuge at such an ungodly hour is the Sapienza Classical Museum. Although it is ostensibly only open from 9 am onwards, those in the know (i.e. me) know that the door isn’t locked so you can just sidle in. At some time or another, someone at Sapienza clearly fancied themselves as a bit of an arty-farty collector type, because the entire ground floor of the Humanities building is dedicated to statues from classical civilisation. Not the originals, of course (I had to prise that particular factoid from the uncooperative security guy) – they’re replicas, made with enough chalk to make or break the fortunes of every blackboard manufacturer in the Northern hemisphere. However, and I’m guessing here, someone with perhaps a bit more business acumen must have told the would-be collector that they could have their museum, so long as they made it of some nominal benefit to the students. The result is a number of desks and chairs, distributed thinly about the floor space. The stone walls and floor, as well as the statues themselves, also serve to keep the area pleasantly cool. It really is a very tranquil place to work. That is, until I look up from my reading and see Heracles looming over me, like some terrifying yet culturally profound weeping angel. The museum could not be more characteristic of Sapienza: big, blustering, inefficient, and a tremendous waste of money. And yet, despite all of this, the museum – and Sapienza – has a distinctive appeal. Mad, unpredictable, unforgettable. Perhaps you have to come here to believe me.