Fumbling in Erasmus-Land: All Roads Lead to Rome 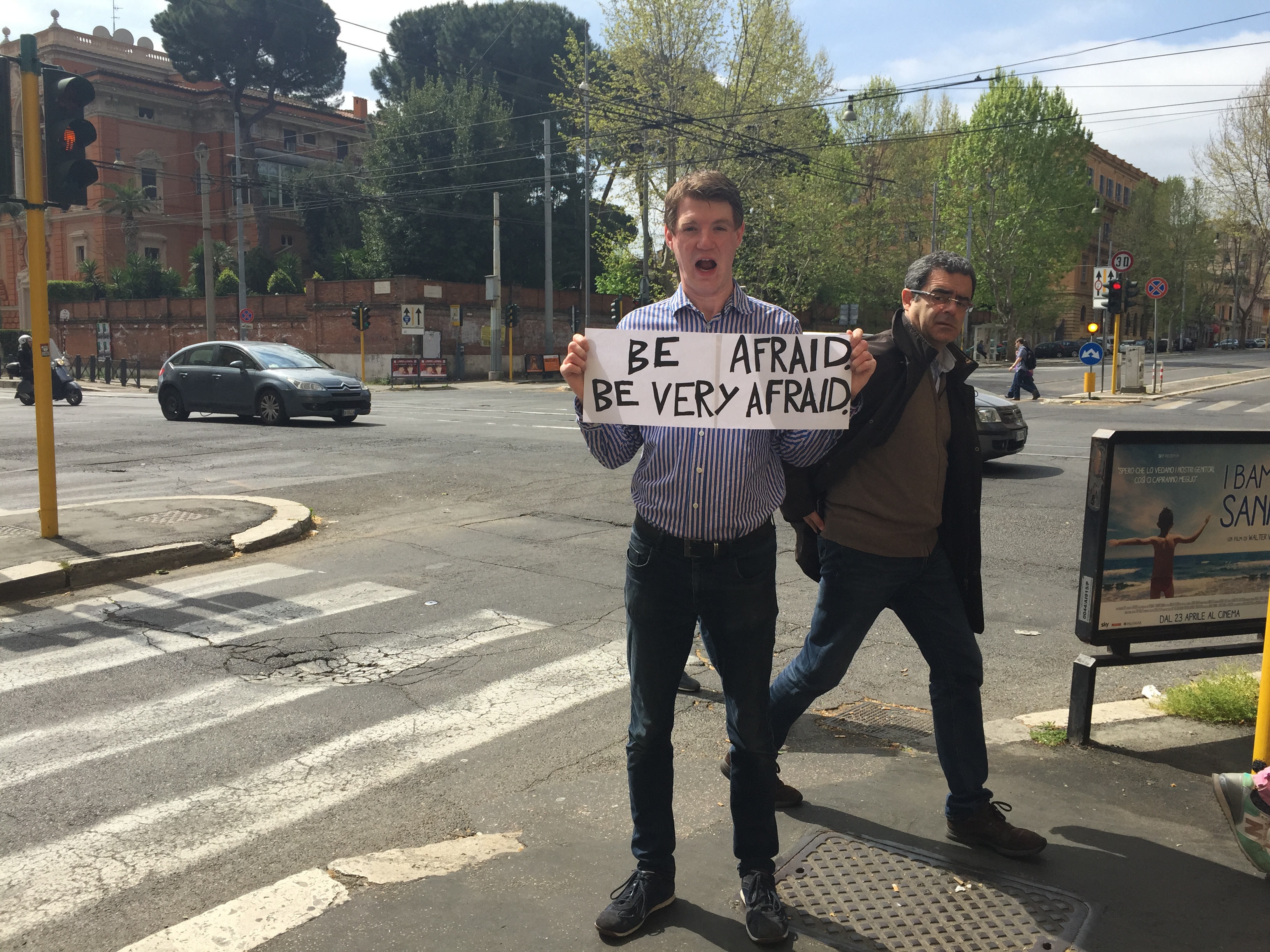 ‘Clearly the Romans aren’t as scared as I am’

They say that all roads lead to Rome. What they don’t tell you is that all roads in Rome lead to disaster. Italian drivers are, first and foremost, guilty of causing this. However, I might start by debunking a myth about them: Italians are not bad drivers. The British are a very polite people – we use “Sorry” as a conversation opener, for God’s sake – and are consequently very cautious on the road, and everyone operates on the basis that, as long as no one strays from the rules, everything will be fine. If something does go wrong, though, the British are far less able to cope, as they never expect it. By stark contrast, the Italians seem to have read the rules of the road with the same attitude as someone reading the IKEA instruction manual, before chuckling heartily to themselves and throwing it out of the window and onto the windscreen of an oncoming vehicle.

They therefore, as you would expect, adhere far less stringently to the systems put in place to ensure their own safety, instead relying on their own wits and driving ability. The result is a country full of drivers who all simply do their own thing. “Oh, I’m going the wrong way, let’s do a U-turn in the road – no one will mind.” And no one does. Everyone expects someone to carry out some rogue manoeuvre at any moment, so all drivers are far more aware of the road around them than any standard Brit.

It does make for scary taxi rides though. It’s common knowledge that taxi drivers everywhere fancy themselves as the heir to Schumacher, and those in Rome are no exception. Rumbling over cobbles, nipping in and out of traffic, and blaring the horn at those absent-minded enough to get in their way, you almost expect them to spray onlookers with champagne when we arrive at our destination. All the while, I, the unfortunate passenger, am tossed around in the back like Barbie in a tumble dryer.

Crossing the road is a perilous affair, I can tell you. Contrary to popular belief, motorists do stop for red lights. However, only the foolish would think they were completely safe, because cars are still allowed to turn into the road during the green man. When our verdant friend does appear, those amassed at the crossing duly shuffle across the road, whilst cars slowly barge their way through, like rugby lads at a disco. It’s even worse at night: after 11 pm, some traffic lights just give up and change both lights to a flashing, wishy-washy yellow, indicating it is now ‘every man for himself’. Crossing the road at this time of night can be like the Hunger Games, only with more danger and less Jennifer Lawrence.

Even aside from these briefest of sorties across that tarmac death-way, the pavement really is no better. With the surface dry and split from the beating heat and decades of rigorous use, there are more cracks on show than at a construction workers’ union. The bins and dumpsters are collected fairly infrequently and so are in a state of almost permanent overflow. People often resort to propping full bin bags up against them, but these occasionally split, leaving rubbish to breeze freely about the pavement, like old people at a garden show. To prevent this, I always make an effort to get my waste actually in the dumpster, but this usually means cramming it in, so the rubbish is precariously peeking out of the top.

Parking is also a nightmare. Although you are allowed to park at the sides of roads, the Italians take this practice a little too far. Often there will be layers of cars parked by the pavement, as tardy drivers unashamedly box in other cars. It’s almost as if the earlier drivers are being punished for having the good sense to arrive in good time and grab the legally designated parking spots. I have often seen drivers standing in despair by their car that has been surrounded by two layers of other cars, sometimes holding down their horn in a vain attempt to summon the numerous car owners required to grant this guy passage. As parked cars encroach on road space, roads can often be considerably narrower in city-centres. This, combined with the Italians’ individualistic style of driving, means that at rush hour the streets are more blocked than a Saudi toilet after Ramadan.

The upshot of this is that you need to keep your wits about you whenever you do literally anything outside the house. Interestingly, as a direct result of this (I suspect), one seldom sees any of those Lycra-clad, two-wheeled, ‘let’s-keep-fit-and-save-the-planet-at-the-same-time’ bastards – or, as the world insists on calling them, cyclists. That’s a plus, I suppose.