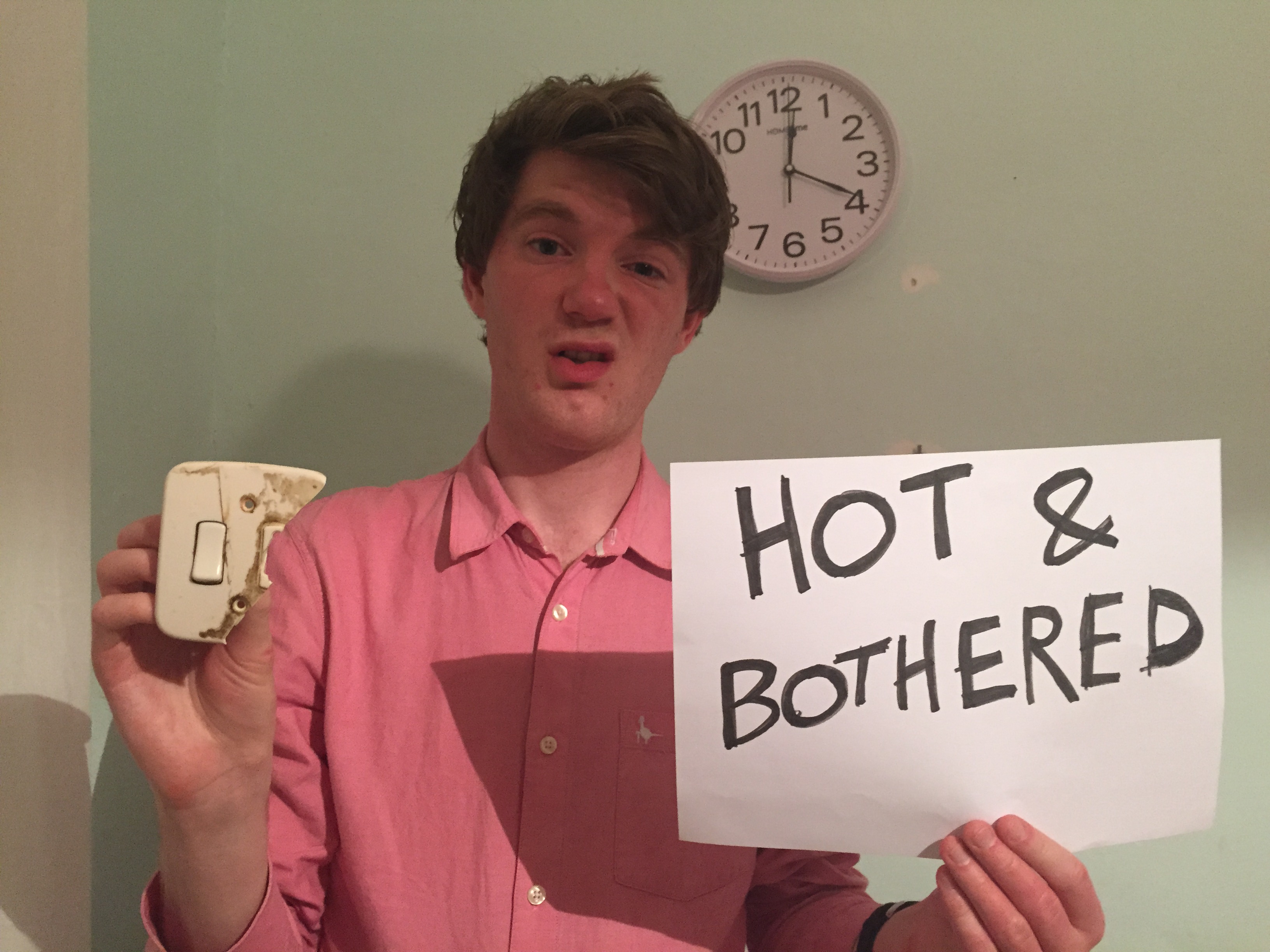 In order to build his home in the Eternal City, Romulus had to declare war on his great-uncle, murder his brother, and orchestrate the mass abduction of innocent young women: none of which has a patch on the difficulties I encountered when finding – and living in – my student accommodation. Indeed, due to Sapienza’s (the university in question) unfamiliarity with anything resembling organization, my placement in Rome was confirmed only weeks before I actually commenced my year at the damn place. I remember opening the abruptly sent email, conveniently written exclusively in Italian. “It pleases us to offer you a site at our grandiose Wisdom college”, read Google Translate’s rough approximation. Although somewhat relieved that I wasn’t going to be stuck in Gap Yah limbo for a year, that feeling was almost immediately replaced by the looming sense of dread that I would now have to sort out a place to live for the next year. After a bit of swearing and hurried bag packing, I was off on the next flight to Rome, reassuring myself with the promise the Sapienza accommodation office Facebook page had made: finding a flat in Rome was “effortless”. No it wasn’t- it was Italy.

Touching down in Rome, I set about finding someone to help me in my quest. Sapienza had endorsed ‘Sturent’, the official accommodation partner for the university. However, their website, whilst boasting an impressive 200 flats in their network, was confusing, hopelessly laid out, and poorly written, not unlike a Dan Brown novel. Indeed, all it offered was the rather cryptic hint that I should find the ‘accommodation office’. No address, no directions, no phone number. Ah, well – it was something, I supposed. Having little else to work with, I headed over to the university campus.

Constructed in the ‘30s during the peak of the fascist architectural movement, Sapienza campus reminds me a lot of Arnold Schwarzenegger trying his hand at public speaking: large, imposing, and not particularly coherent. According to the on-site map, there were four different international offices, so I decided to start there. What followed is my being driven rudely from office to office by interchangeably belligerent, overweight men. None of them have heard of this mysterious ‘accommodation office’, but all of them were equally convinced that the other offices will know, just would I go away so they can finish their game of spider solitaire? Eventually, after one such encounter, some kind-hearted passer-by took pity on me: “Sturent? Yeah, they’re the guys by the Ciao/Hello building”.

Despite its name, the Ciao/Hello building was anything but welcoming: tall, angular, and concrete grey, with CIAO/HELLO written tackily in capitals across the front. It looked like the kind of thing Stevie Wonder would produce if he were on Grand Designs. It also turned out that the ‘accommodation office’, as Sturent call it, was simply a foldout desk outside the building, hopelessly surrounded by a phalanx of advertising billboards.

Three men sat behind the desk. The first is a smiley, younger man, whose name I never got. He spoke fairly villainous English, but it was better than the other two’s, so he tended to do most of the talking, lightening the mood with jokes about how much sex I’d be having in Rome – how we laughed. Sitting slightly behind him was an older man, Giuseppe, who, though clearly the one in charge, evidently thought he’d be doing more with his life than sorting Erasmus student accommodation at a fold-out desk. Consequently, he just sat there with his arms in his lap, staring at the computer screen with a slightly pained expression of glazed apathy. Every now and then he would mumble whilst correcting – in Italian – a mistake made by his more talkative partner, before returning to his default setting of doing nothing. Last – and least – was Andrea, whose only purpose seemed to be to blunder around the nether regions of the English language, attempting to offer concise summaries of what his colleagues had said, with remarkably limited success. From time to time, one of the other two would hand him a form to fill in, and, visibly perking up, he would slowly and deliberately enter the information in capital letters, holding the pen in a clenched fist.

These three men would sit at that desk all day, every day, seemingly – and probably – doing nothing. They were (and still are) always available if I need them (which, as it turns out, is often), but aside from my periodic visits, I can’t work out what they do all day. There’s barely any paperwork on the desk, which, apart from Giuseppe’s laptop, is used mainly as a support for their elbows as they lean in, trying to look attentive.

However, after speaking with them, it transpired that they had somewhat exaggerated the number of flats in their network…by a factor of 100. That’s right – the apartments in Sturent’s portfolio numbered a grand total of 2. The reason for this, they explained, was that landlords were unwilling to rent out to Erasmus students, because they only signed a yearlong contract, as opposed to the customary three years for normal students, meaning they would have to pay a finders’ fee more frequently. They didn’t even seem embarrassed that there were three men manning two flats. Heaven help them if they ever manage to acquire 200 flats – the Ciao/Hello building would become a swarm of estate agents.

So, after giving me directions to the first flat, we agreed to meet there in half an hour. They were, of course, late. I was left standing around for so long, I began wondering if I had the wrong address. Just as I was about to call them, my knights in shining armour emerged: Andrea and The Man With No Name, pootled up on their Vespa, like some rather disappointing sequel to Roman Holiday. After a brief apology (they had had to stop for lunch), I was shown into the apartment block. The inner courtyard is open to the sky and filled with a number of large terracotta pots spilling attractive foliage. Things are looking up…briefly. Entering the apartment, it becomes immediately apparent that it is only available because the previous students must have suddenly died. The wiring had clearly been done by Mr. Bean. The light switch in the bathroom was missing half its casing, exposing live wires to the fumbling wet fingers of inevitably drunken Erasmus students (see fig. 1). Upon voicing my concerns to my accompanying real estate professionals, saying this wouldn’t happen in England, Andrea shrugs and says, “Well, this is Italy”. Indeed it is.

In some alarm, I ask to see the second flat. This, says Andrea (the stupid one) brightly, is as good as it gets. A fabulous apartment – well appointed, affordable, ideal location. The talkative one, on the other hand, sees the benefits differently. Being centrally located in the student area, this flat is the equivalent of living in the centre of a spider’s web of sexual opportunity. I began thinking he’s misjudged his audience, as if, arriving in Rome like a triumphing general, I would proceed to scorch a blazing trail through the opposite sex like a student through a crate of Newcastle Brown. Despite their enthusiasm, the flat itself is an unquestionable slum. Not only that, but right across the narrow street, a four-lane freeway is in a late stage of construction. When I said I wanted life in the fast lane, I didn’t mean under it. Like having to choose between a date with Kim Kardashian or Kanye West, I chose the former.

So what about living in the flat itself? Well, it’s in a good location – only a twenty minute walk from lectures. Apart from the woman in the flat above us, who’s nocturnal and only wears high-heels, (and therefore clip-clop-clip-clops up and down like a tap-dancing horse during the early hours), the neighbours are pretty good. We even managed to fix the wiring, though we did have to use a wooden spoon to turn on the lights for a couple of weeks. My main problem is the heating, which has been on since October, effectively turning the flat into a sauna. We spoke to Giorgio, our porter, about it, but he wouldn’t turn it down in our flat because, in his own words, “you English have to get used to Italian heat”. Cheers, Giorgio. In fact, while we’re playing the ‘cultural assimilation’ game, why don’t we lock you in the freezer? It’ll get you used to a British winter.