From Russia with love

Lauren Higginson in Columns on 4 December, 2011. 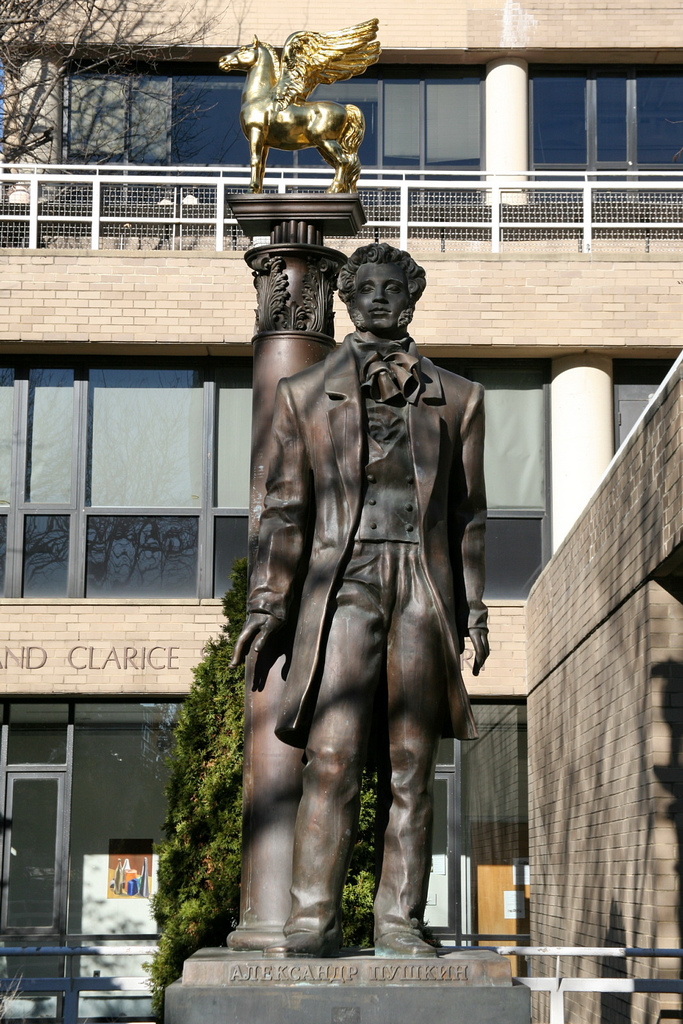 Alexander Pushkin, in all his glory.

Reading through my previous column entries in search of inspiration for this week’s, I was suddenly struck by the somewhat pervasive negativity and general sense of Russia being the land where all things can be ranked from mildly unorthodox to downright insane. Whilst I must stress that the latter is probably true in most respects, it set me to thinking: what do I really love about Russia? I pondered the question long and hard before deciding that, undoubtedly for me, the most endearing, fascinating facet of the Russian character is by far their pride in their country.

Obviously, I’ve been aware for some time that Russians feel what can only be described as a deep, spiritual connection to their history, with matters of the national ‘soul’ never being far from their thoughts. And, when I posed the aforementioned question of ‘what you really love about Russia’ to my students, I could have accurately predicted at least two-thirds of the barrage of answers which flooded my way: Pushkin, our Art, the fact that we won all the wars (including the First World War, apparently…), first man in space, the spirit of our people, our Empire, the first radio (I have no real clue how much truth is in this one, or any real desire to find out…).

My immediate reaction to their harmonious chorus of Russian triumphs was, as always, coloured with a socio-historical bias. It sounded more like a recital of nursery rhymes – instinctive, automatic. And, no doubt, if I searched long enough I could probably find the school textbook which lists the glorious successes of Mother Russia in the order that they spouted them. However, remembering that I was supposed to be looking for the positives, I decided to take a step back. After all, these were teenagers. I wonder how many British sixth formers, if posed with the same question, would be so quick to unanimously declare their esteem for Shakespeare, Byron, Stephenson. Irrespective of the reasons behind it, nothing could be more abundantly clear than the fact that Russians – even this generation of teens – truly know and appreciate the positive facets of their country’s history. They would never attempt to deny Russia’s problems – in fact, most are more than prepared to assert their disdain for its government (very recently, one man told me that there really was only one option – to chop off the government’s heads) – but they will certainly never discuss them without an impromptu accompanying lecture on all that is great about it.

In Britain, our understanding of the terms ‘national pride’ and ‘patriotism’ have, in recent decades, been somewhat sullied. Nowadays, they are more often than not employed to mask ignorant and racist political views. It seems sad to me that something which, in its intended form, signifies stability, satisfaction and confidence in one’s own identity, now teeters on the edge of taboo as we, fearing its implications, avoid any assertion of pride in our national culture or history. My experiences here have shown me that national pride is far from synonymous with ignorance; in fact, on the contrary, it indicates the ability to understand and discern, acknowledging the bad and drawing the motivation to change it from the good.

So, there we have it: some much needed positivity. And who knows, if I follow the ardent advice of my lecturers, students, shopkeepers, drunks on the metro (OK, the latter may be slight exaggeration) and russify my ‘soul’ by reading more Pushkin, there may be more to come.