From Croissants to Crumpets: A Homecoming 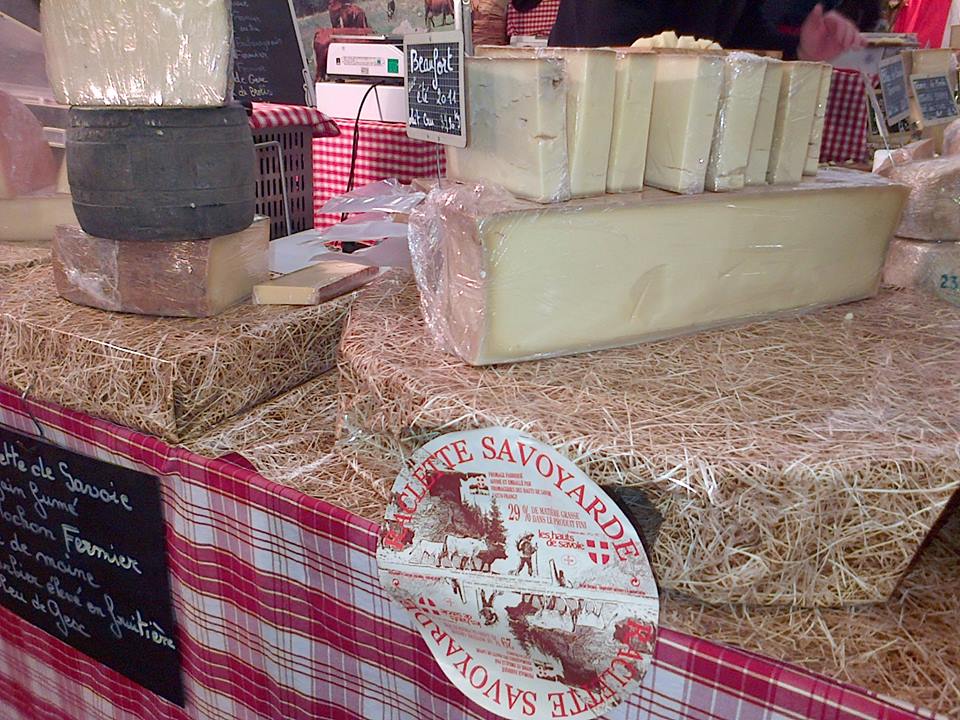 Some of the culinary delights found in the French region, Burgundy.

“Chocolate digestives, minstrels, liquorice allsorts, hobnobs, teacakes, crumpets, Galaxy, wine gums…do you think this is excessive?” My shopping basket is starting to resemble that of a pregnant jelly baby. Has some great cosmic power decreed an end to British confectionery, culminating in stockpiling and bulk-buying as every chocoholic and sugar-addict in the country goes into panic mode? No. This is more serious than that. I have just returned from France.

This is my first trip to Tesco since I set foot once again on the shores of merry old England, and it’s safe to say that I have gone a little bit wild. Some people, having been abroad for several months, might miss the monuments and iconic sights of London. Some might miss England’s bookshops and its newspapers, the coffee-shops tucked into obscure corners of cobbled streets. Others might yearn for the chalk cliffs of the south or the moors and crags of the north. Apparently, eight months’ absence from England has manifested itself for me in cravings for processed sugar and familiar packaging.

Admittedly, it does feel like a bit of an insult to France – deservedly considered one of the culinary capitals of the world – that after eight months of beef bourguignon, fantastic cheeses and surprisingly tasty snails, I should be bulldozing people out of the way to get my hands on a packet of wine gums. But the shiny, aluminium faces of Bertie Bassett, Baby Bonny and Boofuls (yes, I know the names of the jelly baby characters) gaze up at me beseechingly. I’ve betrayed them for too long, waltzing around Europe tickling my tastebuds with croque monsieurs and almond croissants. It’s time for me to come back to my sugary, mass-produced English roots.

I have been in France for the best part of a year, allegedly “teaching children English”. This will remain the official definition of my year abroad, but I should probably admit that it is rather a loose one. Said children were, in general, a lovely bunch, but learn English they did not. Having said that, there is a certain charm to being greeted at 3pm by an enthusiastic chorus of “Good moooooooorning Rozeeeee!”, and I’m confident that by the end of eight months’ teaching, a few of the more accomplished ones could have written me a pretty decent shopping list, providing that I were making a fruit salad and didn’t require anything with more than two syllables. Other vital aspects of “teaching English” involved swanning off to Paris most weekends, trying to look cultured and intellectual in various art galleries and museums, shocking the conservatively-dressed French by wearing many, many floral prints and spotty shoes, eating lots of exciting food and generally basking in the incredible French-ness of absolutely everything.

I wasn’t really sure what to expect from my return to England. A royal reception on the white cliffs of Dover would have been nice, or a hundred-trumpet fanfare as the prodigal daughter stepped off the ferry, or at the very least a tearful family reunion under the P&O banner, running into each other’s arms to the soundtrack of ‘Chariots of Fire’. Disappointingly, but perhaps a relief to my parents, it was none of these things. My brother was still away at university. My sister gave me a quick hug on the doorstep and returned to her English homework. Things went on pretty much as normal.

Now that I’ve had time to readjust to being back in England, my Year Abroad seems strangely far away. Sitting in a very English living room in Sussex, wrapped up in several jumpers and watching the rain trickle unappealingly down the grey roofs of the houses opposite, it seems odd to think that I have friends scattered across Europe and beyond, heaps of treasured drawings from children in a small town in Burgundy in my cupboard, and, most importantly, memories of a pretty incredible eight months to look back on.

It’s true that I spent a significant amount of my time in France indulging in that oh-so-British pastime of complaining. The French have never encountered the concept of queuing for a bus. There is no point even attempting to do anything in town between the hours of 12pm and 2pm, when they all knock off for lunch. Hand in a vital form to be signed in October, and you’ll be lucky to have it back in your hands by March. And their slogan for advertising McVitie’s biscuits (“It’s English, but it’s good!”) is downright insulting.

And yet, despite the odd moment of frustration which inevitably comes from integrating into another culture, I have grown to love France and the French. I have never been more scared, stressed, or constantly tearful in my entire life than I was in the month leading up to my departure for France. But, as somewhere in the back of my mind I always knew it would, my Year Abroad turned out to be fantastic and I feel immensely lucky to have had such an exciting opportunity. I do miss France, and I hope I’ll be back. But for now Durham is calling, and if Tesco’s jelly baby supplies suffer as a result, I can only apologise.