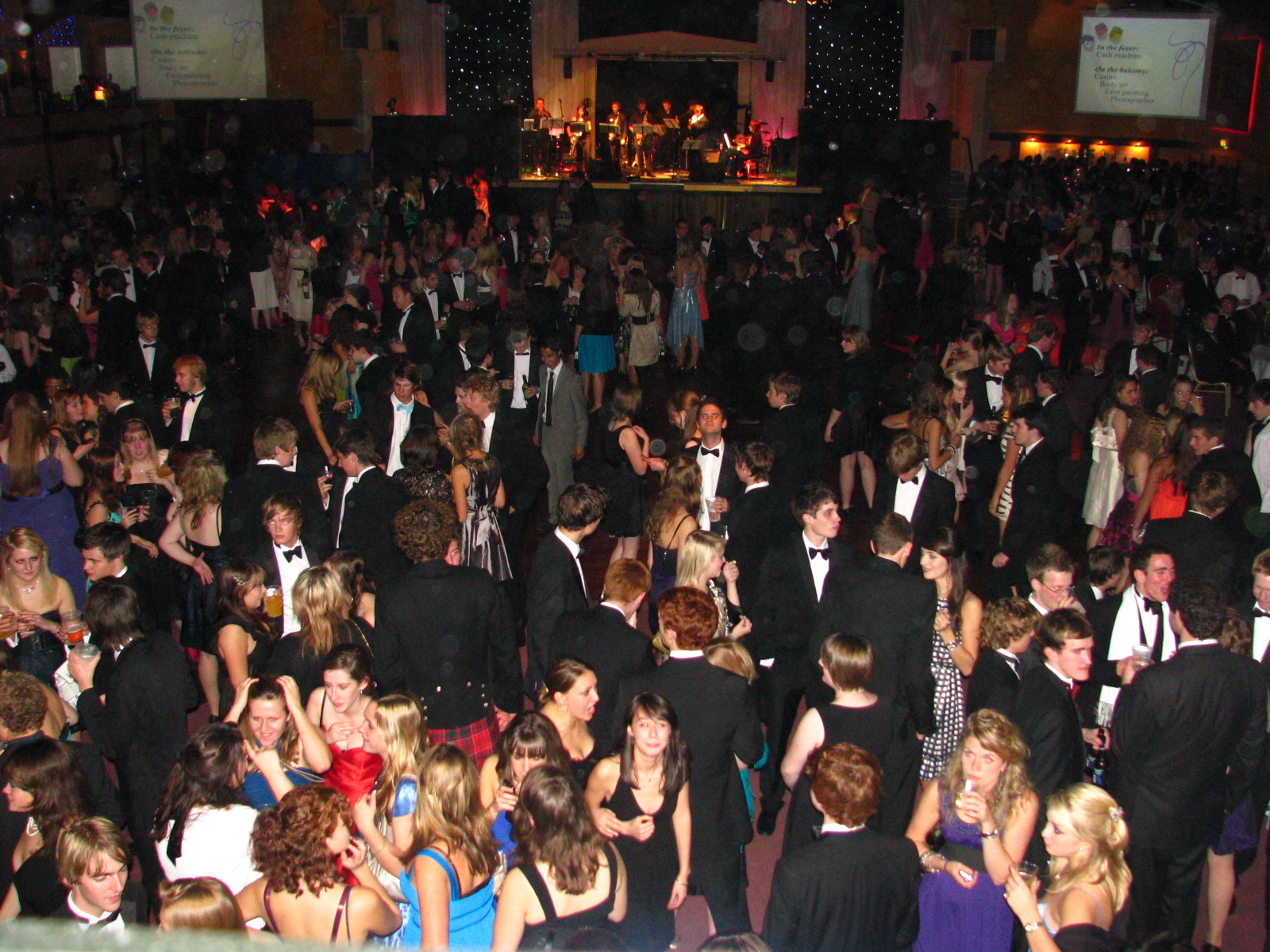 The Freshers’ Ball. How many of these people will become genuine friends?

I blame my severe lack of work this term on the fact that I have been adjusting to the weirdness of second year. Other than the general freakiness of living in a HOUSE with people who aren’t your family – and who, despite the tendency in Durham to pretend otherwise, you have only known for a year, and lived with for even less than that – a lot of things are different. After you’ve got over the fact that you have a living room with SOFAS and a TV you realise that your friendships have changed.

Living out means it’s a massive effort to see people who don’t live with you or next door. I don’t know how males ever meet up with each other because in my experience, if you ever want to see your male friends again once you’re out of college you have to resign yourself to initiating and arranging ALL contact. I’ve heard lots of girls whinging about this, so hopefully it’s not just that every boy I know is trying to weed me out of their lives. And of course girls can be just as bad at this laziness, myself included.

In second year it slowly dawns on you that many of the people you’d spent the previous year happily terming your “friends” are actually (and always were) just acquaintances. You would never bound into their houses for a spontaneous (or planned) cuppa and would never invite them, unless part of a big group, to yours. It would be overstepping the non-friend boundary.

Personally, though I call a lot of people “friends”, I’ve taken to categorising them in my otherwise disorganised, art-studenty mind. I have fewer than ten Close Friends, who I would tell anything to. I have 15 to 20 Friendly Friends: people I would chat to about most things, whinge to about my love life, but wouldn’t tell anything particularly sensitive and wouldn’t feel comfortable spending hours alone with. And then I have a lot (I’m not claiming to be mega popular, I’m just quite good at remembering names and faces) of Non-Friends: Course Friends, Acquaintances (some of these upgrade to Friendly Friends when we’re both drunk) and Facebook Friends; my only bond with the latter group is our mutual decision to ignore each other. These categories aren’t inflexible: some of the Non-Friends have the potential to be Friendly or even Close Friends, but the transition never quite happens, and I’m starting to realise that some of my Friendly Friends need (mental) downgrading.

Most people would admit that Durham friendships and relationships are ridiculously accelerated, and not just in terms of leaping into bed with someone you met an hour before. This acceleration is inevitable at uni, what with most courses being only three years, everyone living practically (or literally) on top of each other, and people usually (excluding those who came with their whole school posse) not knowing anyone so jumping at (or on) new friends, but it means that friendships aren’t so gradually formed as in real life and are often less solid as a result. In a bid to look and feel popular, we think (and like others to think) we know people better than we actually do.

Recently, at a friend’s huge birthday meal, I started wondering: if we were all made to do a quiz on the birthday girl, would many people would get more than 30% correct? Just a quiz of basic questions like what course she does, how many siblings she has and what her boyfriend’s name is. In our weird Durham relationships we often skip to getting wasted together and talking/sobbing about our love lives before we think to ask standard questions that would come first in real life.

I reckon that (though perhaps third year brings a new level of bonding) there aren’t that many Durham friends we know really well. How could we, when we’ve known them so little time, when we usually see them in a state of inebriation, when most of them have no idea about our pre-uni life/personality and have never met our family or seen our actual house. Real friendships come from time, living in a house with them, seeing them in different contexts (i.e. not just in Durham) with different people, and real friends are the ones you make the EFFORT for, and who make effort for you. Boys take note.