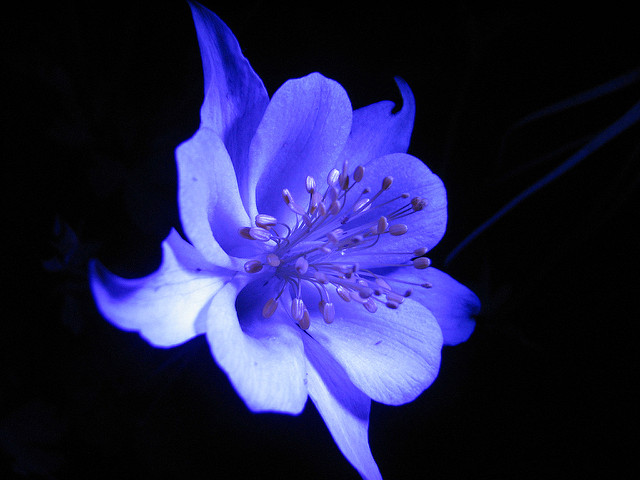 This week, among the annoyance brought by snow, strikes, and the new snapchat update, I found something wonderful on the National Geographic website. Last week, they released an article titled ‘Pictures Capture the Invisible Glow of Flowers’. To summarise (not plagiarise), photographer Craig Burrows used ultraviolet-induced visible fluorescence photography (UVIVF) – with a 10 to 20 second shutter exposure for perfect clarity – to reveal never before seen colours and sparkles (yes, sparkles) on the petals, stems, and leaves of everyday flowers and plants. When asked why he loves flowers as artistic subjects, he replied: ‘They can’t run away’. That is a little weird, I would say. However, his project produced some amazing results1.

Flowers are not the only things that reveal new colours under UV light. The coral Lobophyllia hemprichii changes from green to red when exposed to blue or UV light. Another example is the shark Etmopterus lailae, which is found 1,000 feet below the Pacific Ocean off the coast of the North-western Hawaiian Islands and glows in the dark. Research has been conducted into why flowers, coral, and this shark species possess these qualities. The shark species is a little more obvious – it is not uncommon to find creatures in the darkest parts of the sea (below the euphotic zone) that possess evolutionary qualities that help them survive. They are exposed to extremely harsh conditions, such as little oxygen, little food, no sunlight, and persistent cold. It is common for these creatures and the plants that exist down there to possess bioluminescent qualities. It can provide light to see, a way to attract prey or even seduce a mate.

When it comes to flowers, it is way more difficult to explain why they light up the way they do. The National Geographic article reports that some research suggests that UV dark areas in flowers are required to attract pollinators, but this is yet to be proven. What is most revealing about these pictures is that they are clearly present in everyday objects and yet cannot be perceived by the human eye. So, being the super curious person I am (like that infuriating person who walks back into the house in a horror film), I wanted to find whether there are creatures that can see these effects. 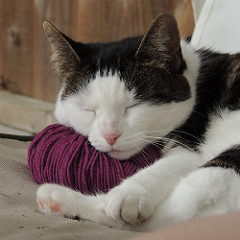 By researching lenses of dead mammals (donated to science, post mortem – please don’t be sad), researchers found that some mammals do not have the same lens that humans possess which block out UV light. This is theorised to be a collective result of evolution. This allows reindeers to see polar bears when they are nearly the same colour of the snow and dogs and cats to find food easier in the wild. This could explain a lot about why cats find everyday objects so exciting, as a lot of the chemical substances added to everyday objects, such as paper, laundry detergent, and (of course…) balls of wool glow under UV light.

1Due to copyright issue, pictures by Craig Burrows cannot be included in this article. They are currently available at this link.