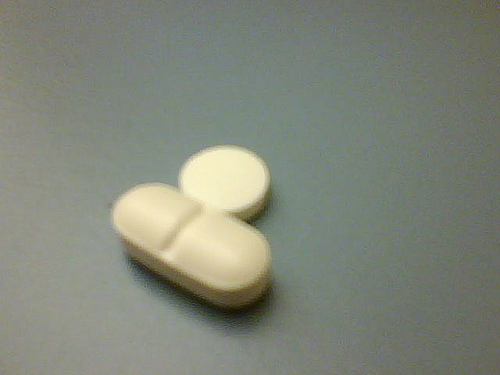 Things weren’t working out. There had been more trouble at work – as if that thing with the secretary and the paperclips hadn’t been enough. And my father still wouldn’t come down from the attic.

I took the sleeping pills after Carol had gone home. I had told her I had a headache and that I needed to listen to the late-night pulsations on the pirate new-age radio station. I lay down on the floor and felt my heart-beat fade away.

When I woke… it wasn’t what I had expected. I felt half-conscious, maybe only quarter. Slightly nauseous. I was in a kitchen, but not the one I had gone to sleep in. And I couldn’t move, but I found myself being dragged over to the kettle to make a cup of coffee.

I gradually realized that I was somehow draped around a woman, like a pall of cigarette smoke. I wasn’t sharing her body; it was more like being in her slipstream. She was aware of my presence, but said nothing. I was able to understand some of her thoughts: they were mostly to do with unpaid bills and someone called Michael.

It’s been a few weeks now, and things haven’t been bad. I don’t miss being able to do anything, not having a body, any of that. Not that Anne gets up to much, but I don’t have any worries. Occasionally, for a few hours, she might feel good, and I find myself beginning to ebb. But I always regain my strength, and she has to close the curtains and watch television with the sound turned down, waiting to fall asleep.

I haven’t met Michael, but I’ve heard him on the telephone. I’m at my best when she’s thinking of him. I fill the room like feedback. I coruscate through her.

Of course, it’s sad that she has to feel this way. But a guy’s got to live. Besides, if things get too bad, she’ll go to a shrink and I’ll be coaxed out of her. I heard her saying that to herself last Thursday, as she was emptying the bin. I wonder what that would be like – two people in the same room as me, talking so intimately about me, not knowing that I’m listening in.

And anyway, this way I get to look into another person’s dreams. Which was always a dream of mine.