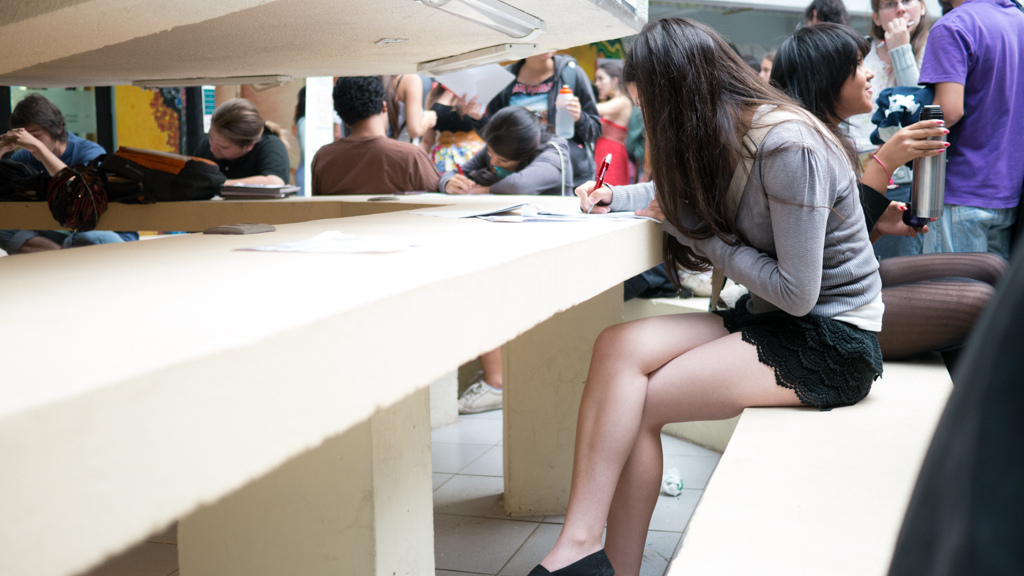 Young voters can make a difference.

It is not surprising to hear that currently, 30% of 18 to 24 year olds remain unregistered before the 2015 general election.

What is surprising is that it is only 30%.

As an 18 year old, with fairly elementary knowledge about the political process, and numerous personal matters to be dealing with right now, I am finding it hard to think about where to cast my vote in the summer. To be honest, at times I have found it difficult to justify why I should vote at all when all the parties’ spins blur together to become a mass of vague promises.

Of course, I have had my parents, politics students and the media tell me off for having this attitude. But it is hard to feel moved by this preaching, when it seems like there is little being done to get younger people engaged in politics. Talking to other students, it appears I am not the only one with this view. It seems that politics may have hit a brick wall with our generation.

In some ways, this is not new. Younger people are unlikely to feel the same as their parents and the older generation. What is perhaps quite unique for our generation, however, is that we are at a place where gaining universal suffrage in Britain still seems an amazing democratic achievement, but one that occurred too far back in history to really connect to us. It seems that the thrill of democratic change has worn off.

Plus, part of me cannot help but think that our lack of interest in politics is simply due to boredom with the current mundane nature of politics. It is startling to think that, from when I first became politically conscious in secondary school, I cannot remember living in a time not dominated by the recession. In the past few years, this has brightened somewhat to ‘recovery’. But, this still does not exactly make thrilling news headlines.

Here, attention turns to the recently elected Marxist party, Syriza, in Greece. Calling for ‘anti-austerity’ measures, this extreme-left party have become one of the most radical, and possibly worrying parties for Europe. However, they have been voted in for a reason. People are tired of hearing the same old political strategies that, they feel, achieve the same old insufficient results. It would be interesting to see whether an extreme left party could have such similar success in Britain as it has had in Greece.

Even now, a somewhat similar situation can be said to be seen here in Britain, with UKIP’s rise illustrating the older generation’s discontent with some of the mainstream parties’ policies. However, it is notable that a large proportion of the younger generation have expressed an avid anti-UKIP stance. We do not seem to be drawn in by the potential allure that some of these non-mainstream parties may have, of controversy and rebellion against the existing social and political situation. Despite possible discontent with existing politics, we are not convinced by this type of controversial politics and its politicians.

Pragmatically, I feel that our generation do need to become more passionate about the political scene. After all, the winning party at the next general election could potentially be affecting issues directly related to us such as education, health and employment.

But have childish antics in television party debates, and disengagement between politicians and the younger generation, damaged our ability to perceive our vote as valuable?

Nigel Farage and Russell Brand’s outburst on Question Time last year caused controversy as some considered Brand’s call for a revolution idiotic and out of touch with the nature of the programme. Similarly, it’s hard to read a politics article and not see one politicians’ bitchy quote posted against another. With rumours of a seven-party television debate, is the political arena destined to become ever more complicated for us students?

Even trying to read about the general election online, it does not take long to come across the comedian Al Murray’s plan to run against UKIP leader Nigel Farage in the general election. This satirical stance of celebrities could account for why so many younger people are disengaged with politics. With celebrities being portrayed as idols nowadays, they appear more inspiring than Miliband or Cameron.

It seems unclear what existing politicians can do to familiarise themselves to us, and get us more interested in voting for them. One solution might be to increase education on political matters in secondary school so political debate is not just restricted to those with the prior knowledge. However, we are at risk of coming dangerously close to transforming politics into a dull, fortnightly subject studied from textbooks, which could cause students to despise it.

Perhaps the key is to sprinkle some youthfulness into the whole political process. There have been multiple stories of under 22 year olds standing for by-elections. As yet, none have been successful. But is this the solution to ensuring politics speaks for younger people? Is this the route that young people should take to actively shape politics as well as get other young people interested in it?

The amount of younger people who turn out to the upcoming election is unlikely to cause a serious effect in the short term. What seems more worrying – and even I am worried – is that in the long run, generation after generation will adopt our casual stance to voting and become more agitated and angry at their lack of connection to politics. Perhaps we should do a favour to the next generation, and consider our political involvement, to ensure that our democratic right does not disappear with history.